"Asian Infrastructure Investment Bank is a valued partner for Turkey"

Bülent Aksu, Treasury and Finance Deputy Minister, stated that they have been meeting with AIIB officials since last Wednesday and that they are evaluating potential projects and areas and this conference will create a platform for the Turkish private sector. Recalling that AIIB was founded in 2016 and is the youngest multilateral investment bank in the world, Aksu stated that the bank has 93 members. The bank within three years, all the major rating agencies, winning the triple A rating expressing himself proved Aksu, "aııb the slogan" Lean, clean and green. "Valuable partner for Turkey since the Bank's organization. Turkey, the bank's tenth largest in terms of capital shares is a member. Turkey, $ 800 million is the third largest recipient of two projects with the bank. AIIB the day it was established and has approved 35 projects since its members have pledged 7.5 billion dollars, "he said.

Expressing that the demand for infrastructure is high in the Asian region, Aksu said, "According to the Asian Infrastructure Investment Bank, the infrastructure financing gap in Asia is approximately $ 459 billion per year. Turkey, economic, social and political role model in their region properties. At the point where the intersection of three continents, Turkey is also a major transportation corridor. We have also completed many mega projects that have a regional impact in the past 16 years. Turkey, for large infrastructure investments in the medium term will continue to offer great potential, "he said. Stating that there will be 3 meetings in the fields of energy, transportation and tender, Aksu said, "Big energy investments are needed. There are many clean energy projects in Turkey. Turkey has completed the transportation mega-project for the last 17 years. The Turkish private sector has the capacity to provide quality and quality service. AIIB is considering financing some projects. "

"Turkey is an investment center with a solid infrastructure"

Activities occasion of the Asia Pacific countries with a way for Turkey's future plans, maps indicating they would try to draw DEIK Nail Olpak "Turkey, between Europe and Asia" transcontinental bridge "takes on the task and also can play an important role in the region," he said. Turkey robust infrastructure, and a large domestic market of young, educated and productive workforce, liberal and reformist investment climate and investment center with close proximity to the emerging region "made the assessment. Turkey in recent years, especially the ability of infrastructure investment and potential showed that expressing Olpak "3.Havalim new, renewable energy projects, city hospitals, the BTC pipeline, Kars-Tbilisi-Baku for major projects such as rail, especially public-private partnership (PPP) models we have the ability to build. It is very important that Turkey's presence and the coming together here today, I believe we should work to develop these assets for our mutual benefit, "he said.

Stating that the Belt and Road project, which is important for the region, is closely followed by everyone, Olpak said: "Asya Infrastructure Investment Bank and alternative financial resources are very valuable and important. As DEIK, we want to improve our institutional capacity in the Turkish private sector and improve our relations with the region, as we do now, especially to improve our corporate network in finance. Apart from China, Turkish companies have an increasing economic interaction with India, Vietnam, Thailand, Bangladesh, Indonesia and Malaysia in recent years. Our strong construction and infrastructure sector can develop new missions in these countries. We also witnessed the first steps of Turkish energy companies in the region. The high population and the growth potential of the region can be an important investment place for the Turkish energy sector. aııb financing for projects which Turkey is included reaching about 1.4 billion dollars and 100 million dollars is currently evaluating an investment in the country. Turkey's Industrial Development Bank (TSKB), sustainable energy and infrastructure lending facility that Salt Lake underground gas storage facility, the Trans-Anatolian Natural Gas Pipeline Project (TANAP), some are important examples of AIIB projects in Turkey. "

After the opening speeches, the Asian Infrastructure Investment Bank shared information about their activities in Turkey and the energy, transportation and infrastructure & cities was conducted in panel supply issues. Hakan Yıldırım, Chairman of DEİK Energy Business Council, stated that a new breath is essential for the region and the Turkish energy sector in the search for alternative financing, and he hopes that the increasing interaction with the recent AIIB will be crowned by new investments. 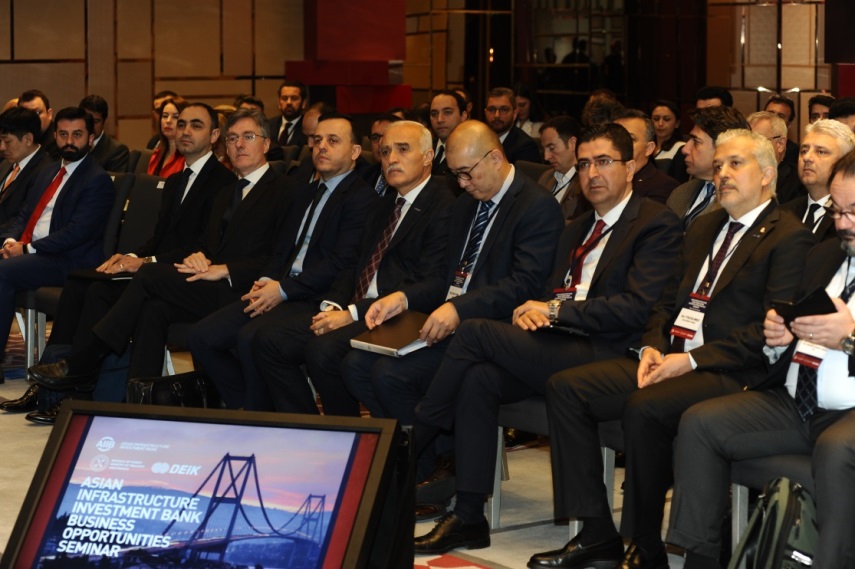 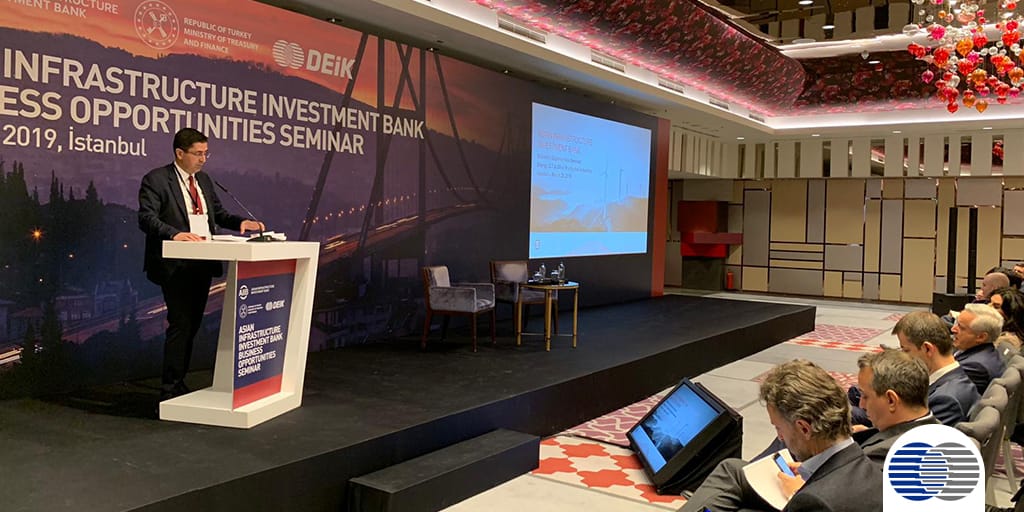