The second meeting of Turkish-German Energy Forum, organized as part of the official visit of the German Minister of Economy and Energy Peter Altmaier, was held in Ankara on October 26, 2018, in the organization of the Foreign Economic Relations Board (DEIK) hosted by the Ministry of Energy and Natural Resources.

The energy potential of cooperation between Germany and Turkey for the implementation of a letter of intent was signed between the ministries of the two countries. Stating that the work in the fields of cooperation included in the letter of intent will continue rapidly and result-oriented, Minister Dönmez said he believes that the bilateral cooperation that reaches a certain level will further develop. The importance of the geopolitical position of Turkey's growing "Europe's energy supply security starts from Turkey" thesis said that reinforce each passing day.

German Economy and Energy Minister Peter Altmaier said that Germany is a leading country that produces energy. Altmaier, other countries will continue to use nuclear energy and security that requires great expertise in this subject, Germany's cooperation with Turkey could be done, he said. Emphasizing that energy consumption and economic growth should progress in a correlation, Altmaier said that Germany is going through a transformation process and that they want to move from lignite and coal to renewable energies. Altmaier said that they are working on renewable energy laboratories in Germany and that they aim to form working groups in these fields. Altmaier indicated that it is ready to cooperate with Turkey and German governments and said "This relationship must build networks around, we must consider very concrete projects. We have to discuss the framework conditions. We want to make the next forum in Berlin. I jumped in Turkey difficult economic conditions, we had some problems but we must look to the future".

DEIK President Nail Olpak said that, President of Turkish Republic Recep Tayyip Erdogan, a month before the visit to Germany, recalling that they met with top executives of the German business, voiced agreed is done in Turkey similar foot of the same meeting. Olpak, highlighted German firm's investments made in Turkey and said that German companies' experience for many years in Turkey, were satisfied both of the parties in many aspects.

As a company operating in the energy field and try to differentiate future of the industry from fossil fuels to a greener environment, E.ON Chairman Johannes Teyssen said, "In this sense, there are opportunities in Turkey and Germany. We can win our independence from fossil fuels," They work with Sabanci Holding in Turkey and noted that they invest up to 11 billion USD. Mr Teyssen, drew attention to the importance of incentives. Teyssen pointed to the importance of re-creating an environment of stability and trust. 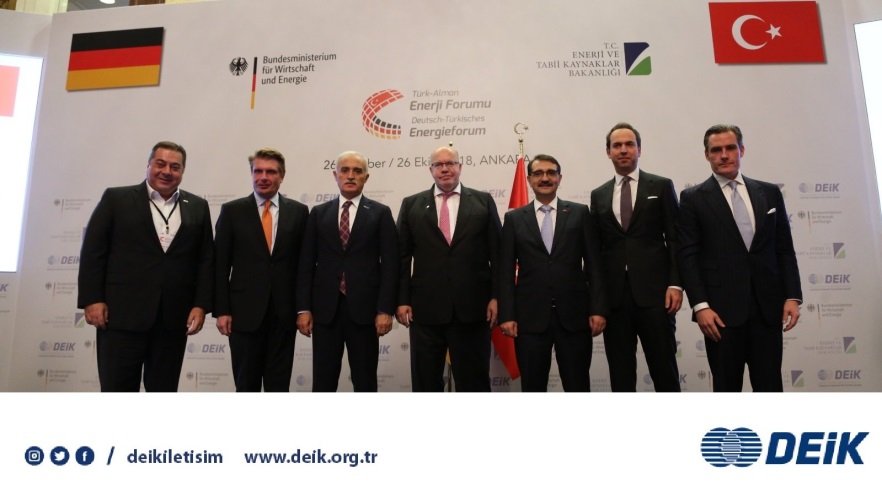 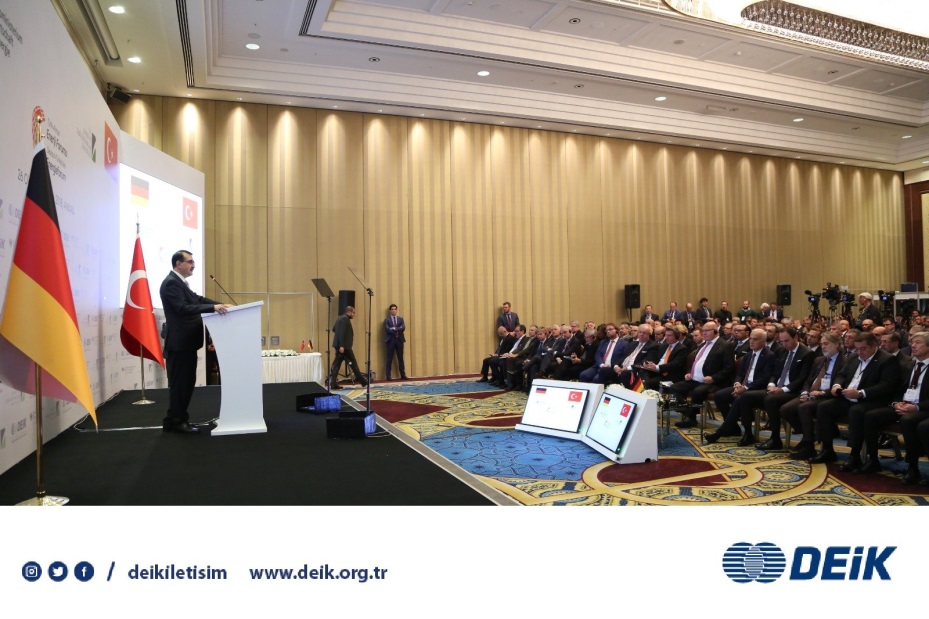