DEİK/Turkey-Azerbaijan Business Council President Selçuk Akatstated in his opening speech that the investments done by Azerbaijani stakeholders in Turkey are anticipated to be over 20 billion USD until the year 2020. President Akat, reminding that the trade volume between Turkey and Azerbaijan has reached to 3,3 billion USD in 2013, further stated that trade volume of both countries was 1,6 billion USD in year 2016 and reached to 650 million USD for the first 5 months of year 2017. DEİK/Turkey-Azerbaijan Business Council President Akat, emphasizing that the economic and commercial potential between the two countries is far from reflecting on the figures and further said, "total small and medium scale investments done by Azerbaijan today in Turkey as well as the Turkish investments in Azerbaijan will exceed 20 billion USD until the year 2020. Of course, Socar's share within these investments is quite substantial. Socar's investment in İzmir Aliağa worth 17 billion USD."

TEAS Turkey Director Rena Rzayevapointed out that they endeavour to raise concerns over Azerbaijan's Nagorno-Karabakh conflict. Rzayeva, stating that Azerbaijan is well recognized by everyone as a petroleum country and mentioning that the country incorporates a grand potential for cooperation in the sectors of tourism and logistics, further said, "I hope, we can bring up our strategic partnership between the two countries and our economies to more puissant and substantial levels with DEİK's contributions and support."

PASHA Bank General Manager Hikmet Cenk Eynehannoted that they, as Baku headquartered PASHA Bank, endeavour and perform works to strengthen and reinforce the economic and social cooperation and to enhance the bilateral trade between Turkey and Azerbaijan. Eynehan, stating that works endeavours are performed to become a financial bridge between Turkey and Azerbaijan and to avail maximum efficacy from the commercial and economic relations within the region, further stated, "We would like to develop relations among the enterprises within the region and establish long term cooperation enabling the performance of efficient activities for the purpose of contributing to the development of Azerbaijan and Turkey." 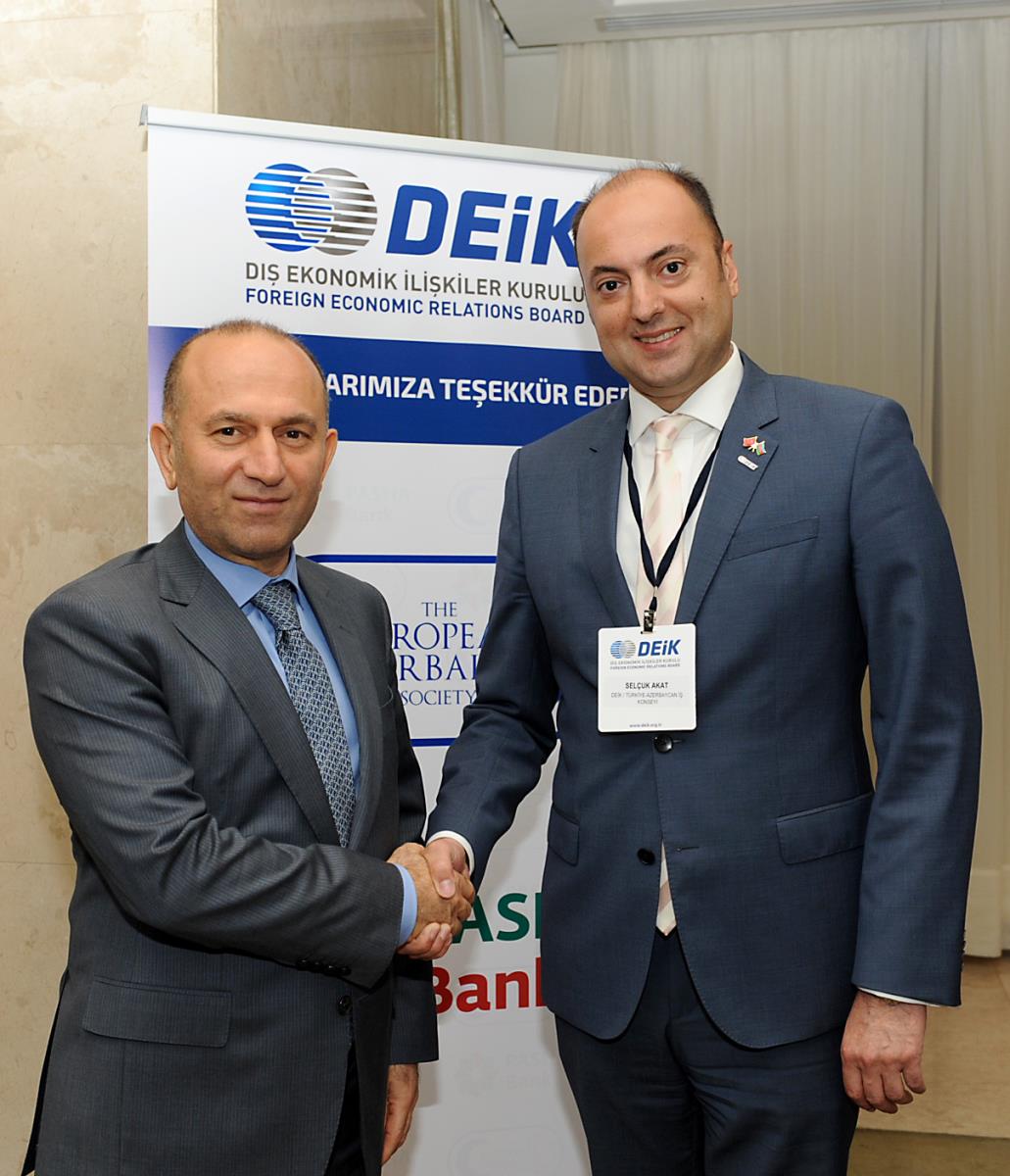