Development of the trade and investment relations between Turkey and Kuwait, reciprocal visits of business delegation of both countries, presentation of new cooperation areas to the representatives of the business circles of both countries and organization of business forums are aimed within the scope of the Cooperation Protocol signed by DEİK/Turkey-Kuwait Business Council President İbrahim Ekşi and Murat Dinç, the General Manager of Burgan Bank Turkey which is the Counterpart of DEİK/Turkey-Kuwait Business Council. Besides, through the Cooperation Protocol, the emergence of new cooperation opportunities in sectors such as petro-chemistry, energy, construction materials, food and agricultural products and establishment of a platform for attracting the Kuwaiti investments to Turkey is aimed accordingly.

DEİK/Turkey-Kuwait Business Council President İbrahim Ekşi, regarding the cooperation, said, "Our bilateral relations have gained momentum by means of senior level visits intensified particularly in recent years performed by Presidents, Prime Ministers, Speakers of the Parliaments and the Ministers of Foreign Affairs." Ekşi, stating that the economic relations between Turkey and Kuwait have been on a progressive course day by day, further noted that the bilateral trade between both countries has doubled in the last decade and it is aimed to achieve to a level of 3 billion USD by the year 2020. Business Council President Ekşi, pointing out that 300 enterprises with Kuwaiti investment operate within the sectors of finance, real estate, trade and industry in Turkey, reminded that more investors are aimed to be attracted from Kuwait through the Cooperation Protocol. Ekşi further said, "Kuwaiti funds and corporation that would like to grow and globalize should not overlook and skip Turkey. Turkey offers convenient and favourable investment opportunities by means of its growth potential, extensive domestic market and easy access to neighbouring markets. Kuwaiti investment funds can invest in many areas in our country from food to energy, from agriculture to logistics, from real estate to industrial manufacturing."

Burgan Bank Turkey General Manager Murat Dinç, within the scope of the protocol, noted, "As you are aware, Burgan Bank Turkey is a subsidiary corporation of Burgan bank Group, which is in the pioneering position in the banking sector in MENA (Middle East & North Africa) Region. Burgan Bank Group, positioning Turkey as the growing financial power centre, maintains to create synergy by combining strong capital, high liquidity, international recognition and banking experience with Turkey's strength. In this context, DEİK, performing and executing highly substantial functions such as organizing and managing the foreign economic relations of Turkish private sector and developing investment opportunities on abroad preferred to form a business partnership with Burgan Bank to support and bolster up its activities in Kuwait. We are taking firm steps and proceeding further by experiencing growth each year since we have started to operate in Turkey as Burgan Bank through the support of our main shareholder.

We believe that this cooperation protocol signed by Burgan Bank, one of Turkey's fastest growing banks with DEİK for the purpose of developing the trade and economic relations with Turkey and Kuwait shall serve as a substantial milestone for the development of the trade and economic relations between the two countries. As Burgan Bank Turkey, we solicit for this cooperation to create substantial achievements for both countries based on the consistent and long term foundations."

Kuwait Government plans to make a new investment worth of 115 billion USD to the petroleum sector within 5 years. Exports of Turkey to Kuwait have reached to a figure of 431 million USD from 219 million USD with an increase of approximately 100 percent between the years of 2006 and 2016. Kuwait Airport project worth of 4.5 billion USD is carried out by a Turkish contracting enterprise. Kuwaiti capital in Turkey is predominantly concentrated within the sectors such as retailing, banking and real estate. 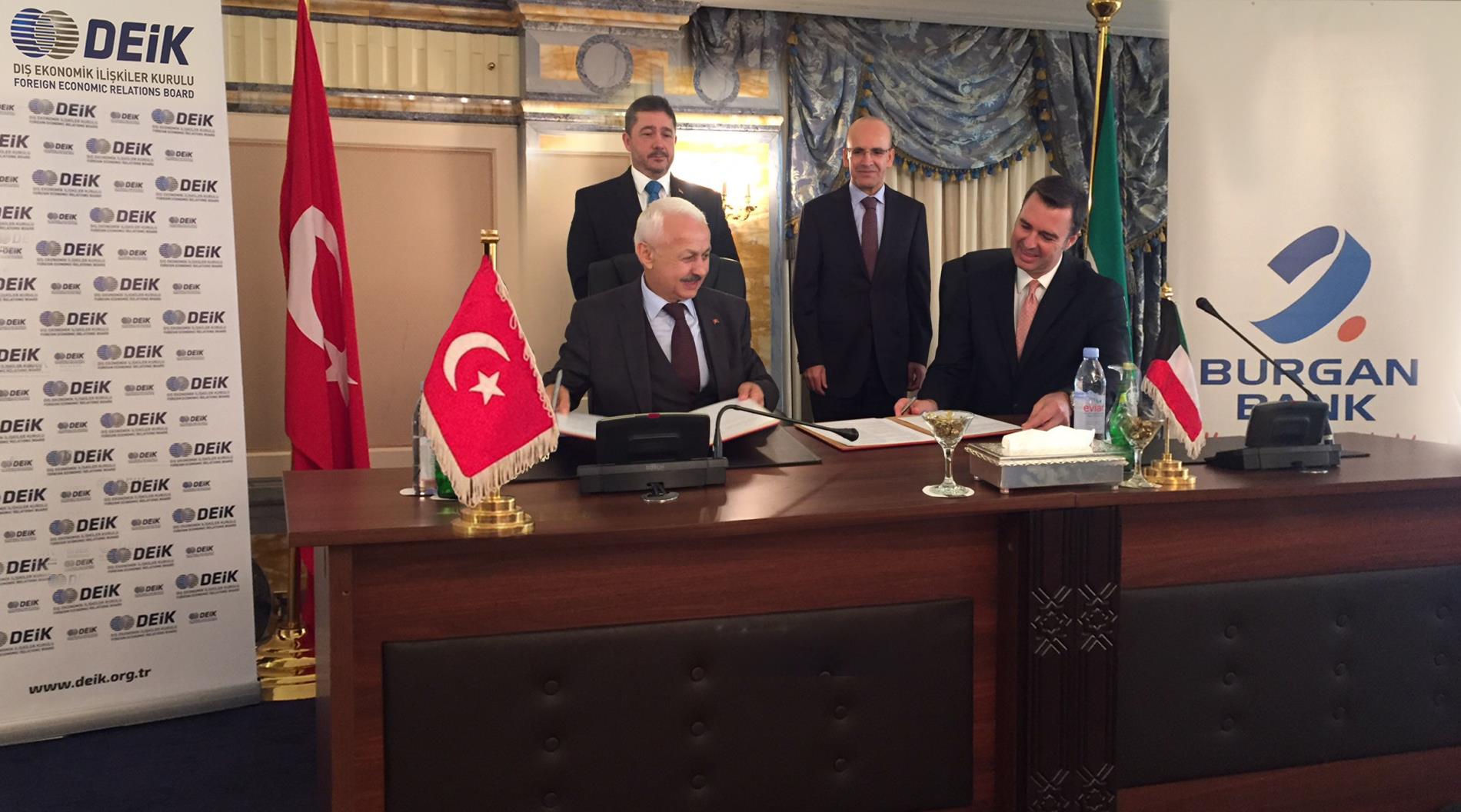