Ministry of Economy Deputy Undersecretary MrHüsnü Dilemre, has stated in his opening speech, "While you, our distinguished guests, set sail to brand-new successes personally or through your enterprises, Turkey has become one of the leading countries of global trade and politics under the leadership of our Honourable President." Mr Dilemre, stating that Turkey has grown 2.9% in 2016 and has become the 4th fastest growing economy among G-20 countries and further said that 19 EU countries have growth rates lower than Turkey and Turkey has demonstrated a growth rate of 5 percent within the Q1 of year 2017. Mr Dilemre, pointing out that the solid outcomes of endeavours are quite obvious and further stated that the export figures acquire a powerful increase by 8.9 percent as of the last 2 months of 2016. Mr Dilemre, stating that Turkey's exportation has narrowed down for 0.9 percent and emphasized that Turkey has displayed a performance leaving countries such as USA, Canada, Mexico and South Korea behind. Mr Dilemre, phrased that Turkey has exported to more than 243 countries in 2016 and further said that 66,718 enterprises currently perform exports and the number of exporters has increased more than twofold comparing to the year 2002. Deputy Undersecretary Mr Dilemre, stating that Turkey has become a real attraction centre emphasized that the country managed to preserve and maintain the environment of stability and confidence in aftermath of July 15 failed coup attempt and further highlighted that Turkish origin investments on abroad has reached to 31 billion USD and said that not only products but also services and culture are exported to all around the world and Turkey is ranked as 28th country of the world with the most service exports. Mr Dilemre further expressed, "Updating Customs Union and negotiating Agreements on Mutual Promotion and Protection of Investments as well as new Free Trade Agreements are placed on top of our agenda for the upcoming period. Our representatives on abroad are the ones who can best describe Turkey's economic prosperousness, human resources' strength, history and culture. I consider our Turkish business world representatives residing on aboard as the mirrors of Turkey."

DEIK President Mr Ömer Cihad Vardan, emphasized in the opening speech that DTIK would be made more active and effective. Mr Vardan, stating that the strength of World Turkish Business Council (DTIK) was well proven on July 15 and that DEIK has determined an action plan consisting of 11 Articles and declared an economic mobilization accordingly. Mr Vardan, stating that he requested the Presidents of Business Councils to visit the countries in where they are located, to meet with their addressees and media face to face and to organize meetings with the think tanks if any, within the scope of emergency plan, further said that DEIK Business Councils have realized visits to 99 countries upon the process of July 15. Mr Vardan, expressing that currently DEIK has bilateral Business Councils with 135 countries by means of 142 Business Councils, mentioned that the term ‘diaspora' does not fit in with the structure of Turkish culture and 6 million people with ties of affection with Turkey resides on abroad. President Vardan, refers to the significance of effectively using the strength of these people within this platform representing the business world, further said that they would be substantially fulfilling the service by enabling DTIK more effective and operative. President Vardan said, "We are pursuing an intention and aspiration to make DTIK a more effective and operative mechanism to respond to July 15 and similar incidents. Hence, we shall constitute a shared wisdom in the conference."

DEIK/DTIK Search Conference Project Advisor Prof. Dr.Oğuz Babüroğlu said that Turkey puts forward a substantial presence on abroad through its business world, academics, arts and professionals. He further stated that DTIK Strategy Project Integration Conference was held for the purpose of both governing this presence and potential and optimizing Turkey accordingly. Prof. Dr. Babüroğlu further mentioned that DTIK Strategy Study is intended to be performed through a shared wisdom and participation. Prof. Dr. Babüroğlu, stating that the answer for the question "How do you contribute to Turkey?" is also sought and said that it is a new project to transform the potential within the world into action for DTIK to be more active and inclusionary. 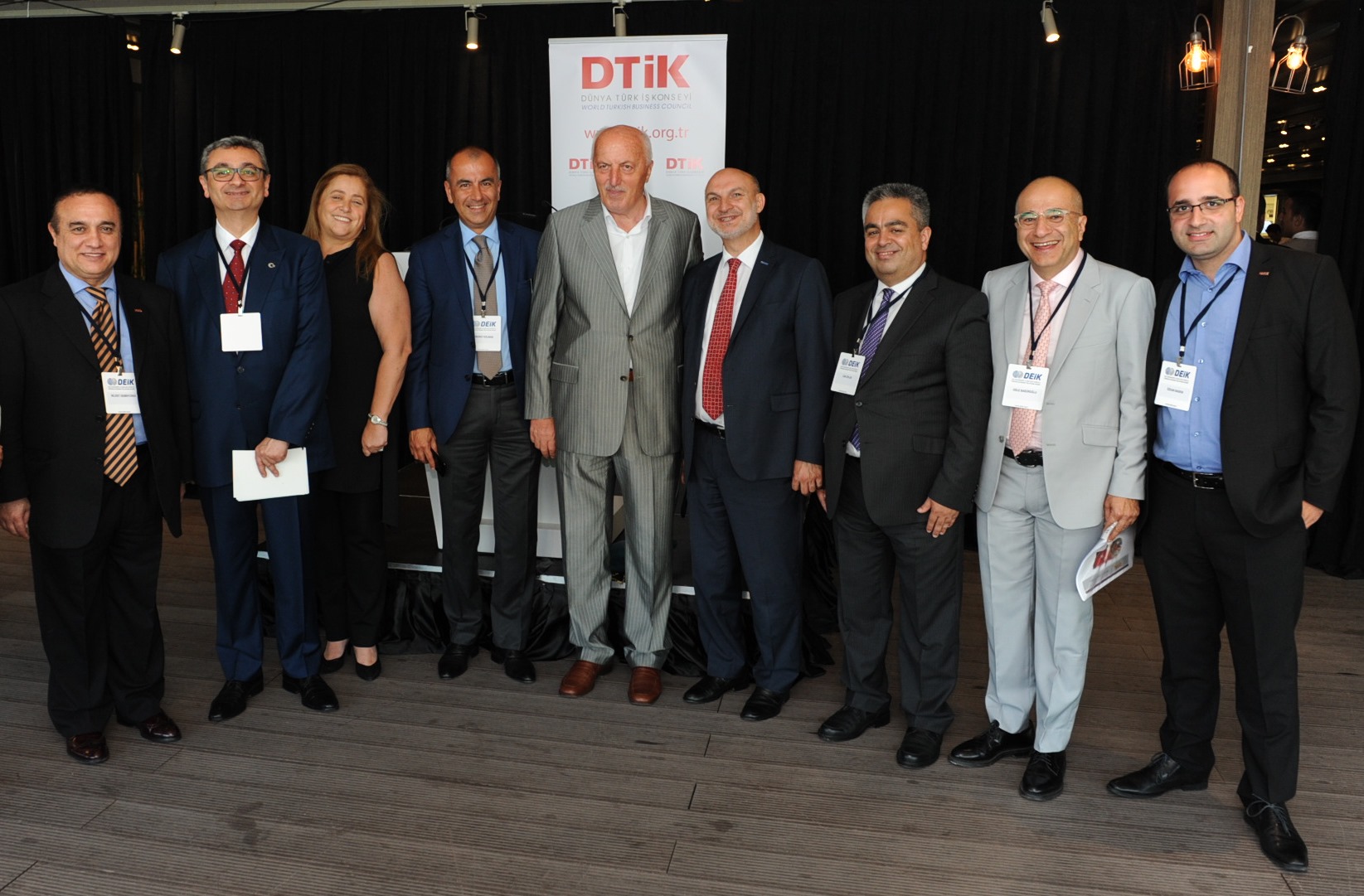