ELECTIONS WERE HELD IN THE 142 BUSINESS COUNCILS OF DEİK

ELECTIONS WERE HELD IN THE 142 BUSINESS COUNCILS OF DEİK

DEİK Business Councils' Ordinary General Assembly, which has carried out its activities in 6 regions in the foreign economic relations of the Turkish business world for 32 years, 136 of which are country based, 7 of which are sectoral and special purpose and 143 business councils, was held in Istanbul on January 11, 2018 with the participation of Minister of Economy Nihat Zeybekci. Within the scope of the DEİK Business Councils Ordinary General Assembly which is held every 2 years, 66 of the 142 Business Councils' President and its administrations elected and 1120 representatives participated in the elections.

Minister of Economy Nihat Zeybekci, who addressed representatives of business circles during the closing session of the DEIK Business Councils General Assembly, reminded that the change in the DEİK was made in order to strengthen the link between the private sector and the foreign policies of the state.
Zeybekci reminds that economic interests depend on changing external relations in the world. He also stated that we have Embassies at critical points in the world and emphasized that the number of Business Councils is equalized. Zeybekci stated that DEİK should be positioned as an ambassador in every country.
Economy Minister Zeybekci, which calls for each member of the Foreign Economic Relations Board to undertake the task of the embassy of Turkey abroad, stated that The President, the Prime Minister and the Ministers will attend the meetings of the Board of Directors of DEİK in the new period. Zeybekci explained that the first meeting will be held with the Prime Minister and the second meeting will be held with the President. He stressed that exports are being worked out to exceed $ 170 billion. 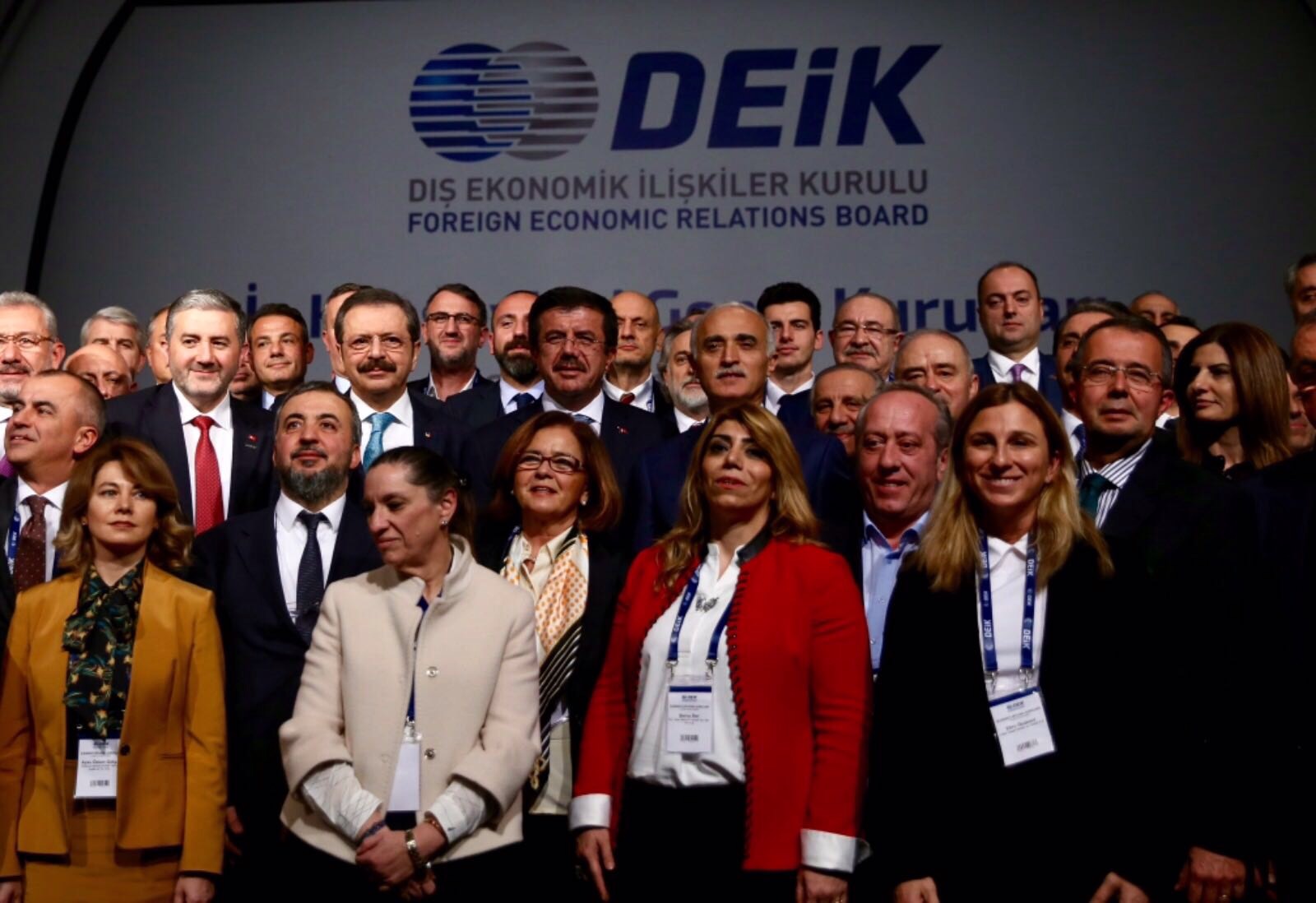 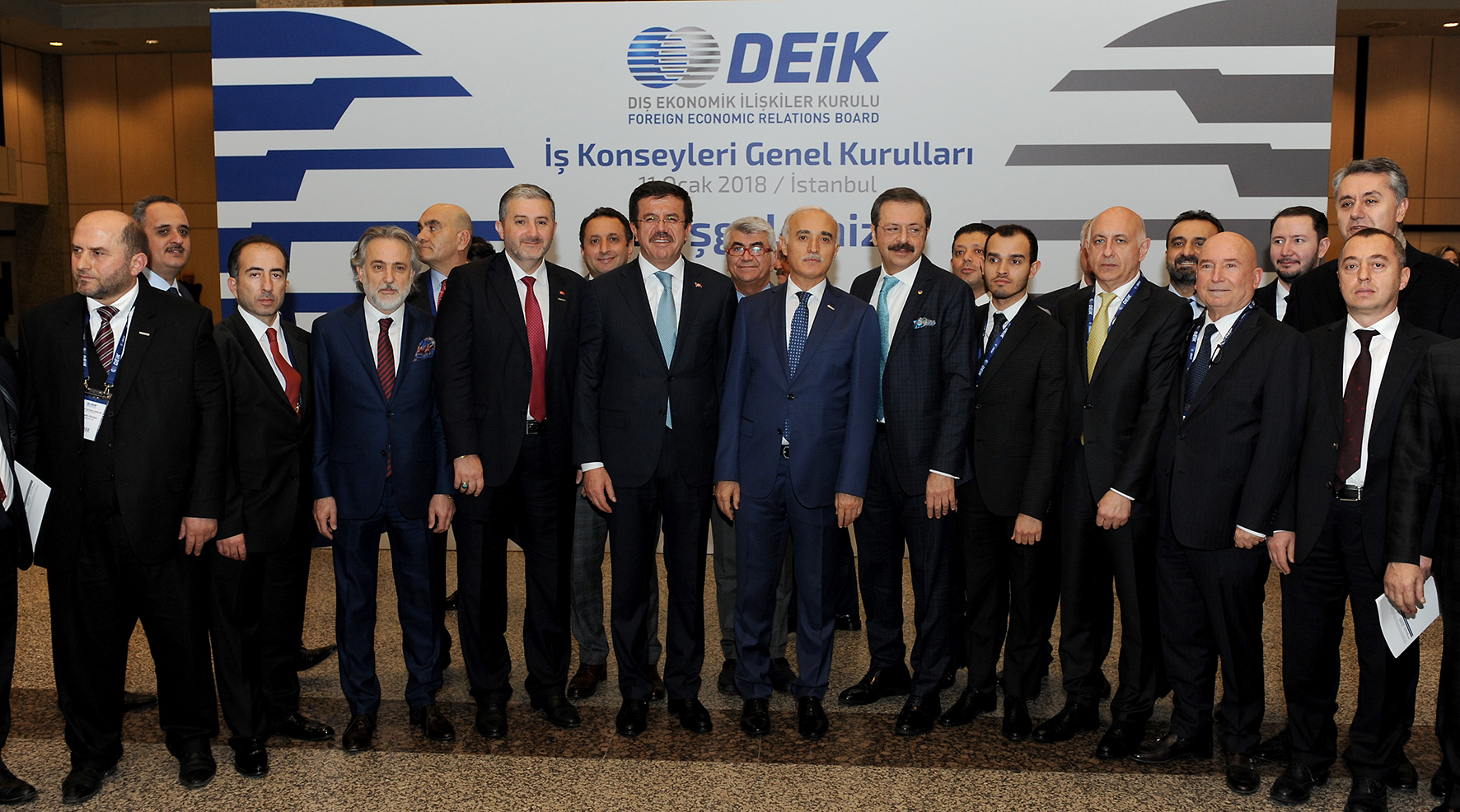 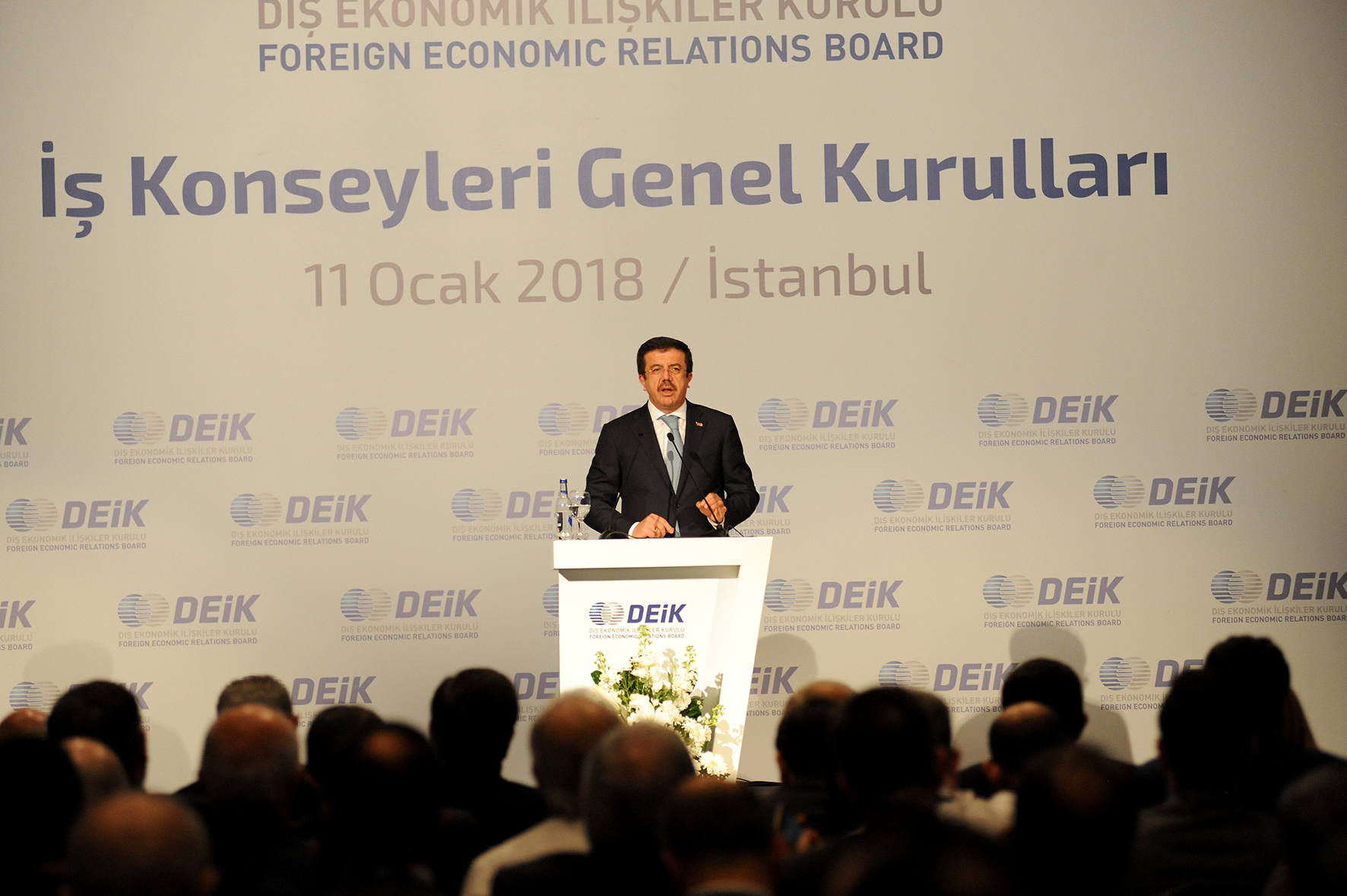 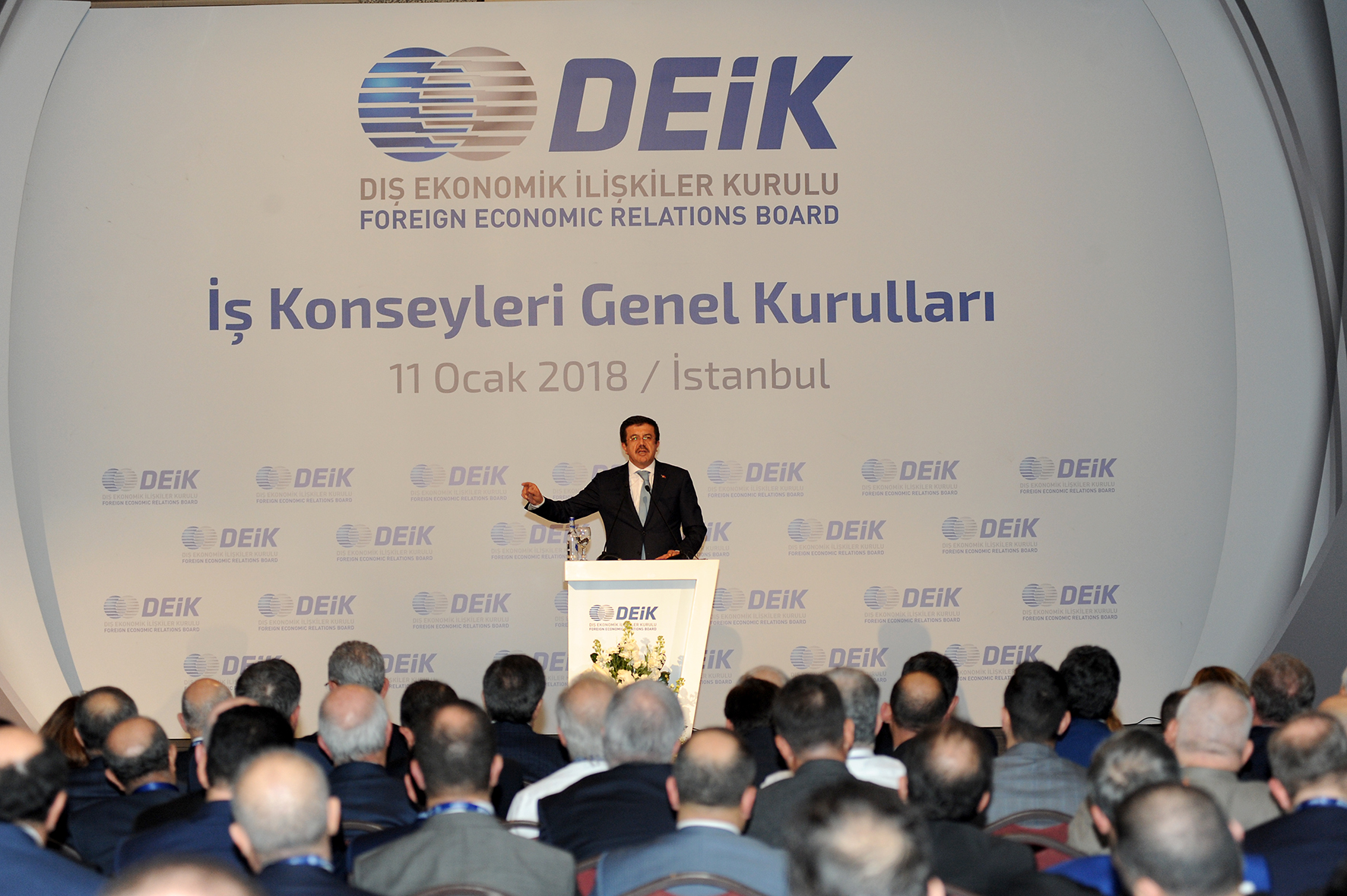 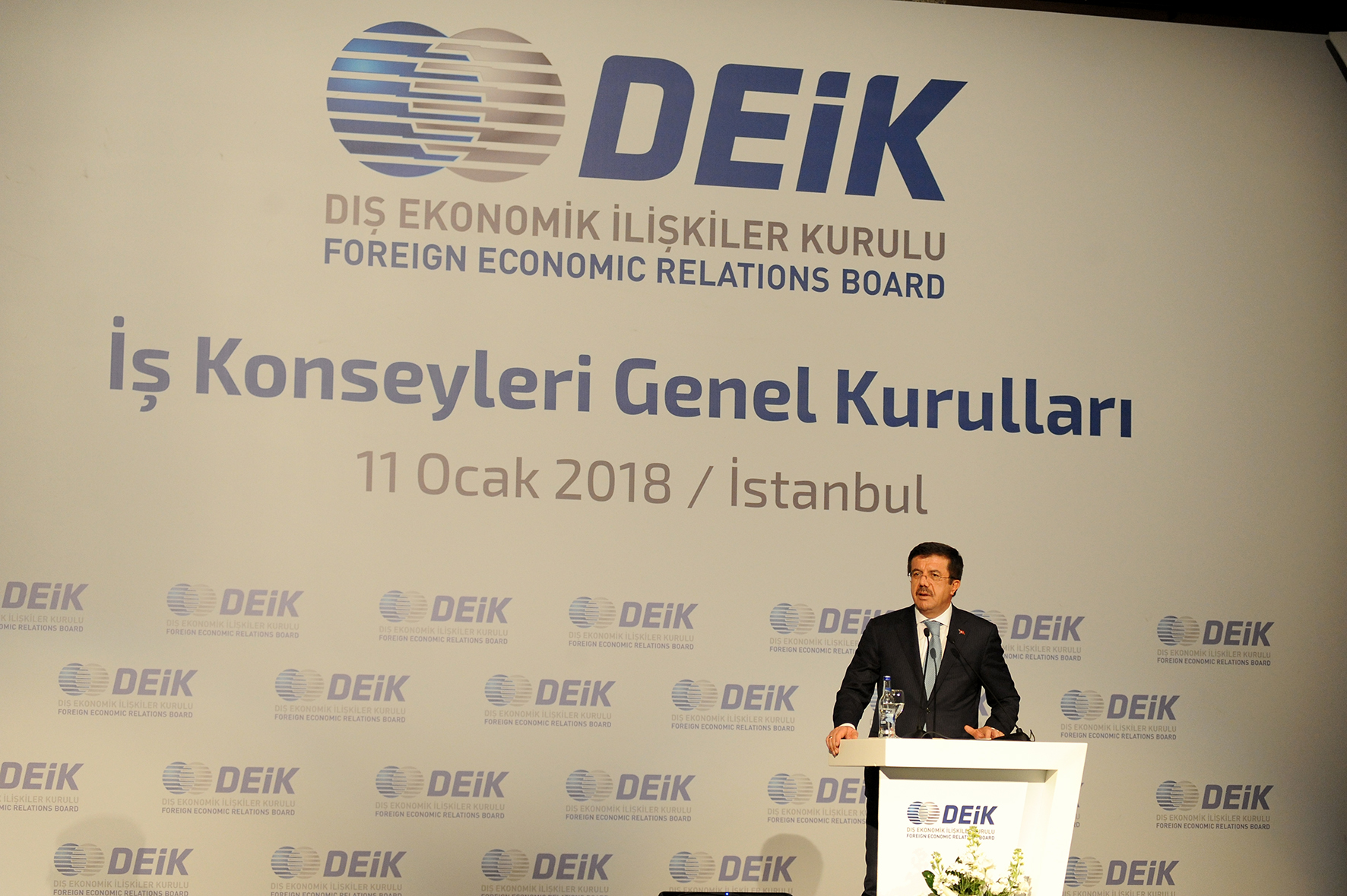 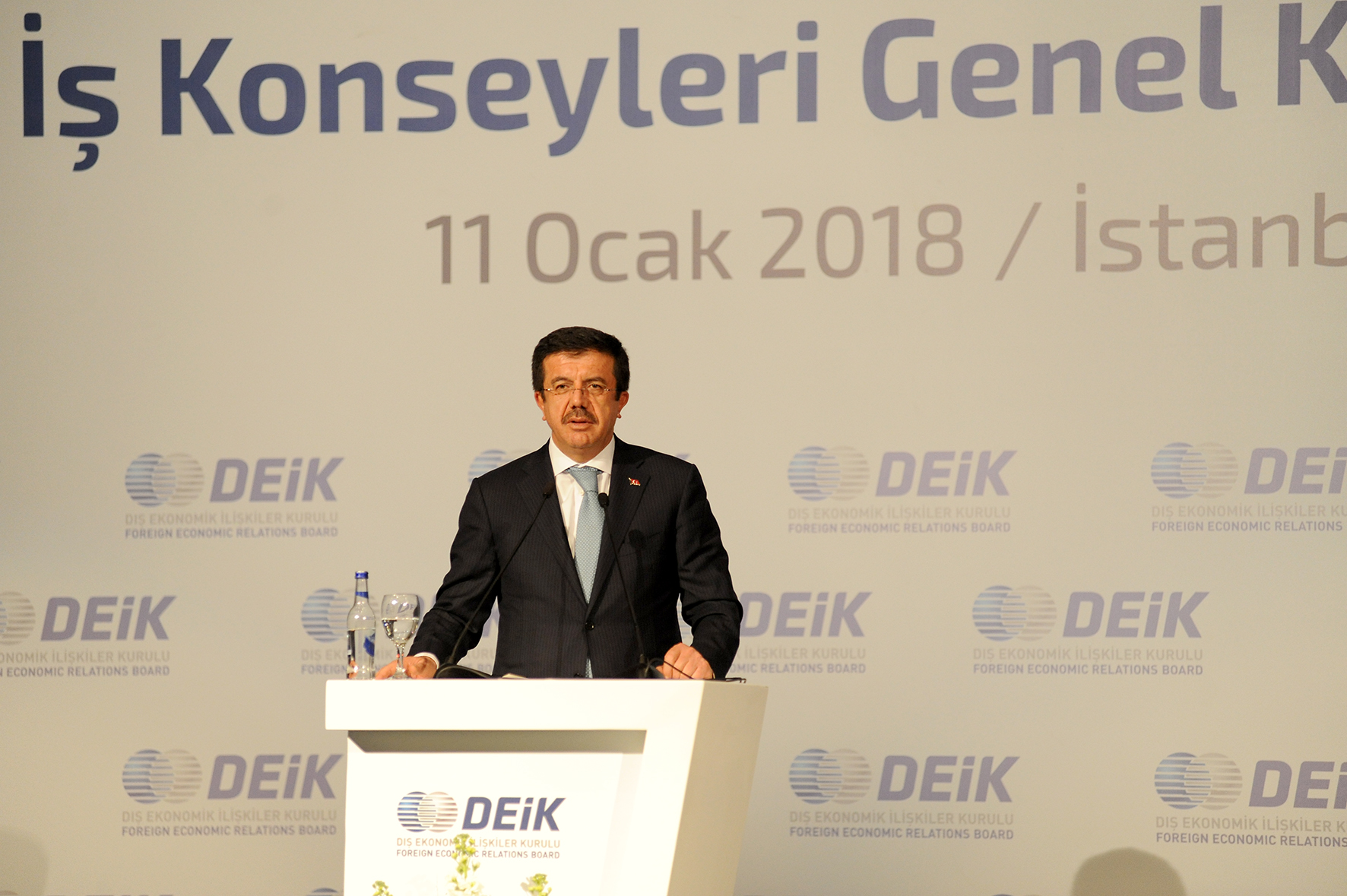