Turkish Economy Minister Nihat Zeybekci, drew attention to the significance of the agreement signed between Turkish and Italian Eximbanks as well as the need of new trade volume target. DEİK and its Counterpart Confindustria will establish a joint platform to seize business opportunities and to boost trade volume from 18 billion USD to 30 billion USD.

Renewal of Turkey- EU Custom Union will contribute significantly to EU and trade volume will increase by 55-60 percent. Turkish and Italian business communities will benefit from the renewal and he announced that Turkish Trade Center will be established in Italy in 2017. In the sectors of tourism and energy two countries complete each other; furthermore, new investments are kicked out in the energy sectors.

Italian Economic Development Minister Carlo Calenda, stated that Turkey can always trust Italy in the matters of EU, furthermore, during the Custom Union renewal Italy will act as supervisor and will follow up the procedure. Turkey shouldered great responsibility regarding illegal migration and Calenda thanked Turkey for its great efforts. The agreement between to Exim Banks will accelerate investment and necessary studies will be carried out to correctly inform and guide investors.

Italian Economic Development Minister Carlo Calenda expressed that Turkey and Italy are stronger in different countries of Africa and partnership efforts should be accelerated. Turkey and Italy do not only have economic interest, as a result, their partnership will be very fertile.

DEİK President Ömer Cihad Vardanstated that Turkey and Italy is in a great harmony and synchronization. In the past two years trade is declining between two countries, thus, business communities from both countries should expand this volume as soon as possible. Italy has chosen Turkey as a "Target Country" and this is very important for Turkey, as a result, many new partnerships will be established in the sectors of energy, agriculture, automotive, food, start-ups, innovative technology and renewable energy.

Turkey-EU Custom Union negotiations will start soon and DEİK hopes that Custom Union will be completed soon addressing many chronicle problems between Turkey and EU. Turkey hopes for permanent solutions to chronicle problems such as transportation quota, driver license, Visa practice to Turkish citizens. Business communities of Turkey and Italy can do much greater projects than today via joint projects. 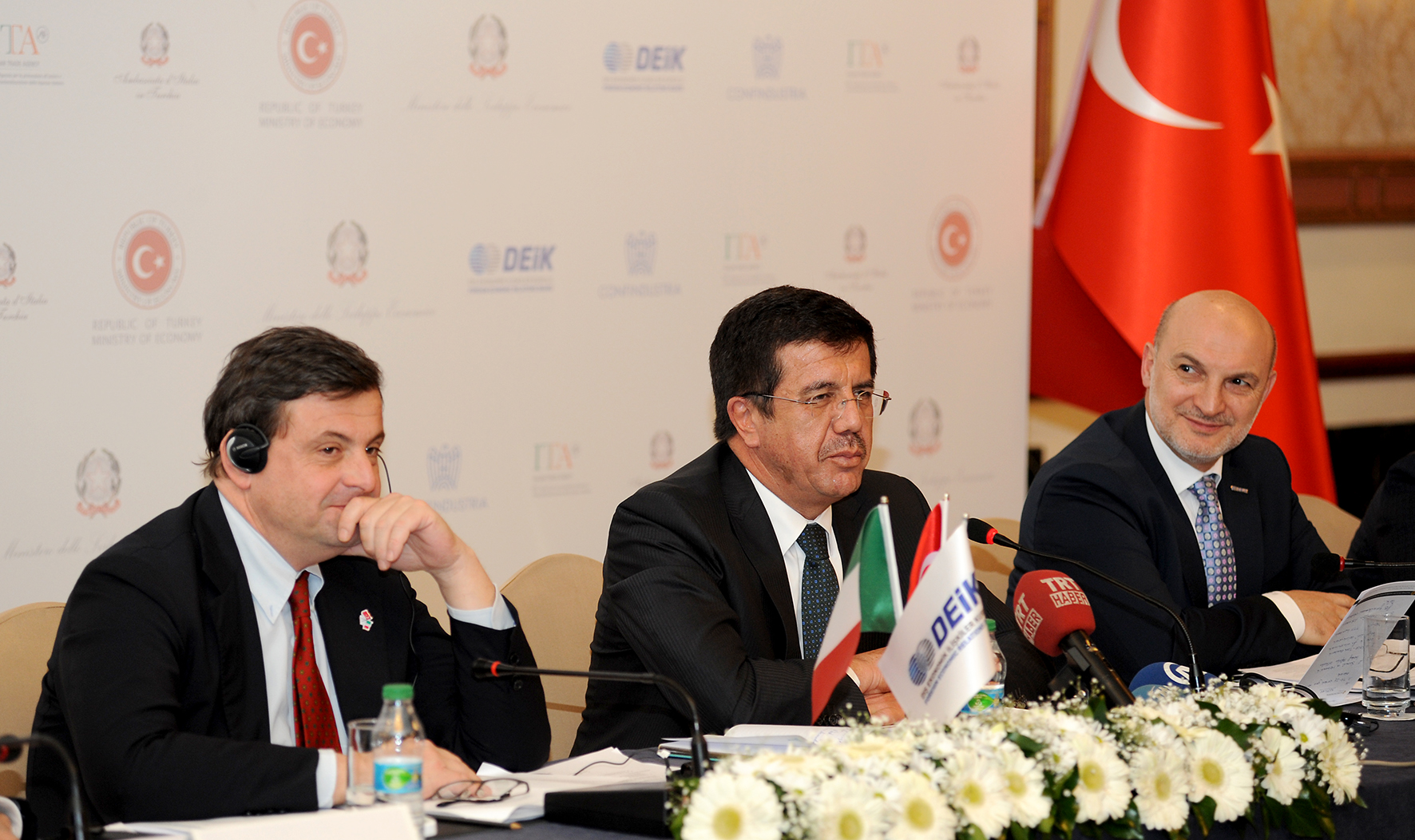