INVESTMENT OPPORTUNITIES IN TAJIKISTAN ARE EVALUATED IN DEİK

INVESTMENT OPPORTUNITIES IN TAJIKISTAN ARE EVALUATED IN DEİK

Deputy Prime Minister of Turkish Republic Tuğrul Türkeş, stated he is pleased to be in Mevlana's birthplace but also indicated his concern over trade volume between Turkey and Tajikistan. It is essential to diagnose the inhibitors in trade relations and to create a road map to remove the trade barriers with representatives from Tajikistan. Turkey's economy is in a positive growth trend despite general negative trend in the global economy. Turkey is one of the top performers in the region and is working hard for Preferential Trade Arrangements. Organizing export fairs and encouraging Tajiki companies to attend fairs in Turkey would be beneficial for both parties. Government is still working on the following issues; special visa procedure for Turkish business people, work permit, transit documents.

Minister of Economic Development and Trade of Tajikistan Nematullo Hikmatullozodaexpressed that Joint Economic Commission will be a key enabler to new business partnerships and will act as a trade and economic accelerator. Large and medium size Turkish investments and sharing knowledge of free trade are significant. Nevertheless, Tajikistan is hoping for new partnerships in the fields of textile, agriculture, hydroelectricity and transportation. Government has taken many steps to establish open and transparent economy and Turkish companies should benefit from it.

DEİK/Turkey-Tajikistan Business Council Presiden Mahmut Er, expressed that Turkey views Tajikistan as a priority market in Central Asia. As a result, trade with Tajikistan is one of Turkish private sector's priorities and Turkey is Tajikistan's biggest export market. 1 Billion USD is the trade volume target and there is huge potential and infrastructure for economic and trade development. Flight frequency should be increased between Turkey and Tajikistan. Aluminum is the Tajikistan's major export item to Turkey and if intermediaries are removed in the transaction reaching the target would be much easier. Turkish direct investment is approximately 11.5 Million USD and Turkish construction companies are carrying out 30 projects in Tajikistan. 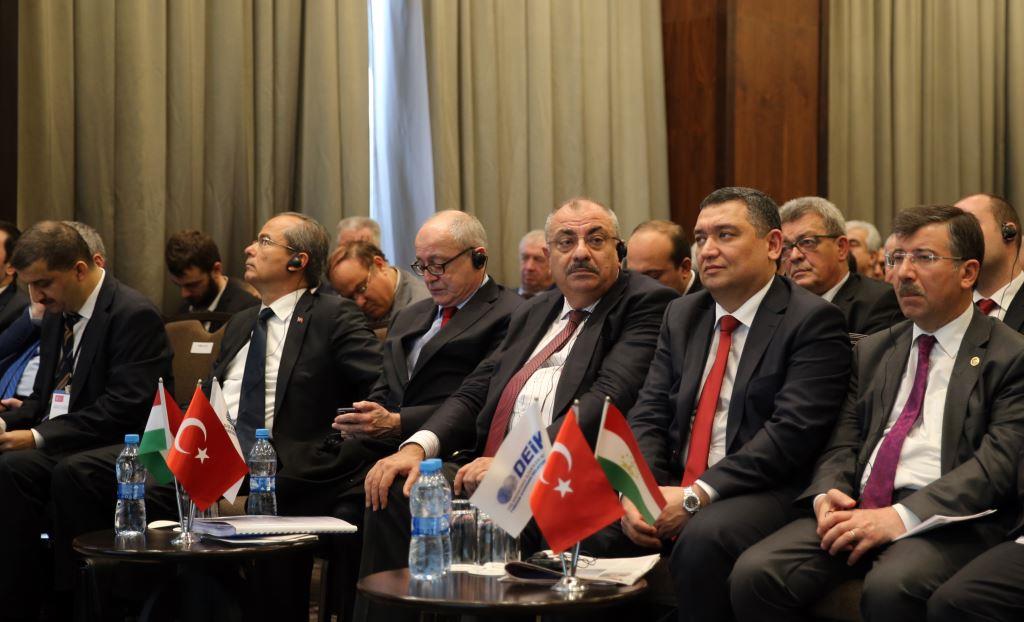