Mozambique will be one of the biggest liquefied natural gas exporters in the world according to reserve report published in 2011and this enabled many investors from all around the world to visit and invest. Mozambique is the second stop of the Africa visit led by President of Turkish Republic Recep Tayyip Erdoğan.

President of Turkish Republic Recep Tayyip Erdoğanstated he is the first Turkish President to visit Mozambique and during the Forum commercial and economic issues have been tackled. 6 different agreements were signed during the visit which sets a fresh start between two countries. Developments in Mozambique are closely followed and Turkey is ready to cooperate for infrastructure and superstructure investments. "We know what Africa been through in the past, we know well who colonized it" said the President in his speech. Turkey is one of the strongest countries in terms of infrastructure know-how, it has many success stories in collective housing, transportation and health infrastructure and Turkey would like to repeat these stories in Mozambique. As of 2016, total trade between Turkey and Mozambique is 115 million USD, first trade target is 250 million USD and second target is 500 million USD. Turkey is global leader in PPP project with 40% and is ready to share its knowledge with Mozambique.

President of Republic of MozambiqueFilipe Nyusi thanked President Erdoğan for his visit since it sets a turning point for the political and economic relations between two countries. He invited business people to use new models for business including PPP, drew attention to agriculture, infrastructure, tourism and energy sectors and finally invited Turkish businessmen to invest in Mozambique. Mozambique has many different potential for various energy sources yet their main goal is to convert Mozambique to Africa's tourism center.

Minister of Economy Nihat Zeybekcistated that two different agreements are signed between two countries to incentivize trade. Turkish businessmen wants to do business Mozambique with the same tax rates applied to other foreign businessmen.

"We are working hard to strengthen trade and investment between two countries. Mozambique is a great opportunity and potential in short, mid and long run" said DEİK's President Ömer Cihad Vardan. Turkey's leading international contractor are already executing many projects and providing employment to Mozambique, yet, it will continue to hold great significance to Turkey.

Trade Balance: 28.3 Million USD for the benefit of Mozambique 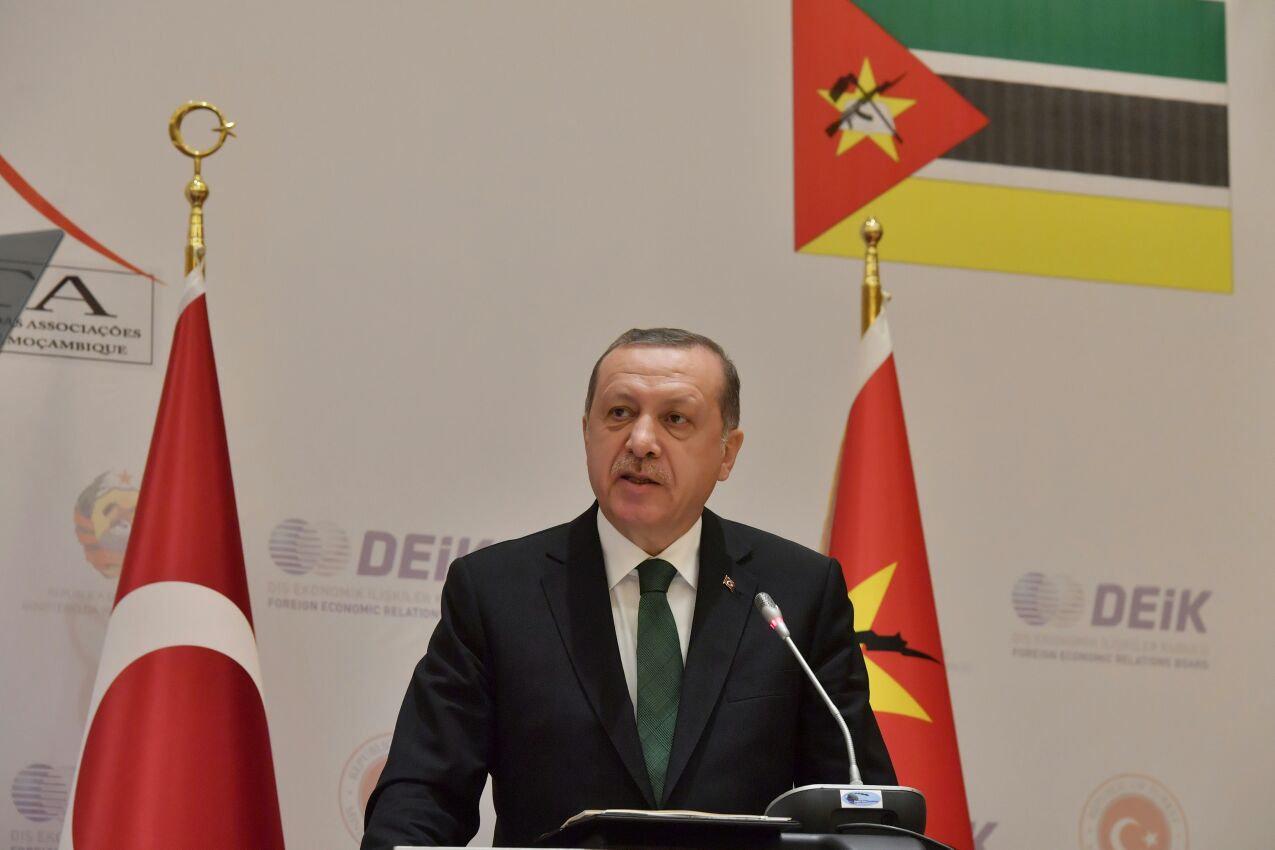 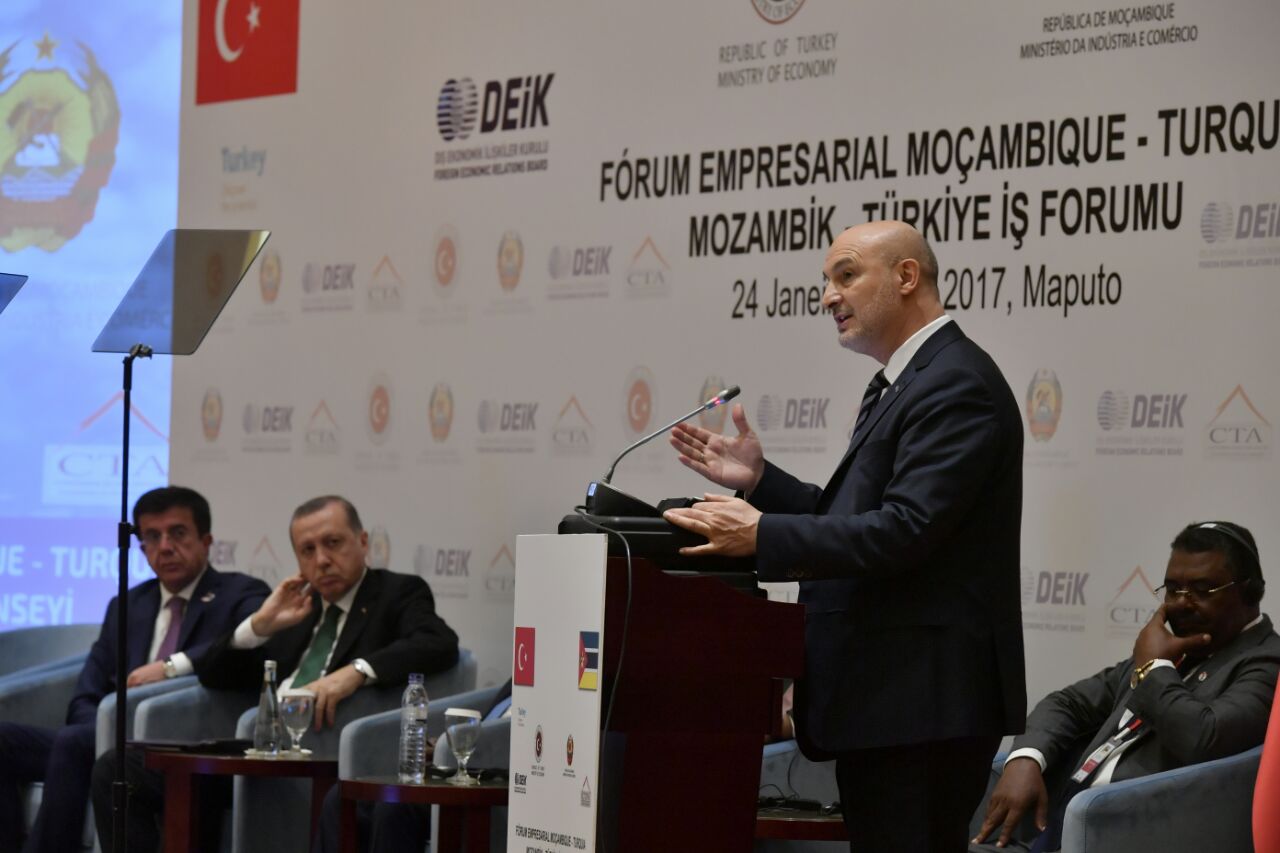 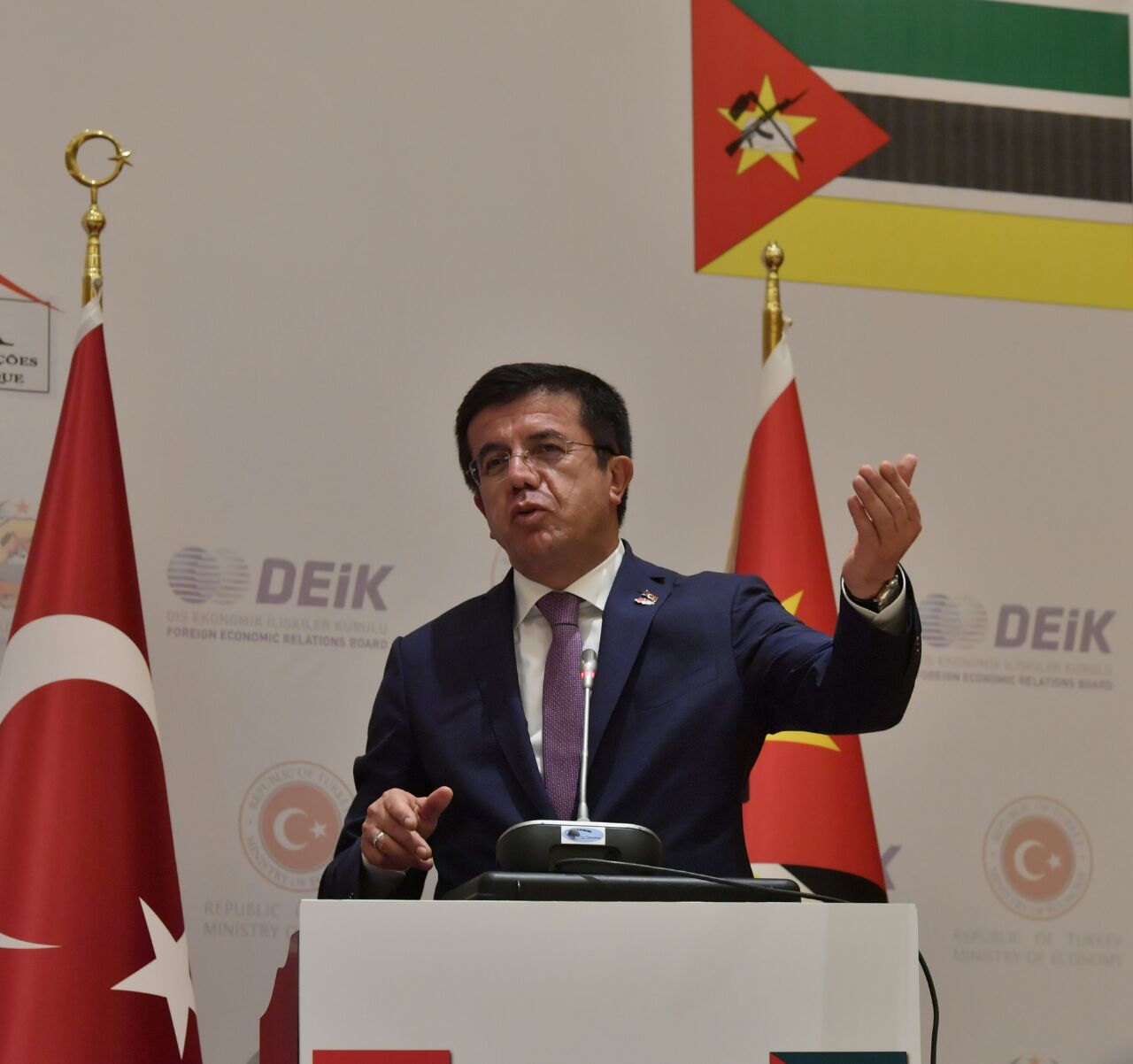 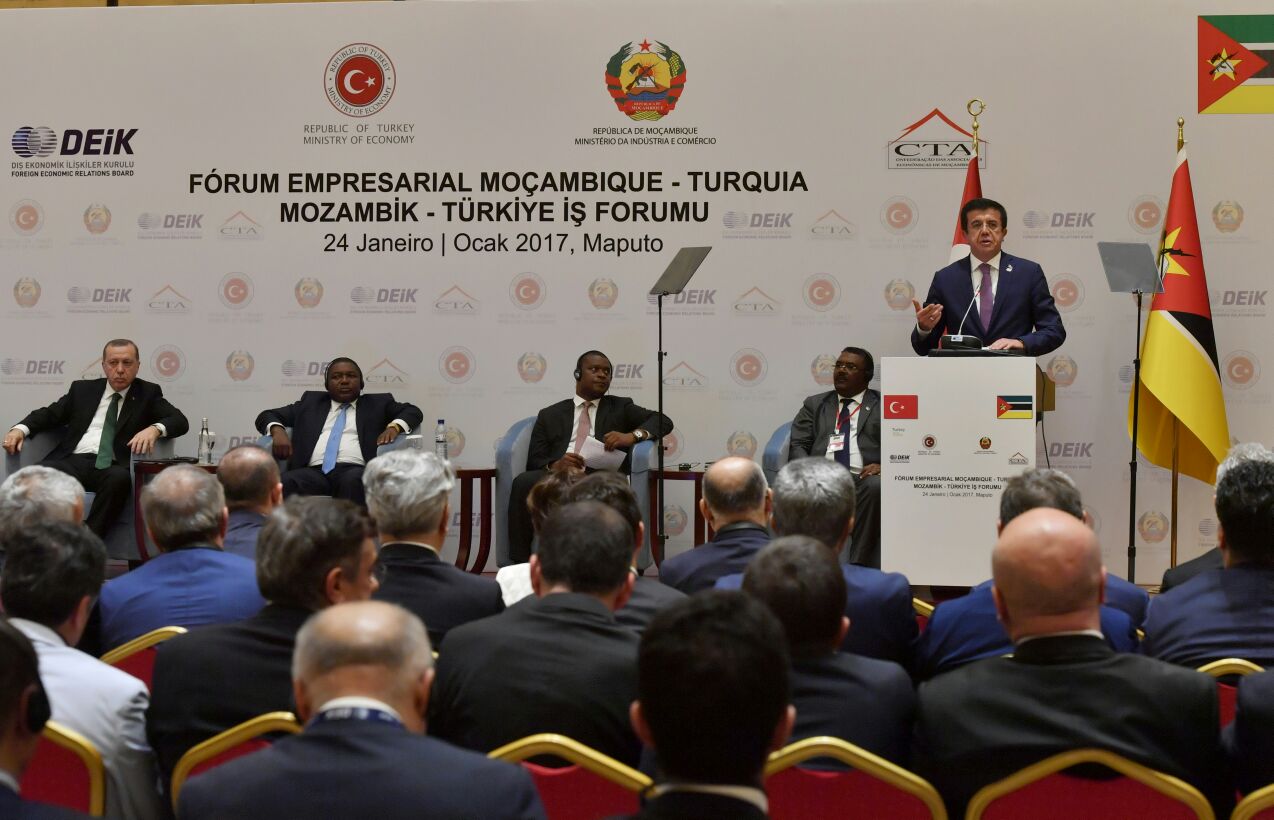 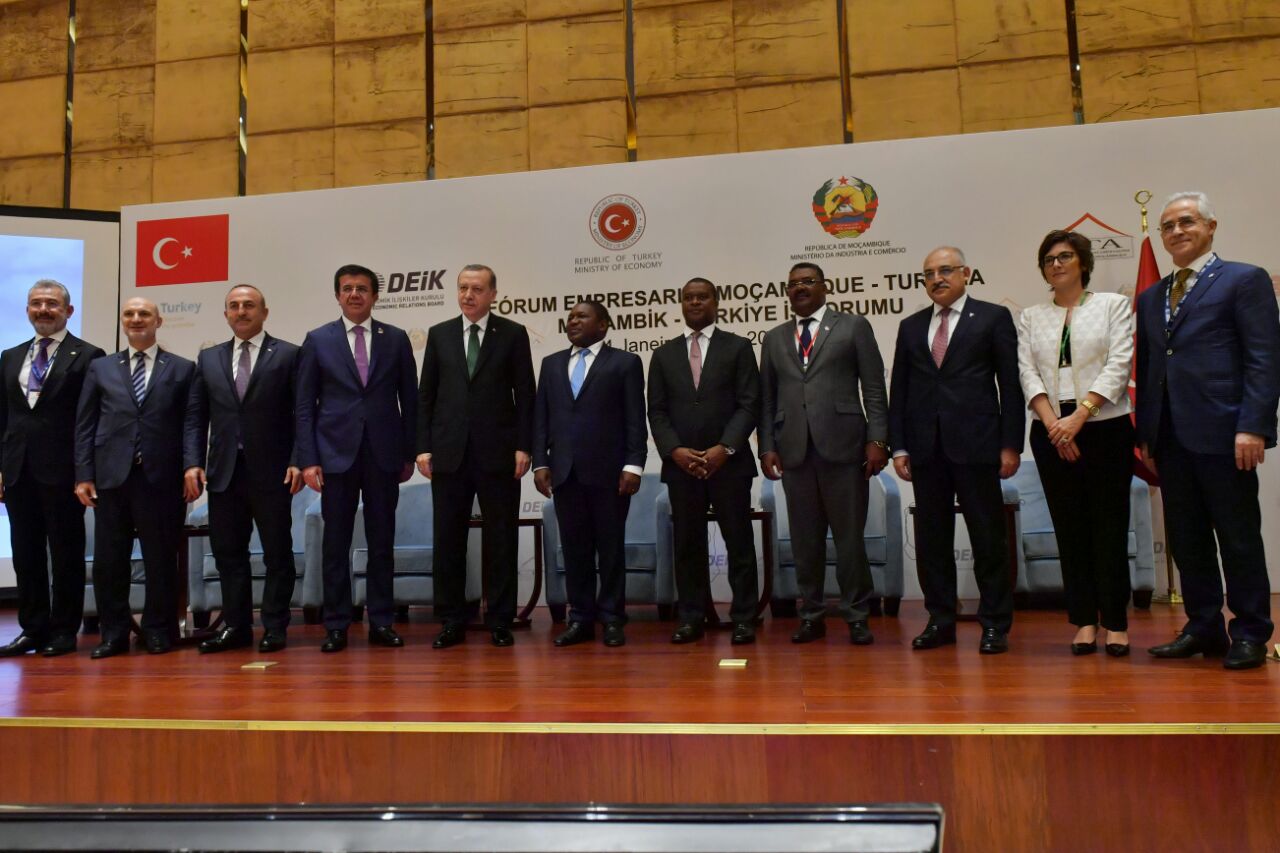 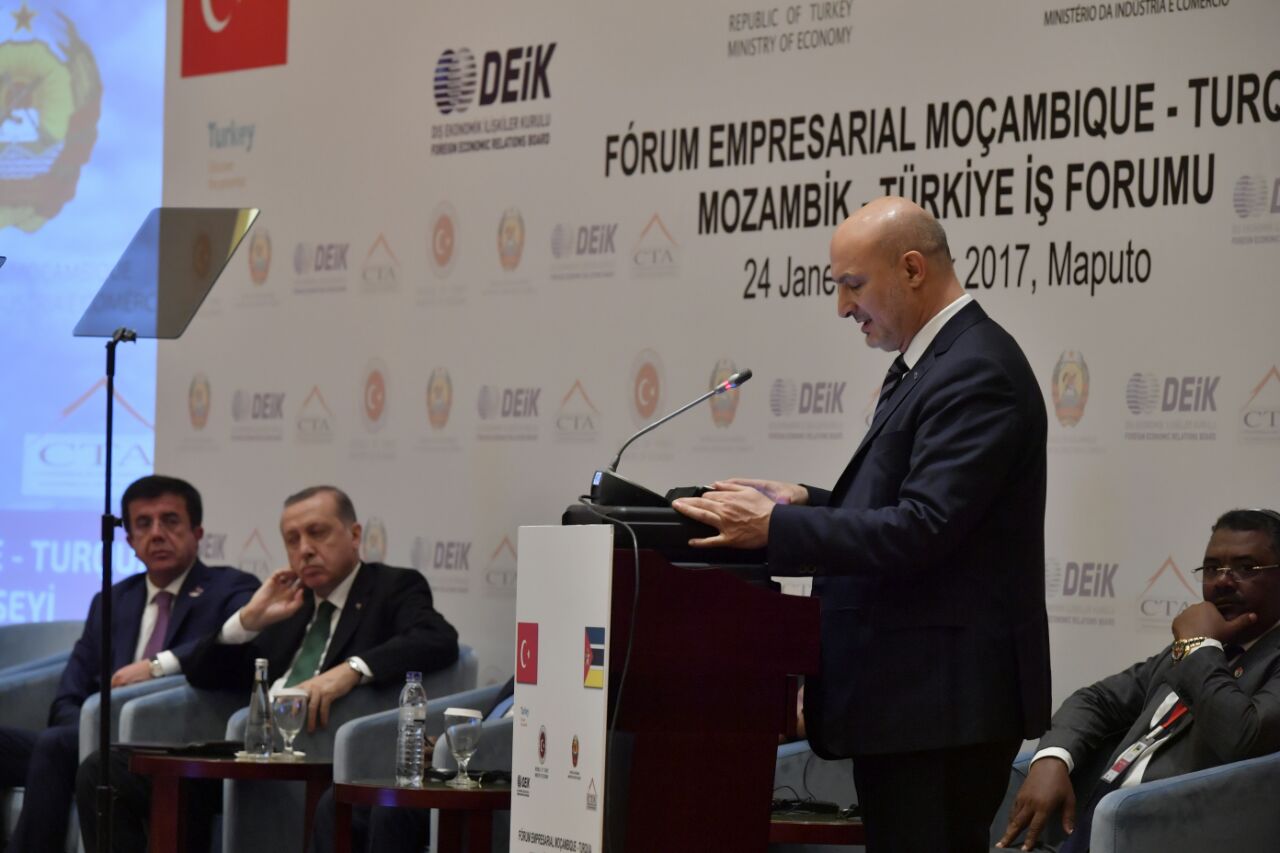