Around 450 Turkish and Polish business world representatives have attended in the Business Forum that was organized within the official visits of Recep Tayyip Erdoğan the President of the Republic of Turkey performed to Poland on October 17, 2017.

Recep Tayyip Erdoğanthe President of the Republic of Turkey has stated in his opening speech that the relations between Turkey and Poland were promoted to the level of strategic partnership in 2009. President Erdoğan reminded that the bilateral trade volume was recorded as 4 Billion USD for the first 8 months of year 2017 and announced that the target for the next period of 5 years was set as 10 billion USD. President Erdoğan, stating that areas such as defence industry, banking, textile, furniture, agriculture, husbandry, infrastructure and logistics are required to be given precedence and priority, further said, "We should increase reciprocal investments. We should primarily head towards areas that are far from reflecting the real potential. We will be doing our best to make things easier for you, the representatives of the business world. We should support the enterprises to establish strategic partnerships to be able to access to the third markets."

President Erdoğan, stating that Poland offers substantial opportunities due to its geopolitical location and EU membership status, emphasized that Poland's appeal and attractiveness are gradually increasing and further noted, "We should invest more. I believe and am confident that Polish authorities will provide the required support and assistance in this matter. It would be beneficial and contribute to the development of our relations that the Turkey Airlines and Polish Airlines are required to increase reciprocal flights accordingly. I do hope for the development of even more exhaustive and extensive projects within the political, cultural and economic fields."

Andrzej Duda, the President of the Republic of Poland, stating that Turkish business world representatives are quite familiar with Poland, further noted that the bilateral relations celebrate their 600th Anniversary. President Duda, mentioning that Turkey is among the most important partners of Poland in the Middle East, further said that there is a mutually supplementary trade infrastructure between the two countries. President Duda, stating that the Polish enterprises can be solution partners in the Turkish market in the areas of machinery, transportation, railways, energy systems, mechanics and equipment thereof, drew attention to the high economic growth performance of Poland. Stating that the joint endeavours within the third markets such as Caucasus and Central Asia are required to be closely followed and monitored, President Duda further said, "We are now interested in and focused on renovations of the old power plants. I believe that Turkey is able to find partnerships in Poland within this area. The reciprocal investments within the area of coal, gas and solar power are quite limited if not none. Polish enterprises operate within these areas in Turkey. We also see that Turkish enterprises conduct surveys and researches in Poland. We are here aware of the fact that we are able to further strengthen and consolidate our relations."

Republic of Turkey Minister of Economy Nihat Zeybekcisaid that Turkey and Poland have mutually complementary qualifications and are the most rapidly growing economies of Europe. Zeybekci, highlighting that the economic growth ratio of Poland is above 3%, further expressed that the cooperation opportunities within the sectors of construction, energy, agriculture-food and transportation are quite high. Minister Zeybekci said, "Let us organize the Turkey-Poland Business and Investment Summit in Warsaw in the not too distant past. We aim the congregate Eximbanks and establish a mutual fund for the purpose of being utilized both reciprocally and in the third countries."

Vice Minister of Economic Development Ministry of the Republic of Poland Witold Słowikreminded that they plan to attract investment to Poland and emphasized that subway construction in Poland was undertaken by a Turkish construction corporation. Słowik further noted that food sector is among the ones with substantial growth opportunity. Słowik, addressing the importance of the cooperation within third markets, further said, "We can combine our experiences within the areas of construction, energy and power plant in the Central Asia."

Olpak, stating that Turkey and Poland can collaborate and cooperate in the sectors of finance, automotive, white household appliances, energy, agriculture and construction, further stated that Turkey is ready to offer substantial opportunities to Polish business world representatives within the cooperation in third countries both in terms of experience and geography. Olpak continued his speech as: "The role assumed by Poland within Viségrad Group is quite valuable for us and in this context, I propose for a Business Forum congregating business worlds between V4 countries and Turkey to be held." 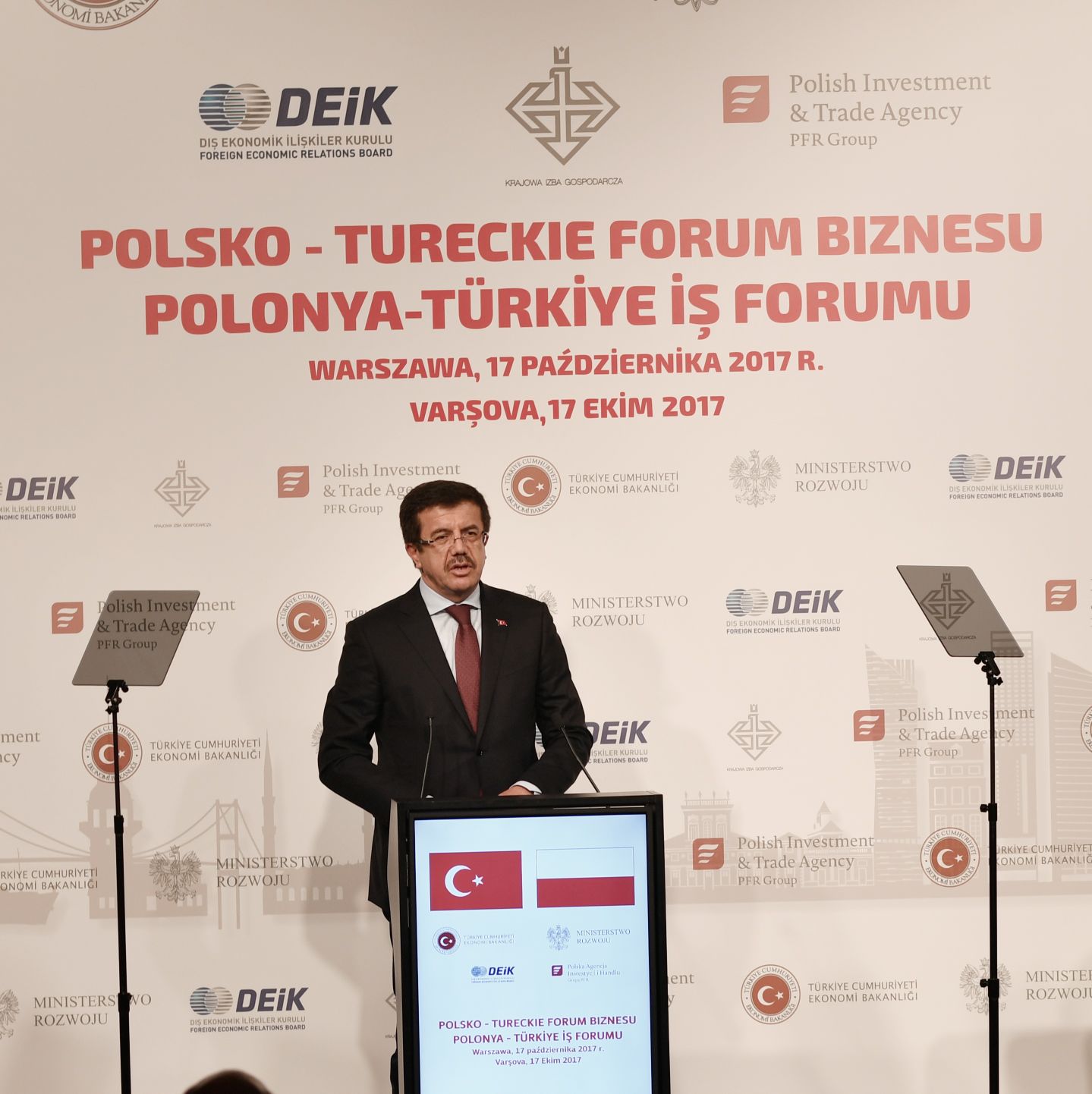 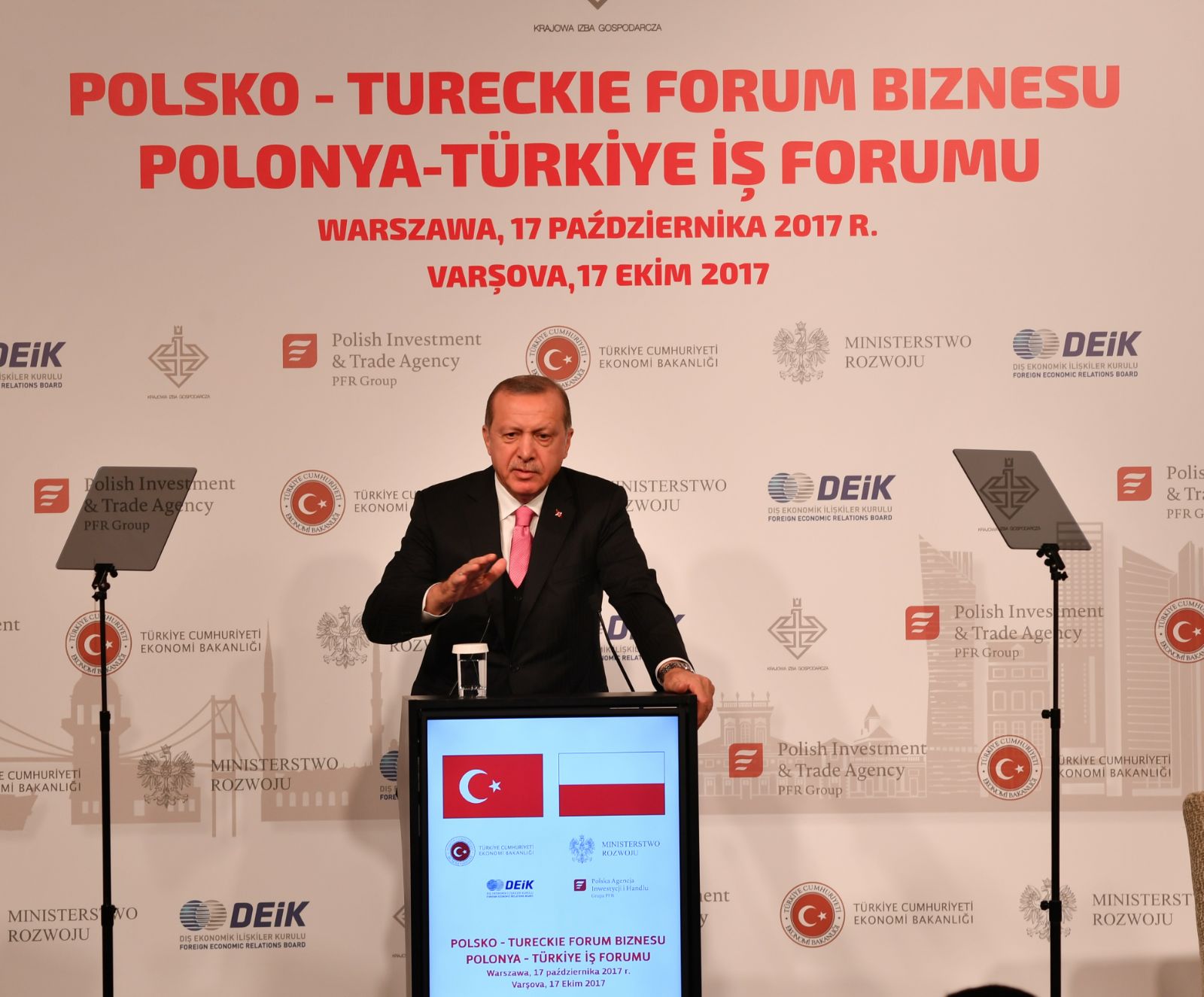 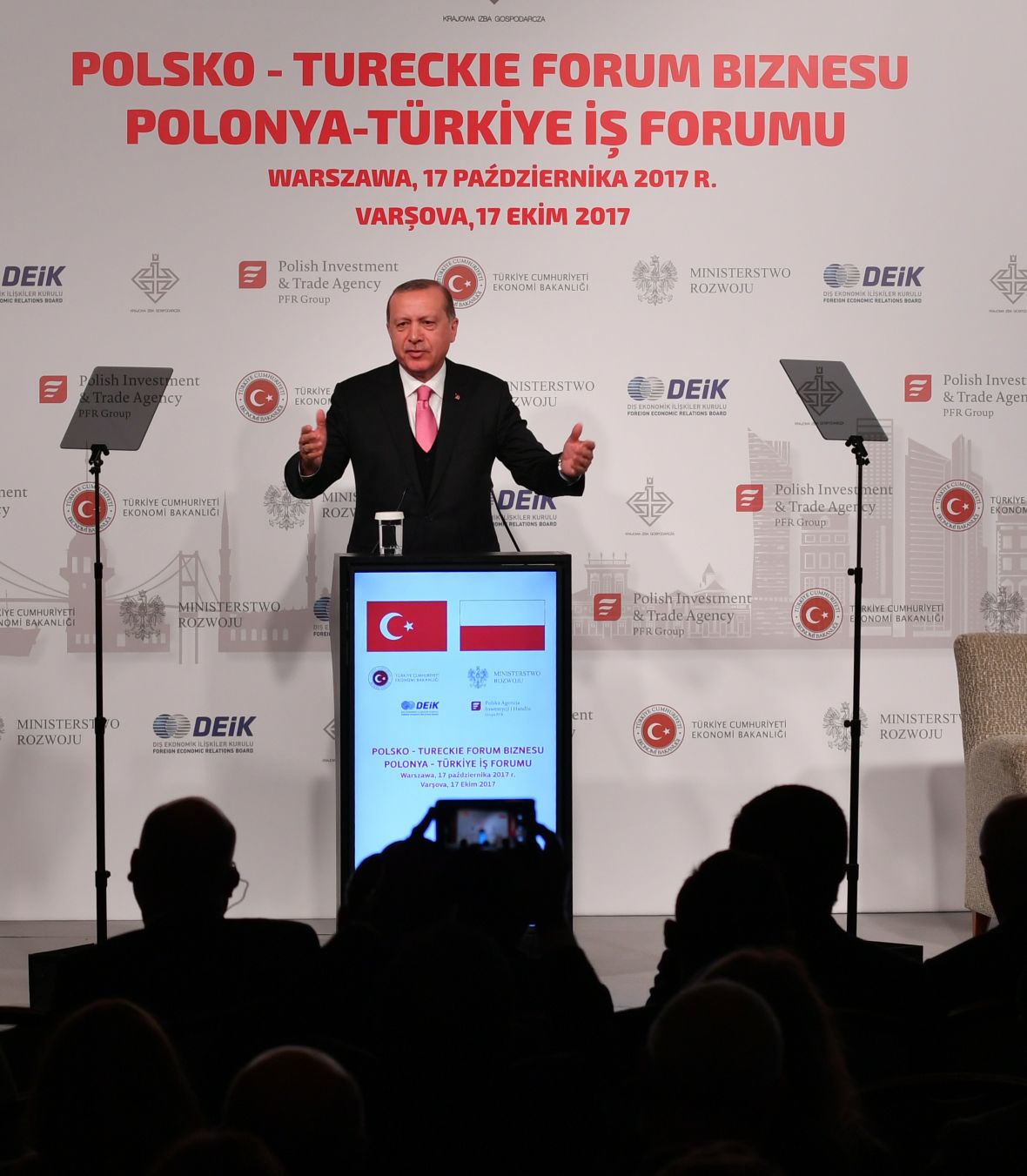 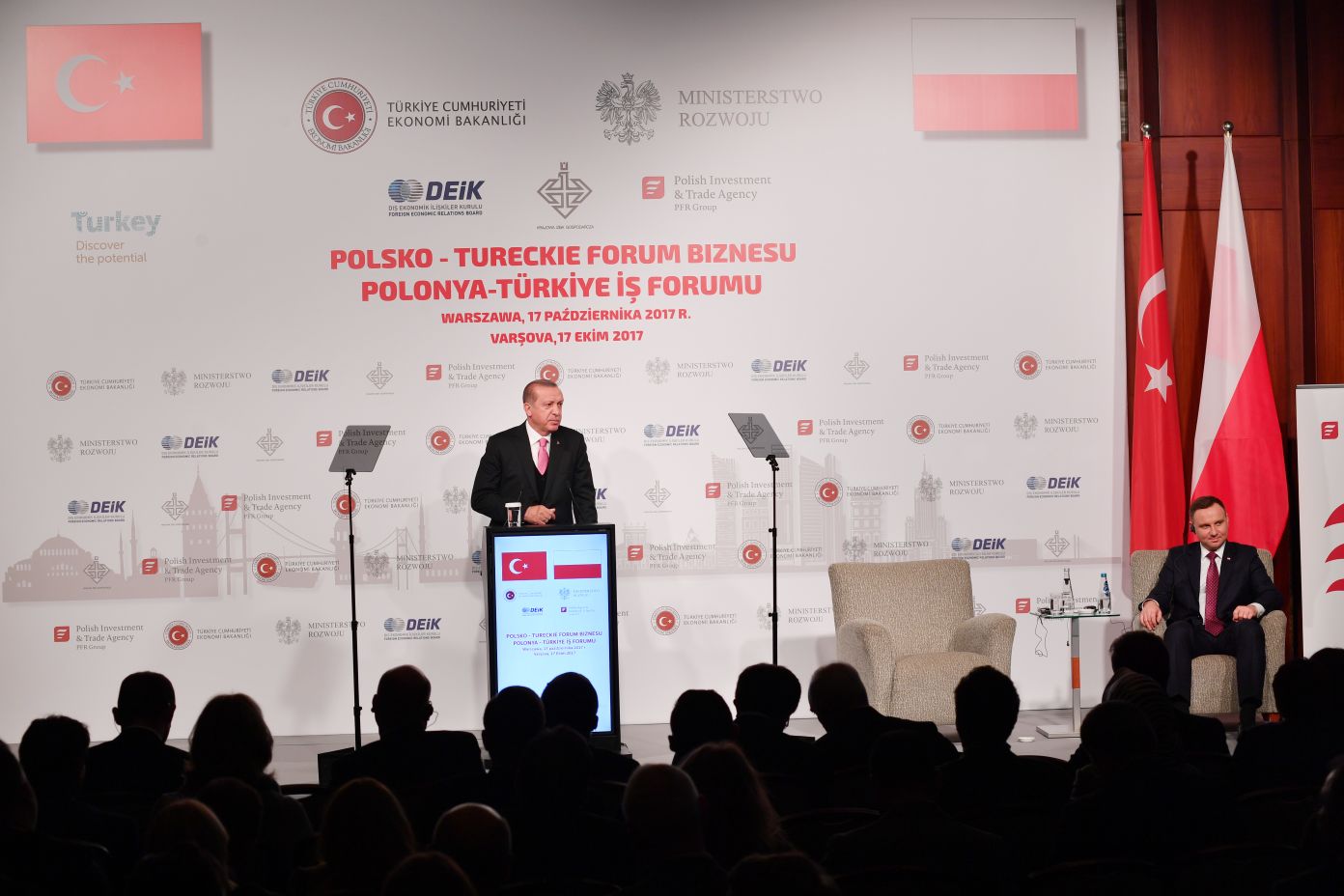