President of Gambia Adama Barrow, stating his happiness and gratitude to be in Turkey in his opening speech further said, "Being in this magnificent country as the official guest of the President Recep Tayyip Erdoğan is a great honour for us." This invitation is a clear indication of the confidence of Turkey in Gambia. Turkey, since its inception, has always been a strong country as well as has a unique culture and the most importantly, in where knowledge springs. When evaluated in this respect, Turkey's support on Gambia with numerous advantages attributes is quite substantial for us. Gambia had a transition period to democracy of 22 years and was in need of the support of a great country like Turkey. By this transformation, we would like to have a new and fresh start between Turkey and Gambia. Gambia offers a reliable and safe investment environment to Turkey through its democracy, geographical location and easy-going system. Especially, aviation, energy, tourism, agriculture, healthcare sectors have great opportunities for investing in our country. When we also consider the infrastructure works to be performed in the upcoming period, we can see that Turkey shall be among the countries with substantial investment moves within these areas. On this opportunity, we would like to take further steps in the economic relations between the two countries. Barrow also said that they would like to promote and take forward the relations between Turkey and Gambia and this is the correct moment to invest in Gambia. Barrow further stated that Gambia is a country with easy access to other African countries.

Vice Minister of Economy Fatih Metinsaid, "We are glad to convene with the President Adama Barrow of friendly and brother country Gambia". Metin, highlighting that the cooperation shall further be increased by the talks between the two countries, further said that there are opportunities to develop and improve the bilateral trade volume between Turkey-Gambia. Metin, stating that the current trade volume is far from being the indicator of the potential, mentioned that the endeavours shall be continued for the improvement of the trade volume and the balanced increase in the favour of Gambia. Metin, stating that Turkey has support regarding the investments to be done in Gambia, elucidated that Turkish construction sector a volume of business worth of 350 billion USD worldwide and Turkish contractors shall be able to provide support and assistance in Gambia's reconstruction and infrastructure areas.

Metin, emphasizing that the legal infrastructure for the development of trade has already been ensured, relayed the information that ‘Agreement for Reciprocal Protection of Investments' and ‘Prevention of Double Taxation' between Turkey and Gambia have come into effect. Metin also expressed that the Free Trade Agreement between Turkey and Gambia shall be discussed and negotiated within the scope of the Joint Economic Commission Meeting to be held in Turkey-

ECOWAS Economy and Business Forum to be organized on February 22-23. Metin, stating that Turkey is ready for cooperation with Gambia in every aspect, further said that there are cooperation opportunities in the sectors of agriculture, tourism, energy, education, healthcare and others.

Turkey's experience shall be practiced upon in energy and infrastructure investments

DEİK President Olpaksaid, "Gambia has a renowned proverb, saying ‘Giant Bombax tree grows from tiny seeds.' I am sure, every seed we sow shall turn into giant trees. Our investments and trade steps taken shall evolve into great work of arts, grand projects and lead to increase in joint prosperity and welfare through our win-win approach.'" Olpak, elucidating that the number of our Embassies in Africa has reached to 42 and DEIK proceeds with its activities and operations in accordance with the priorities of the Turkish government and under the coordination of the Ministry of Economy, further mentioned, "the number of our Business Councils in Africa has reached to 42 in line with these endeavours. At this rate and the way things stand; the number of our Business Councils grow even further. Turkey-Gambia Business Council is one of those."

Olpak, stating that the seeds sown proceed to transform into giant trees, said, "On one side, Turkish contractors of our shall take steps in the direction of all sorts of infrastructure investments and on the other side, key players of Turkish energy sector shall ensure the support required for the power generation and distribution. A total of 143 Business Councils of ours as 136 being country-based and 7 being sectoral and special-purpose and we as DEIK family together shall sow new seeds and while they transform into giant trees, we shall endeavour for our country's and your achievements and accomplishments."

DEİK PresidentNail Olpak, stating that they expect an intense participation to Turkey-ECOWAS Economy and Business Forum of which Gambia is among the members, further said, "as business world, on the occasion of the Forum to be held 10 days later, we are waiting for the day we embrace the entire West Africa and therefore proceeding with our preparations with full pace."

DEIK/Turkey-Gambia Business Council President Şaban Dinçsaid, "As the Business Council, our top priority objectives include increasing the current bilateral trade volume of 40 million USD to over 100 million USD in the short-term." Dinç, stating that initiatives of DEIK/Turkey-Gambia Business Council regarding ensuring Turkish Eximbank loan support for the investment projects in Gambia are currently proceeding with, further mentioned, "initiation of Turkish Airlines direct flights to Banjul is among our priority objectives. The relations between Turkey and Gambia expedited with the visit of Honourable President Barrow is now on even advanced levels." 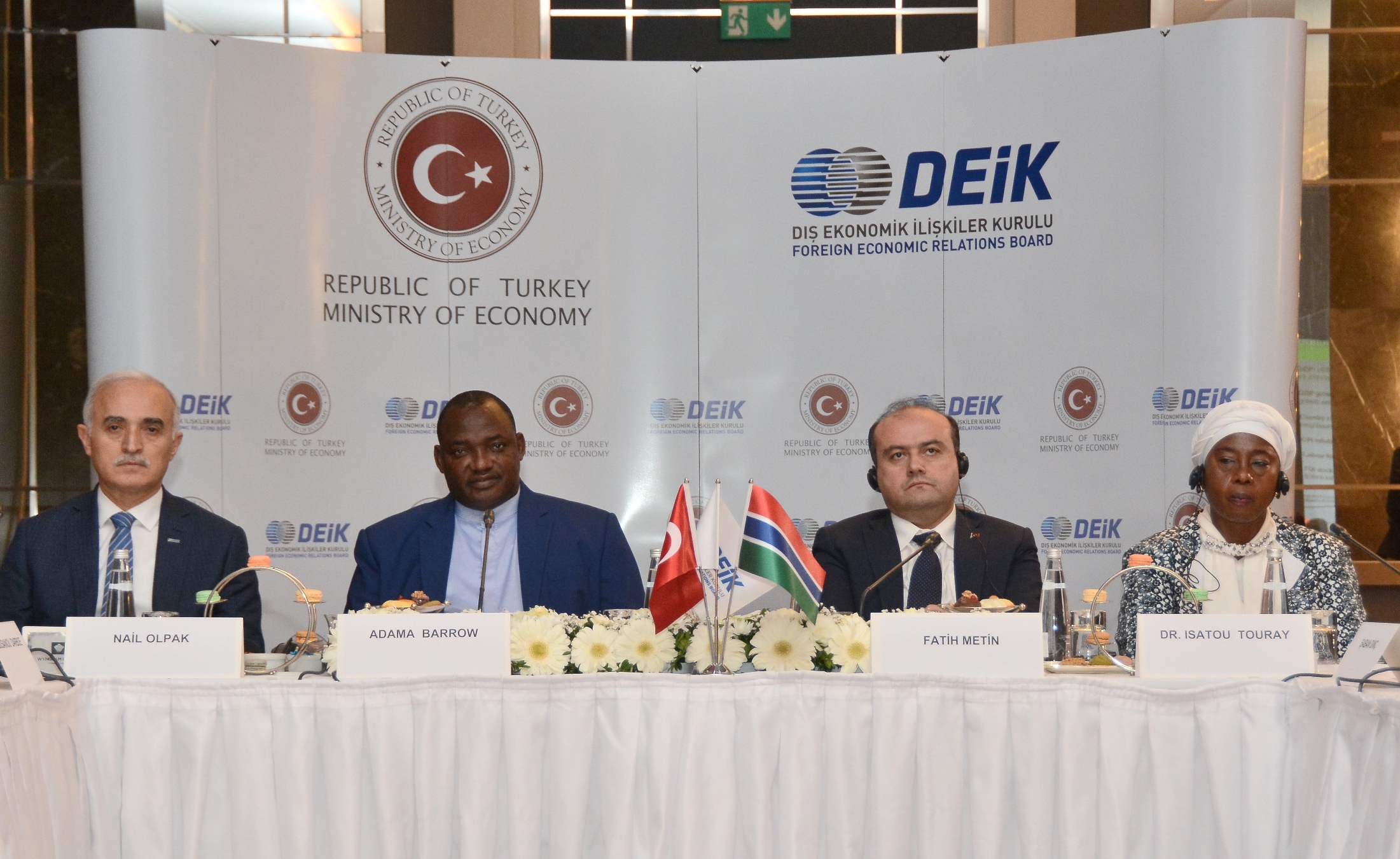 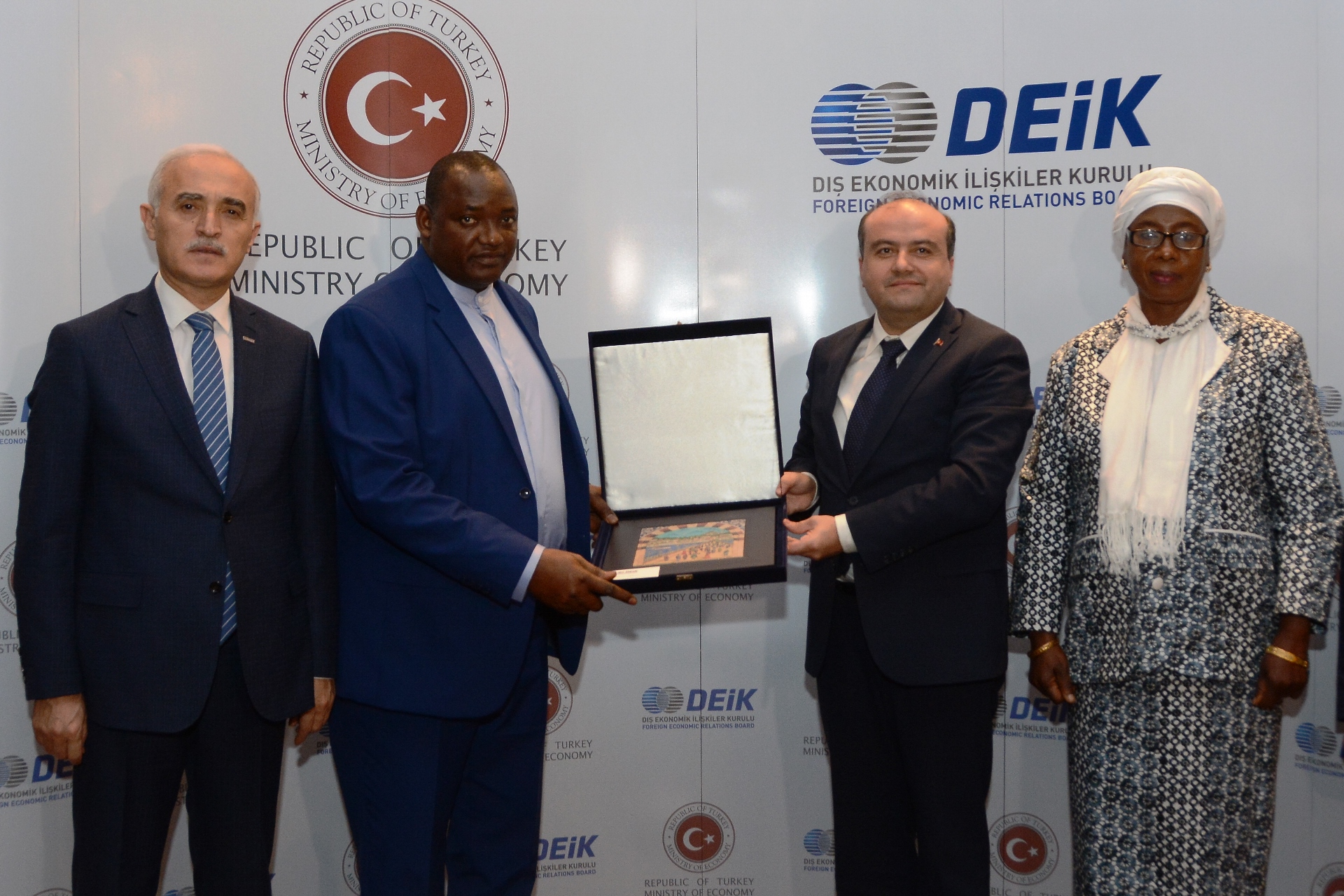 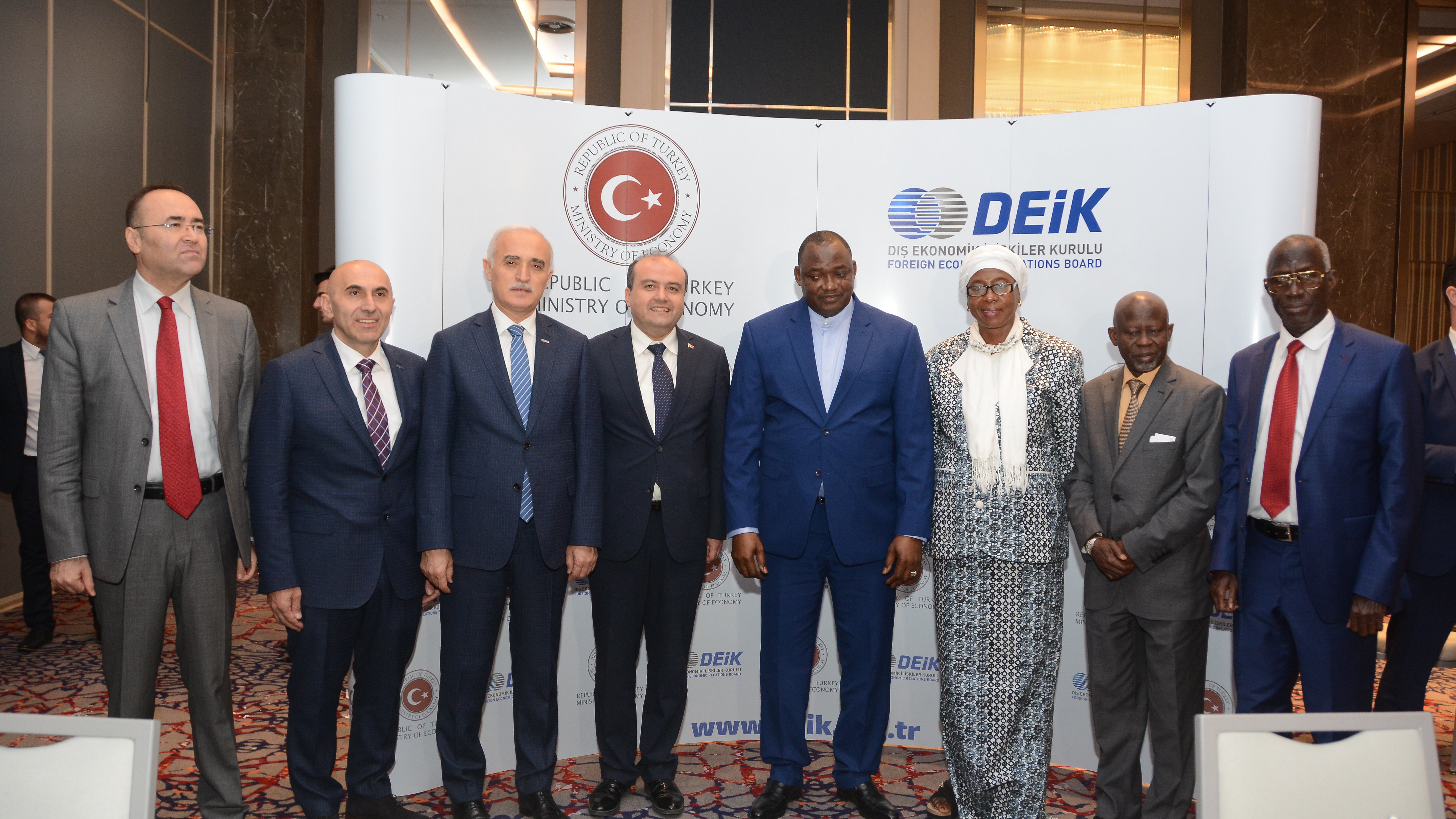