Venezuelan President Nicolás Maduro stated in the opening speech that an intensive endeavour was carried out in Ankara with the participation of representatives of the Venezuelan business world. President Maduro passed his remarks that he conferred with President Erdoğan regarding stimulation of trade for the purpose of strengthening and diversification of the bilateral relations. Maduro further noted that İstanbul serves as a portal to access Africa, Asia and the Middle East and a bilateral cooperation agreement was concluded with respect to five areas particularly tourism, agriculture, industry, security and economy. Maduro, emphasizing that Venezuela has been undergoing a transformation process, further highlighted that Turkey and Venezuela are proceeding through a new era in where further cooperation shall be continued accordingly. Maduro, emphasizing that Venezuela's economy has predominantly been based on oil for almost a century, further noted that oil dependent era has ended and new reforms are made regarding the invigoration of the economy. President Maduro has also stated that they are ready to provide all sorts of support and assistance to the Turkish business world and invited Turkish investors to his country as a part of the economic transformation of Venezuela within the entire sectors.

Republic of Turkey Minister of Economy Nihat Zeybekcisaid, "We will once more visit Venezuela at the soonest possible date with a very strong business world team in care of the Ministry of Economy and DEİK". Minister Zeybekci, stating that the visit to be paid to Venezuela shall provide the business worlds of both countries with the capability to do business by means of matching corporations peer-to-peer, further noted that the distance between the both countries is quite long but this distance is appreciated as "vast opportunities with the magnitude as much as the ocean between the two countries". Minister Zeybekci, stating that a substantial team will be arriving from Venezuela in the forthcoming days upon the visit of Venezuelan President Maduro, further mentioned, "We are preparing the entire platform for you. We are expeditiously taking firm steps to make bilateral trade free and remove the impediments and obstacles to the bilateral trade. Besides, we are currently laying down the infrastructure to accommodate substantial facilitations in the areas of trade, financing and banking."

TOBB President M. Rifat Hisarcıklıoğlusaid, "We are closely following the policy of fair distribution of the resources that was started to be implemented during the era of legendary leader Hugo Chávez and is currently continued by President Maduro." Hisarcıklıoğlu, implying that the bilateral trade volume has dropped down to 83 million USD within the last 5 years due to nuisances experienced in Venezuela, further noted that Turkish corporations are capable of addressing the urgent needs and requirements of Venezuela with respect to agriculture, food, pharmaceuticals and cleaning materials with the best quality and most competitive prices. Hisarcıklıoğlu, emphasizing that there are agricultural estates of millions of hectares in Venezuela that are not subject to plantation and these estates can be contributed to the economy by means of cooperation to be established between the Turkish corporations and the relevant public authorities.

TOBB President M. Rifat Hisarcıklıoğlu emphasized that Venezuela having the worlds best cocoa aroma and Turkish corporations with broad experiences in coffee and chocolate production can cooperate in this context, further stated, "We are well aware that Venezuela urgently is in need of social dwellings. Our corporations that have previously undertaken and successfully delivered projects in your country such as social dwelling construction are capable of undertaking your residential projects in an expeditious manner and accordingly your harbours can be modernized by Turkish corporations through cooperation and collaborations with your public authorities. We are also aware that your exportation potential is not completely practiced upon due to renewal requirement of Venezuelan harbours and ports." 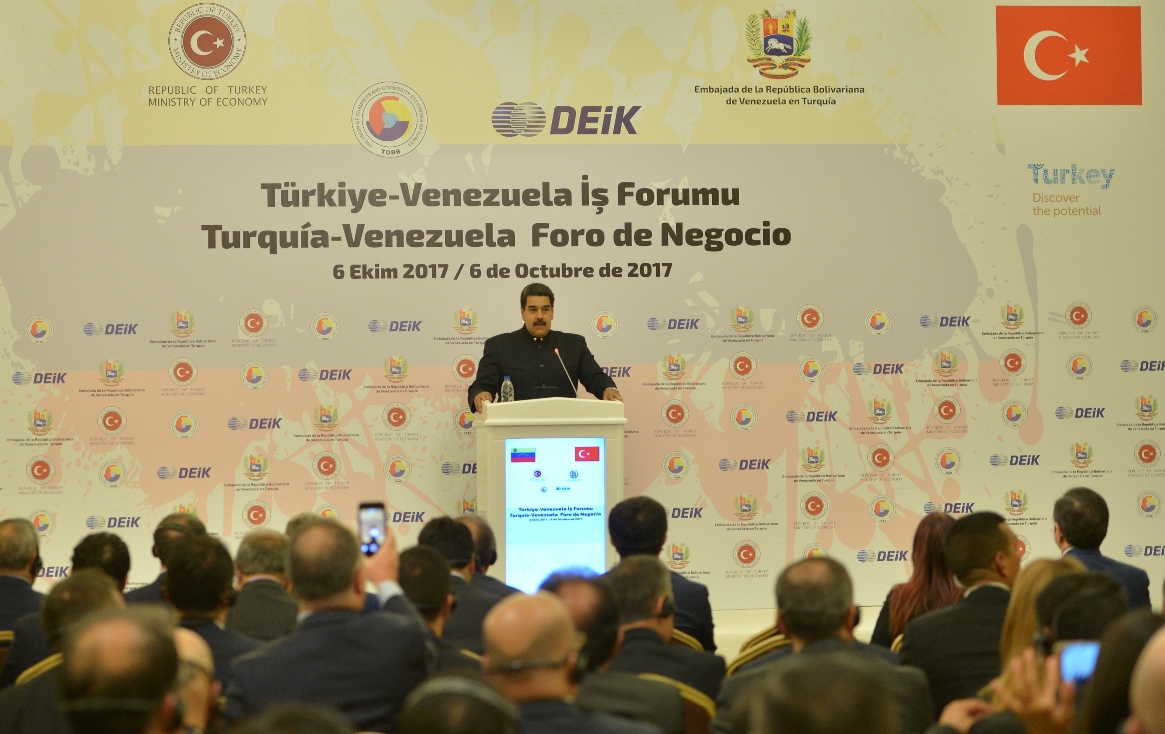 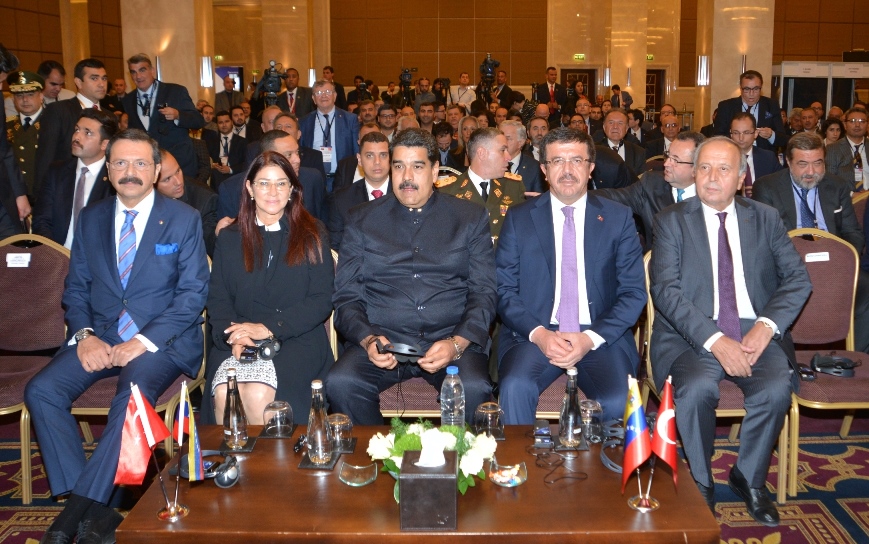 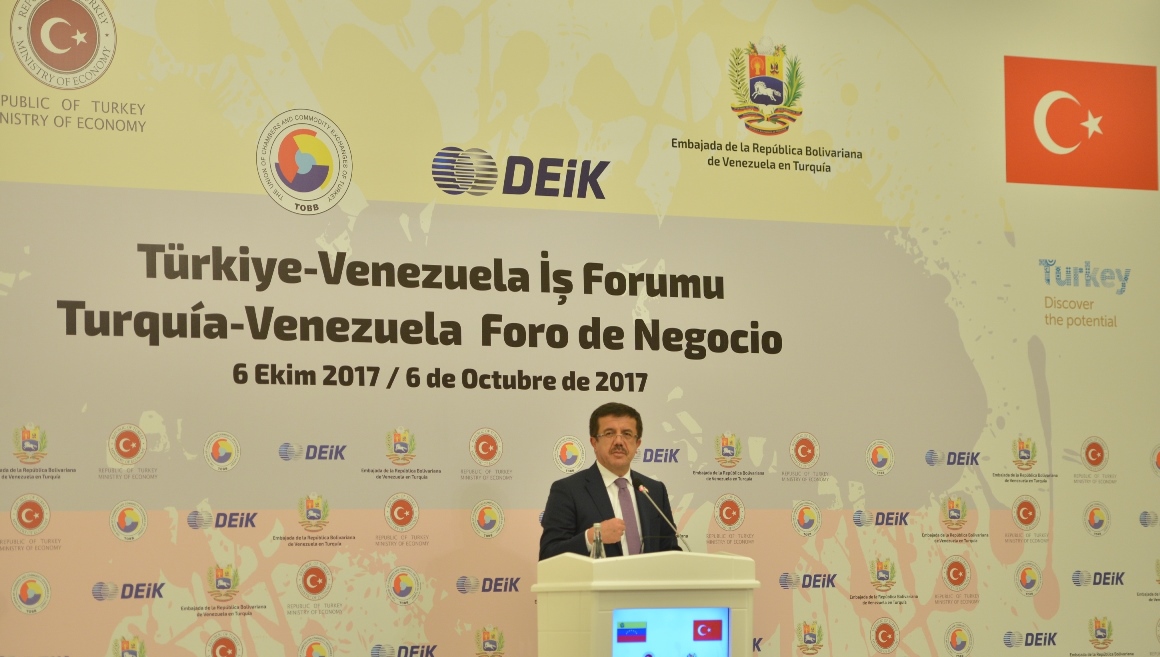