Representatives of the business world having mutual investments in Kuwait and Turkey have attended the meeting hosted by DEiK/Turkey-Kuwait Business Council and DEiK President Ömer Cihad Vardan with the participation of Kuwaiti Minister of Trade and Industry H.E. Khalid Nasser Abdallah Al-Rodan. Suggestions for removal of the obstacles to mutual investments and trade between the two countries were brought to agenda of the meeting held hosted by DEiK on June 22, 2017 in Istanbul.

Speaking at the meeting Kuwaiti Minister of Trade and Industry Khaled Nasser Abdallah Al-Rodan emphasized that Kuwait's economy is based on competitive superiority based upon free market and freedoms and supremacy of law are prevalent and predominant in the country. The Minister Al-Rodan has further stated that Kuwait has relationships based upon friendship with the countries within the Region with the structure favourable for economic initiatives. He also reminded of the experiences developed and improved commerce network of Kuwait within a wide geography. Minister Al-Rodan, addressing the economic relations between Turkey and Kuwait, said, "We have a long-established relation with Turkey with deep roots within the depths of history. We should not content ourselves with the current agreement. We are planning Kuwaiti Emir's visit to Turkey to be accomplished. We would like to draft agreements to be submitted for signature during the visit. Developing our strategic relation with Turkey is highly substantial for us. We are supporting Turkey's goals of 2023 to be among the biggest 10 economies of the world. Economy is not accomplished by unilateral development. Business world is the driving force. We are required to preserve and increase the investments between the two countries. We should place an emphasize on permanent, deep-seated, sustainable and sound relations so as to ensure the perpetuity of efficiency." The Minister Al-Rodan emphasized that they are planning investments for infrastructure, superstructure and housing projects worth of more than 20 billion USD within the frame of developments plans in Kuwait and increasing the number of Turkish investments within this scope is among their priority targets.

DEiK President Ömer Cihad Vardan congratulated Kuwait for their role in Qatar crisis. DEiK President Vardan, assessing the bilateral economic relations between Turkey and Kuwait, further stated, "our bilateral relations increasingly progressing. In the last 10 years, our trade volume has been doubled accordingly. Our trade volume is currently around 542 million USD. Our goal is to carry our bilateral trade volume through 3 billion USD until 2020, in another word, to achieve six-fold increase. Our Turkish enterprises doing business in Kuwait experience difficulties from time to time. They expect us to provide support to develop solutions regarding the bureaucratic encumbrances, delaying of tenders and contracts and quotas applied towards foreign workers." DEiK President also reminded that 271 Kuwaiti corporations are engaged in business activities in Turkey in many areas in particular finance and real estate sectors and called for the investments to be increased. President Vardan further said, "I invite our Kuwaiti friends to invest in Turkey and to associate with Turkey. Our Kuwaiti fellows are required to be on alert and all eyes for the businesses that can be done in Turkey and potential business opportunities. There are substantial opportunities also in agriculture and energy sectors. DEiK President Ömer Cihad Vardan has also added that they are in need of Kuwait's support to resume the talks related to Free Trade Agreement with the pending negotiation process among Turkey and Gulf countries. 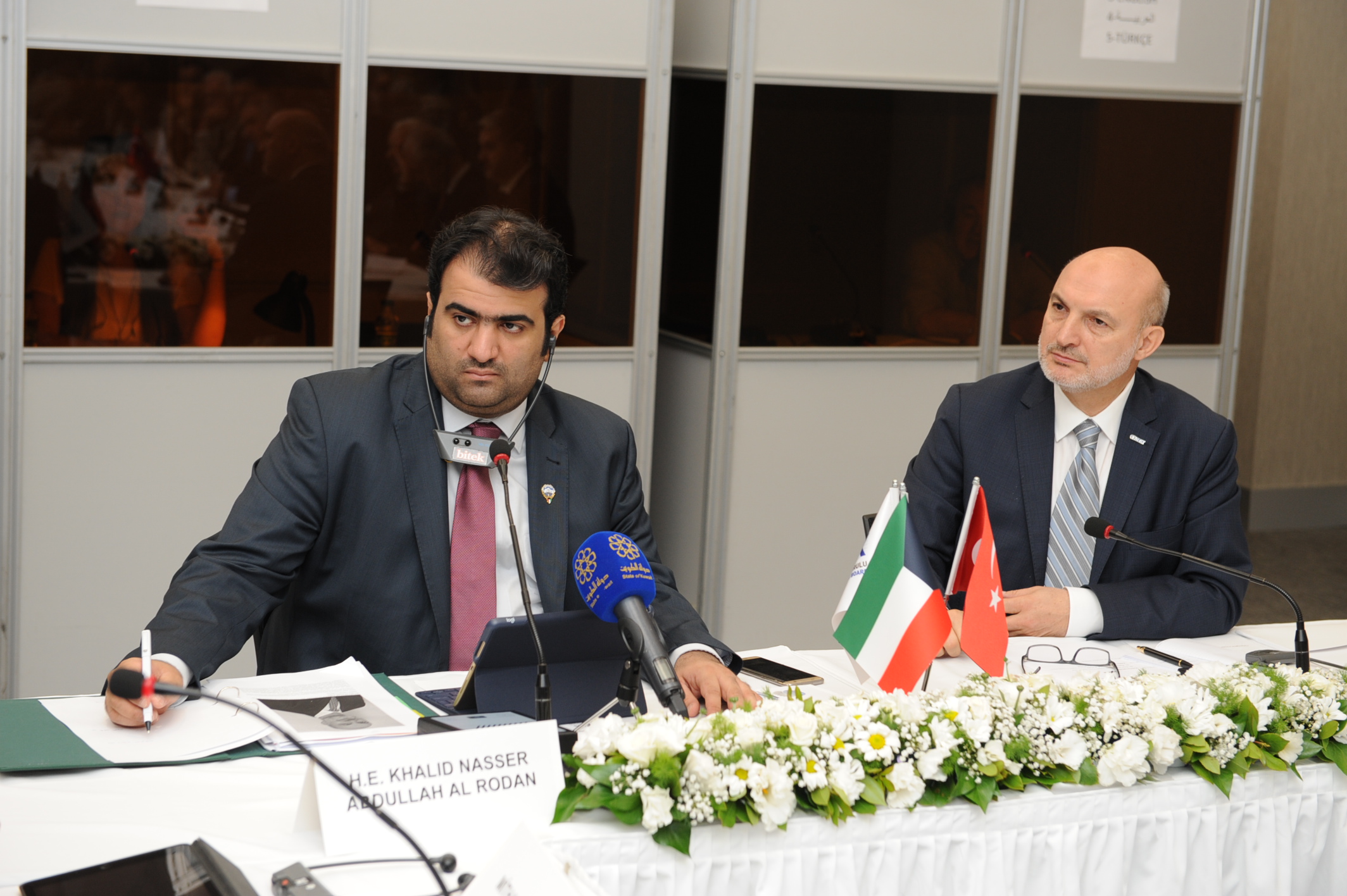 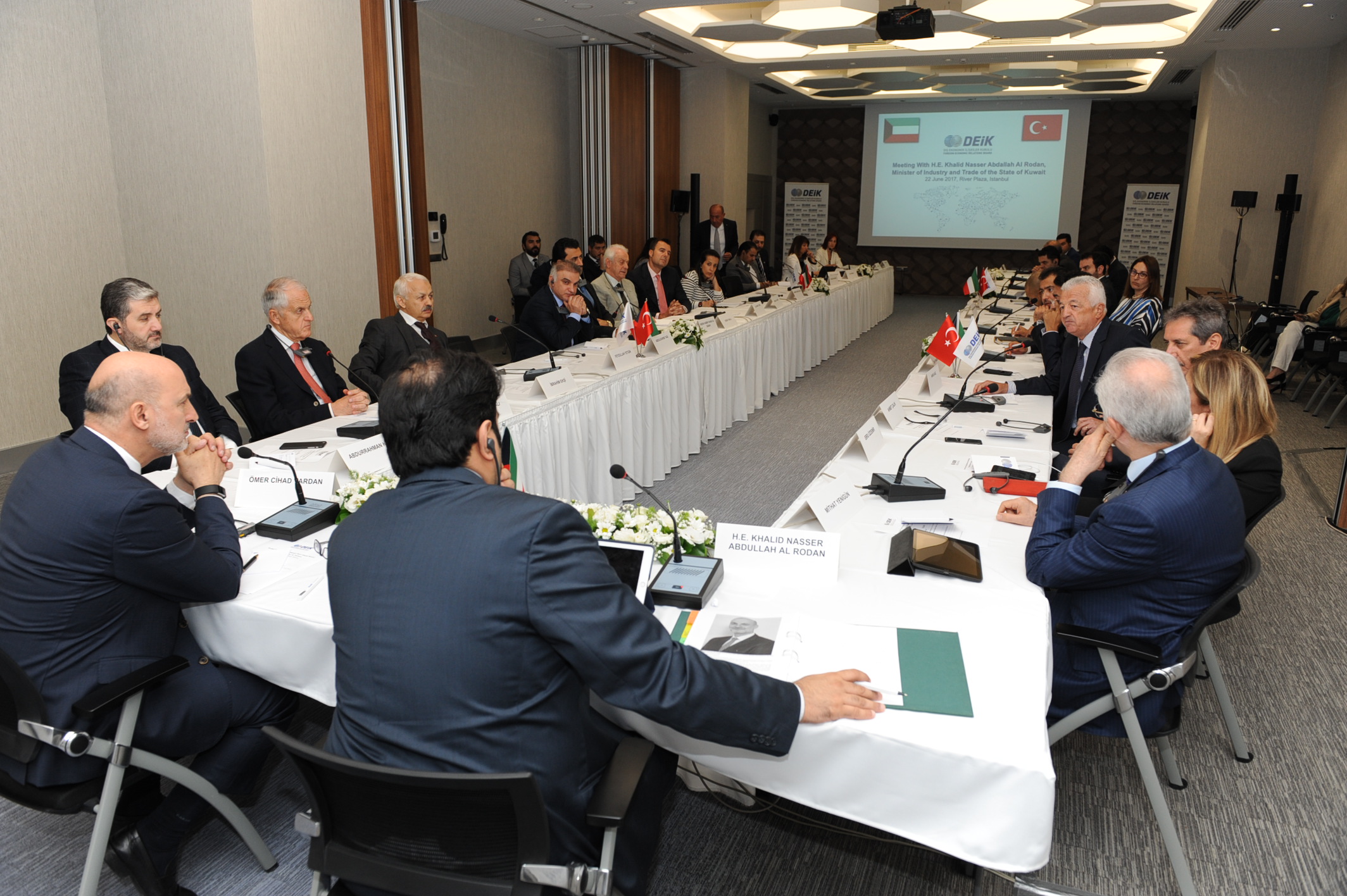