Minister of Economy Nihat Zeybekcidelivered a speech in the Forum and said that Turkish business world has investments worth of 2 billion USD in Kazakhstan and Kazakh counterpart has investments of 1 billion USD in Turkey, but this figure is far from reflecting the real potential. Minister Zeybekci further stated that opportunities for two brother countries would step up even more with the activation of Baku-Tbilisi-Kars Railway Project and ‘One Belt-One Road' Project and current bilateral economic relation established on energy and raw materials would advance even further. Minister of Economy Nihat Zeybekci, mentioning that sincere dialogues between the leaders of both countries should encourage the reciprocal representatives of business world, further noted that the Investment Promotion and Protection Agreement concluded in 1992 is required to be updated accordingly. Minister Zeybekci, stating that they wish to determine the framework for a Free Trade Agreement including the services and investment areas within the year 2017, said, "21st Century will be noted as a Turkish and Kazakh Century".

Turkish Exporters Assembly (TİM) Deputy Chairman Mustafa Çıkrıkçıoğlu reminded in his speech delivered in the Forum that Kazakhstan, by virtue of its cost advantage and geographical location, welcomes increasing numbers of international investments each year. TİM Deputy Chairman Çıkrıkçıoğlu, remarking the program "Kazakhstan 2050 Strategy" accomplished by Kazakhstan President Nursultan Nazarbayev and aiming for development, further stated that there is a potential of increasing the bilateral trade reciprocally to contribute to development and noted, "Kazakhstan, having a foreign trade surplus for many years, accomplished imports worth of 25 billion USD for the year 2016. Machinery, mechanical equipment, boilers, goods made of iron and steel are the top three items of Kazakhstan's imports. At this point, I would like to mention that our country has delivered an outstanding performance within the said three sectors in previous years. We currently export products to more than 200 countries in these three sectors totalling to 25 billion USD for the year 2016. However, our exports to Kazakhstan in those sectors are around 200 million USD. In other words, we have a potential space to achieve more export figures in these three items. In the textile sector that our exports indicate a figure of 90 million USD, it is one of the most important items within our trade with Kazakhstan. Our country harbours a substantial potential for Kazakhstan within the food sector occupying an important place in Kazakhstan's imports. Turkey and Kazakhstan, located at a nearby geography, are specialized in diversified product groups." TİM

Deputy Chairman Çıkrıkçıoğlu further noted that the potentials in different sectors would be discovered deeply by means of strengthening bilateral relations.

DEİK/Turkey-Kazakhstan Business Council President Mert Sarıpointed out the investment opportunities in energy field with the increased awareness within the scope of the event. Sarı further said, "Kazakhstan is one of the countries becoming prominent within the recent years in terms of its economic potential, social peace, political and economic stability, steps taken for settlement of market economy and corporate reforms made, constructive policies aiming for resolving regional and international disputes and other factors."

Sarı, stating that 18 international corporations from 115 countries have participated to Astana EXPO 2017, organized under the theme of "Future Energy", emphasized that Turkish pavilion is currently ranked among the top 5 countries with the most visitors as of June 10, 2017.

Kazakhstan International Chamber of Commerce Chairman and Kazakhstan-Turkey Business Council President Ayan Yerenovsaid that cooperation between Turkey and Kazakhstan has increasingly been improved in recent years. Kazakhstan International Chamber of Commerce Chairman Ayan Yerenov, emphasizing that Turkey is one of the most closest and most reliable partners for Kazakhstan, further noted that not only the economic and commercial sharing but also experience and information sharing between the two countries have rapidly progressed during the recent years. 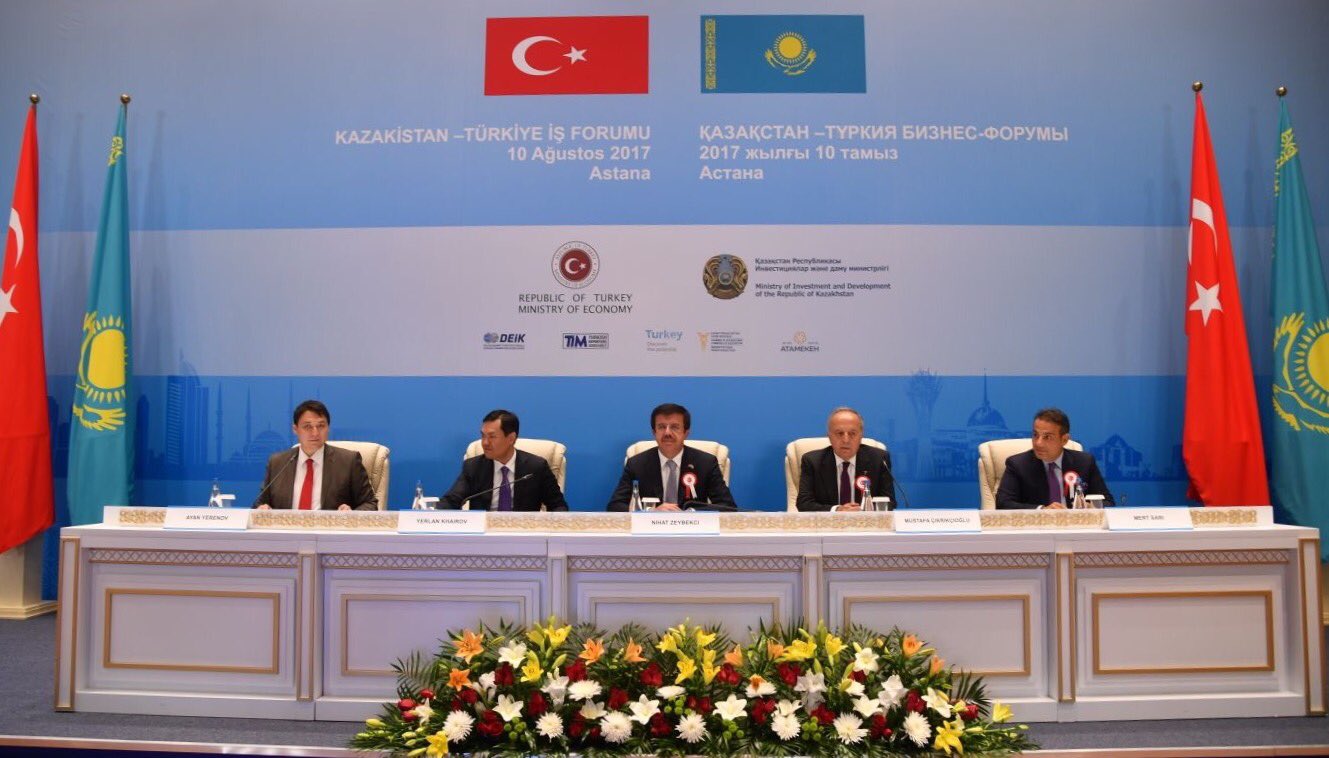 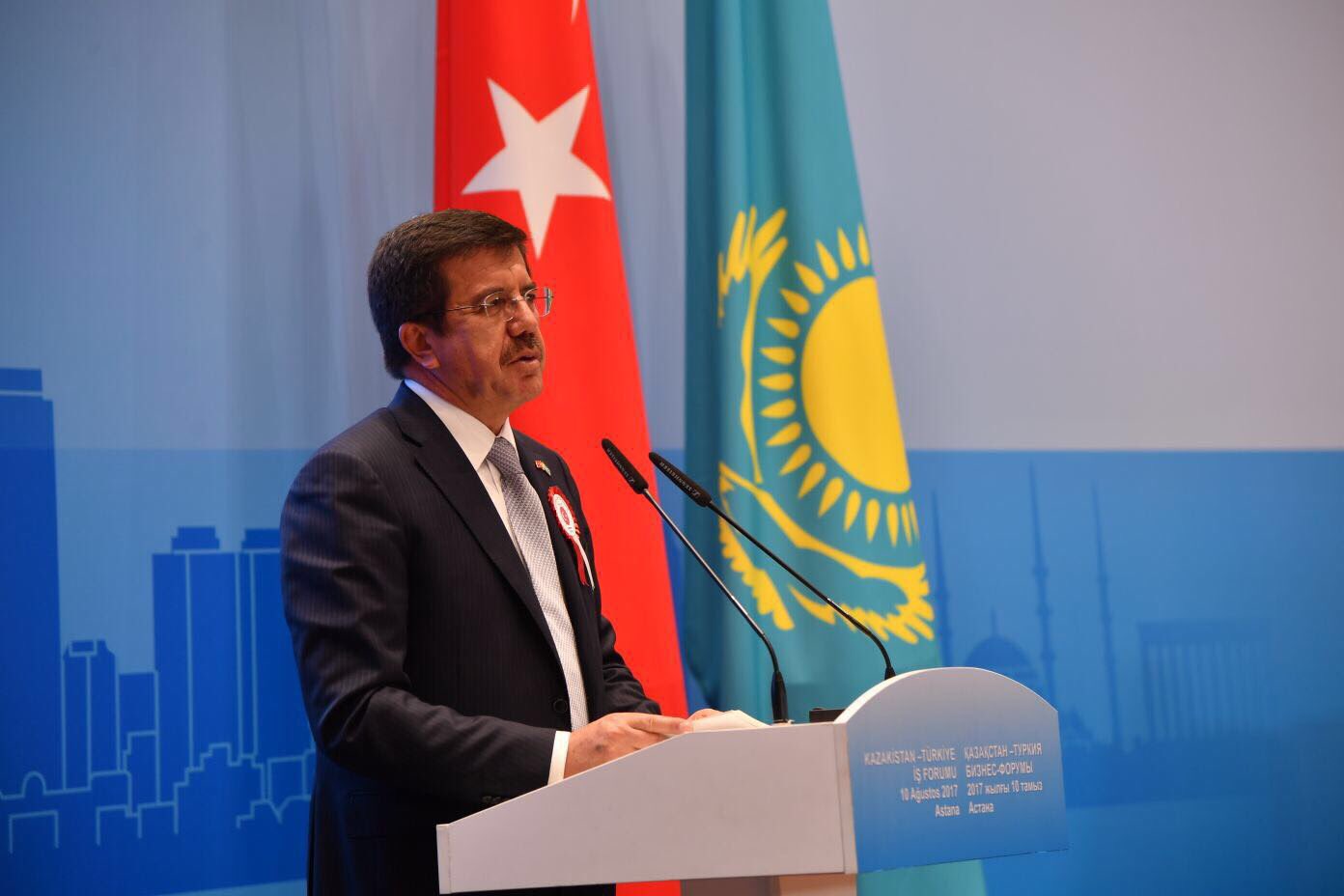 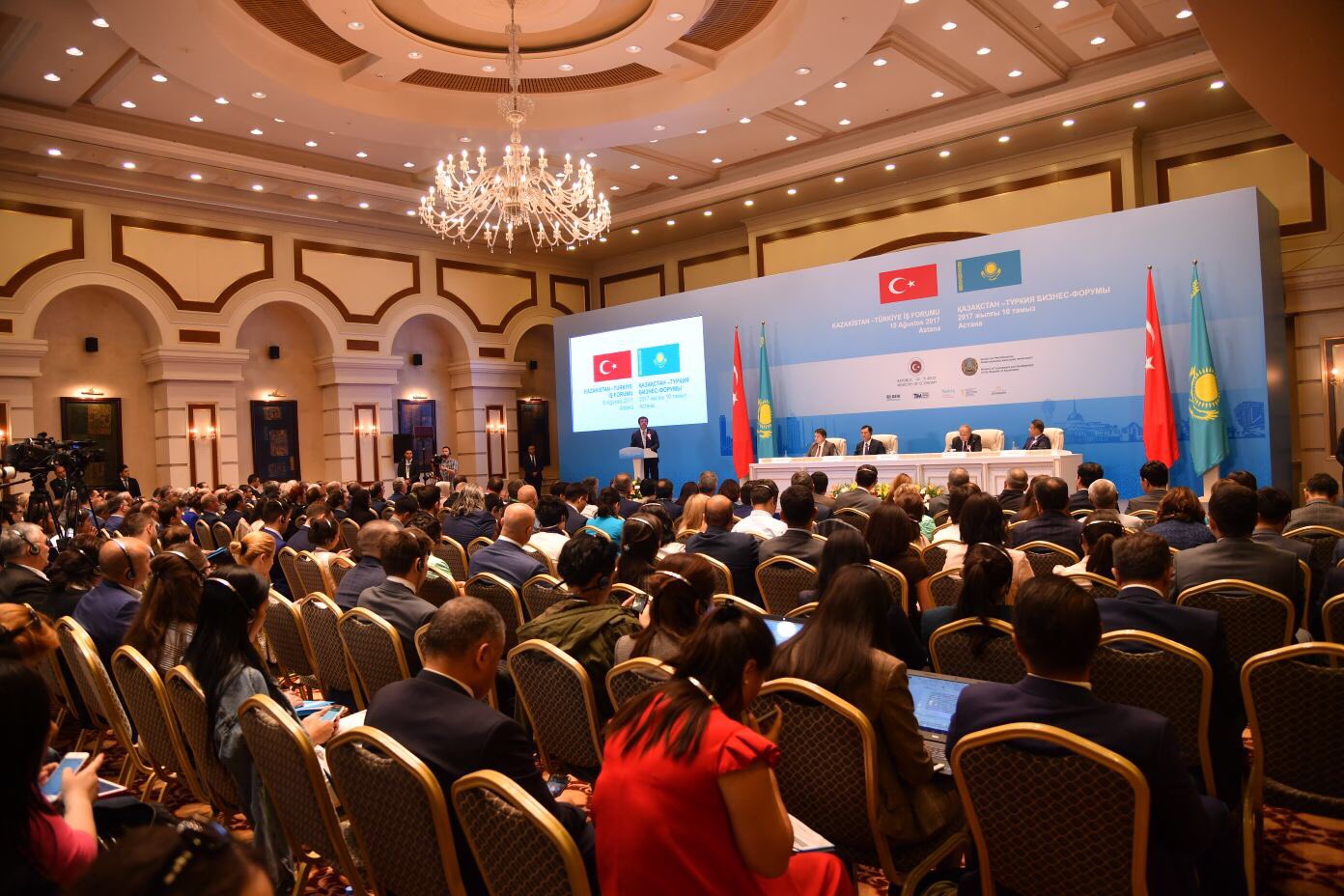