Turkish Economy Minister Nihat Zeybekci expressed his wish to host an "Irish Day" in Turkey as soon as possible during his opening speech. Turkey acts like a bridge and a center country; furthermore, Turkey and Ireland are old allies even in the hardest times. Economy Minister Zeybekci reminded that he believes in the superiority of law in Turkey and that Turkey should be evaluated within the context of its geography. "We know that we will confront with problems as a result of being in a significant geography and owning wealth and rich culture" said Zeybekci. Our allies would be mistaken to regard us as a country in Central Europe. Turkey's journey in past 200 years is obvious; it aims to reach the level of modernity and civilization. European Union membership process does not bother us. Our first priority is to reach EU standards, membership comes the second. Ireland has been there with us in our most hard times and we will not forget it. During the process of Customs Union renewal, we would like to extend our collaboration with Ireland in the fields of service and technology. From now on, I believe that Ireland's support to our relations with EU has become significant. In June, European Union will make a decision on Customs Union. We want to bring Customs Union into life in the first half of 2018. Deepening Customs Union will be beneficial for both European Union and Turkey. Irish and Turkish companies should get together in the fall of 2017 to create a joint roadmap; nevertheless, we know that Ireland is dominant in the word's economy. 80 million Irish citizens live abroad. We should not forget Turkey's significance in the Islamic geography. Irish technology companies and Turkish construction companies can do business together. Turkey will invest 200 billion USD in renewable energy and 250 billion USD in transportation. There are many investment opportunities in defense and communication sectors.

Irish Foreign Affairs and Trade Minister Charles Flanagan expressed that Irish brands have become important in the global trade and especially world's biggest tech companies prefer Ireland. EU is aware of Turkey's efforts in the immigration crisis; also, Ireland is one of the countries to react failed coup attempt on July 15. Ireland has always supported Turkey's membership process to European Union and will continue to support. He stated that Ireland supports Turkey's objective of ranking in world's top 10 economies by 2023. Both parties will benefit from Turkey-Ireland collaboration and this event in Dublin will enable to discover the potential and the opportunities.

DEİK President Ömer Cihad Vardanemphasized that more joint ventures should be established between Turkey and Ireland in the fields of trade and investment. He expressed that JETCO mechanism should be used more efficiently. Vardan stated that total trade volume between two countries is 1.3 billion Euro as of 2016, but still, this number is not enough. Turkey and Ireland need to develop investment relations and to share know-hows. Ireland is Europe's capital regarding technology and innovation as well as its substantial investments in high tech. Turkish business community should take use of Ireland's knowledge since it houses many important international companies such as Apple, Google and Facebook.

The friendship between Turkey and Ireland, which houses the youngest population in EU, dates back to 16th century. Today, new collaborations are getting kicked off between two countries. Ireland's economy grew by 7.8% in 2015 and its main sectors are construction, sustainable agriculture and husbandry, renewable energy, ICT, financial services, pharmaceutical and education. Ireland has high investments in the technology sector thus it houses to many international technology giants such as Apple, Google, Huawei, Facebook, Accenture, IBM, Uber and Linkedin. Regarding the financial services sector, over 40% of hedge funds are processed in Ireland. Ireland, the house of 1200 foreign capital enterprises, aims to produce %40 of its energy from renewable energy sources as part of 2020 goals. This means that Ireland needs to invest 2.7 billion Euros to make 300 MW wind energy investment. Furthermore, Ireland needs 25,000 housing to address its housing need. 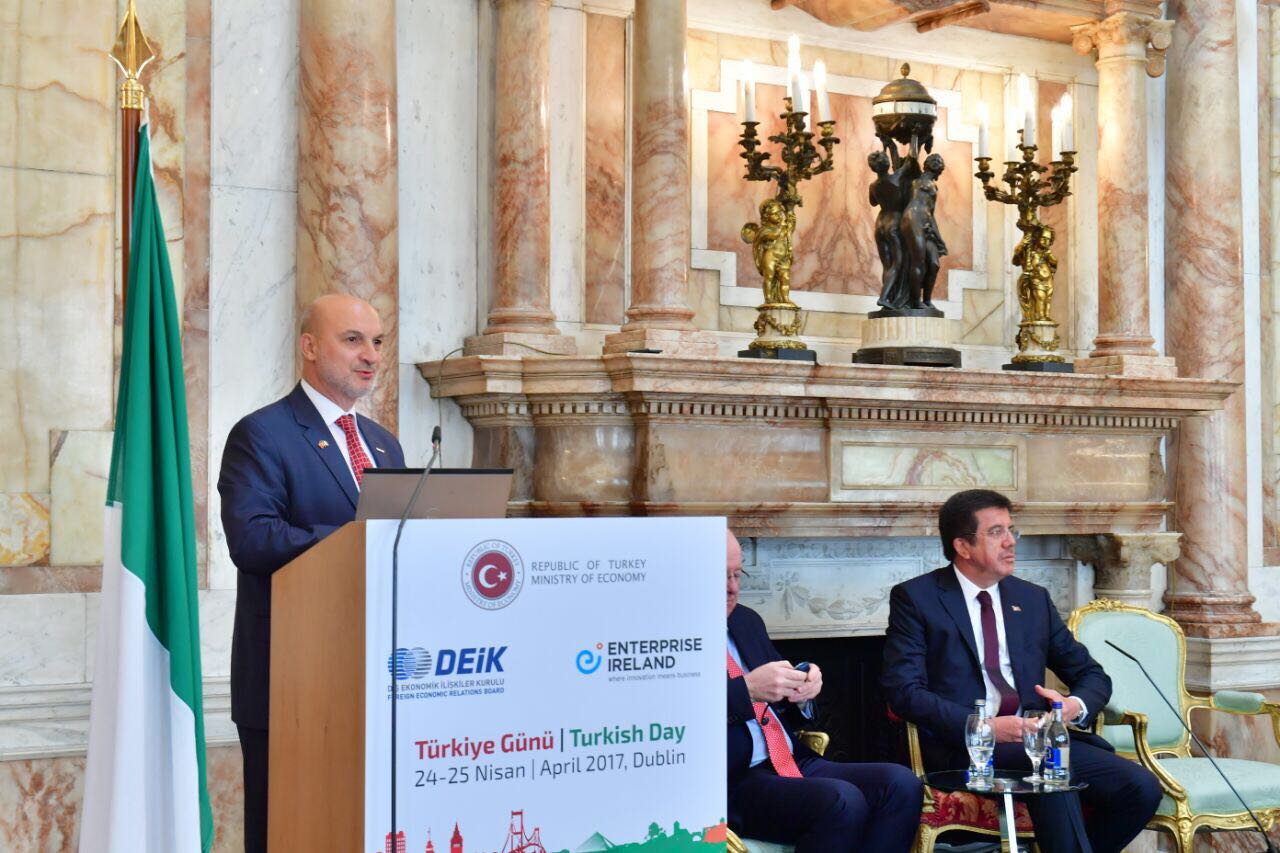 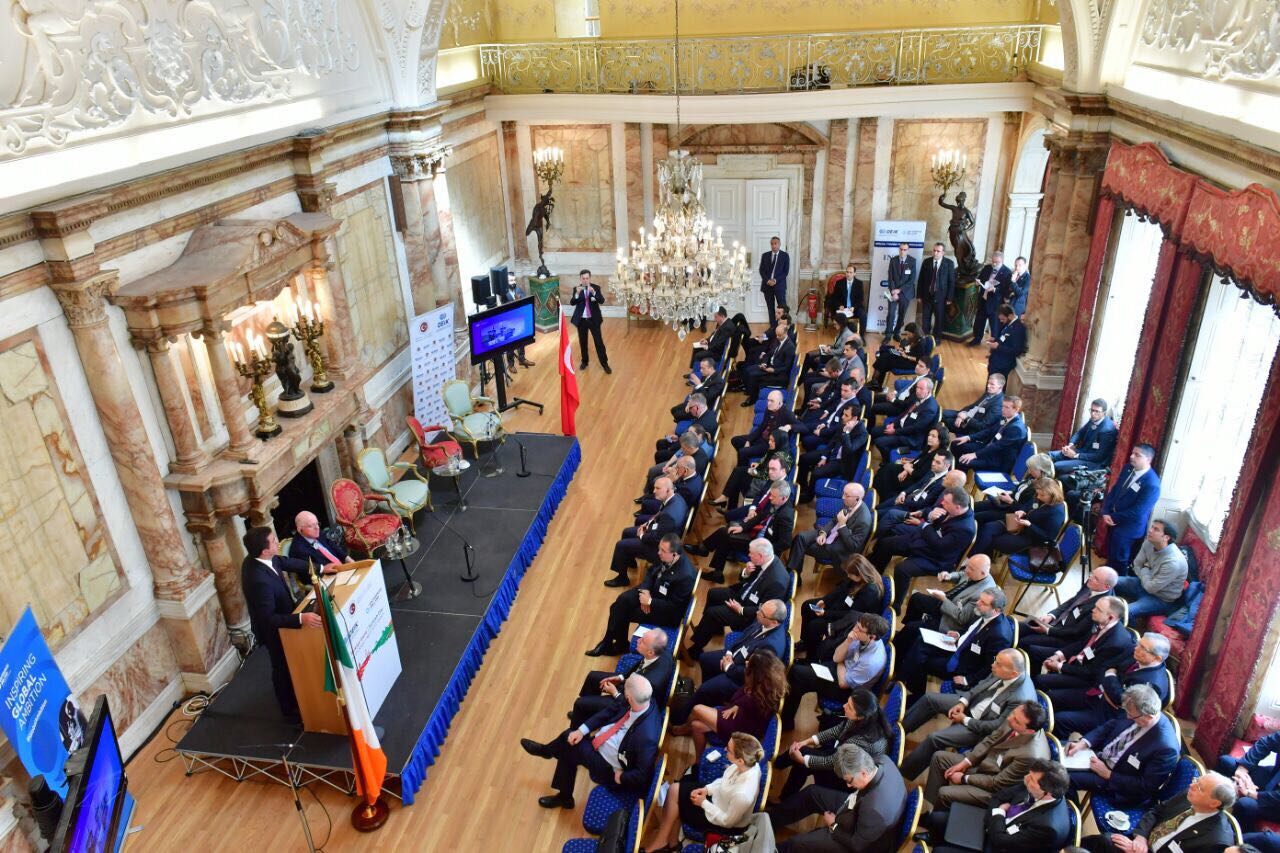 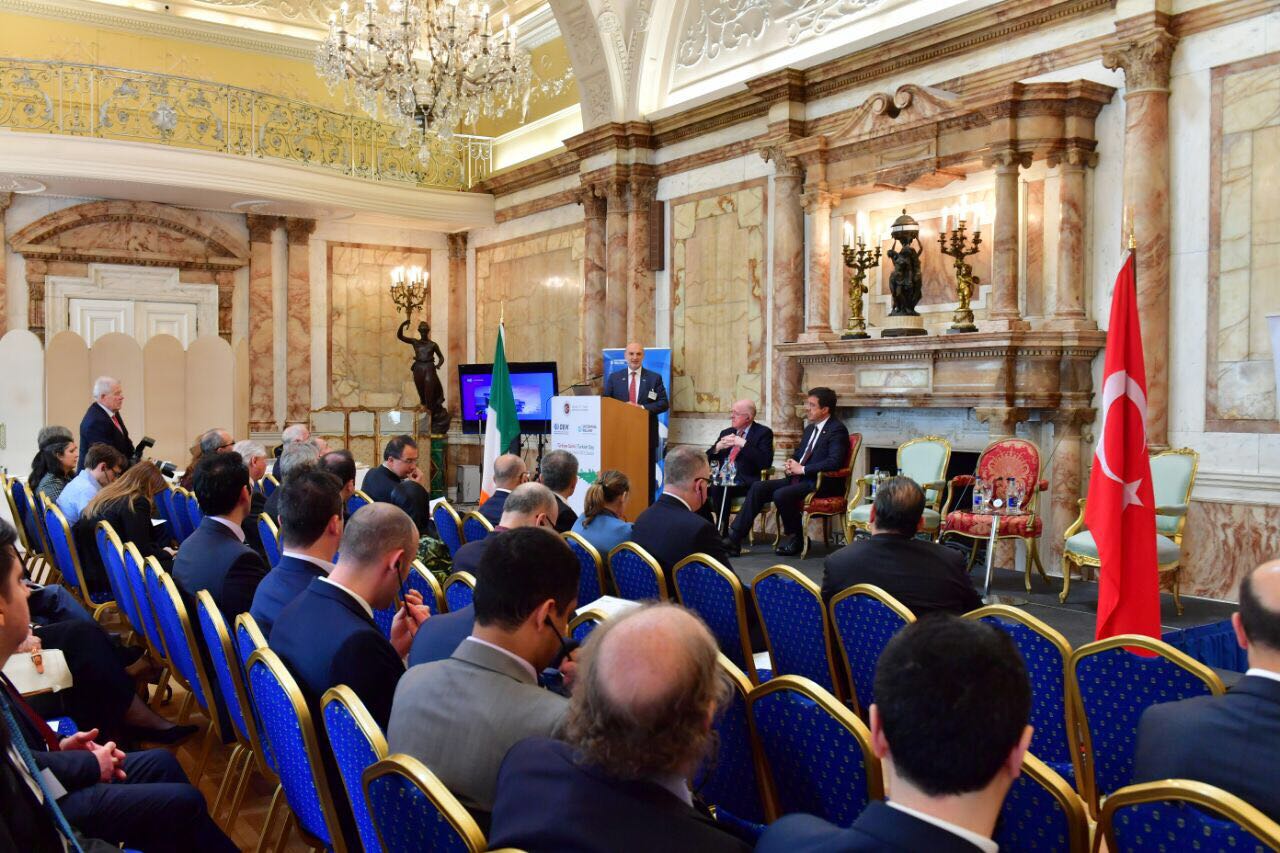 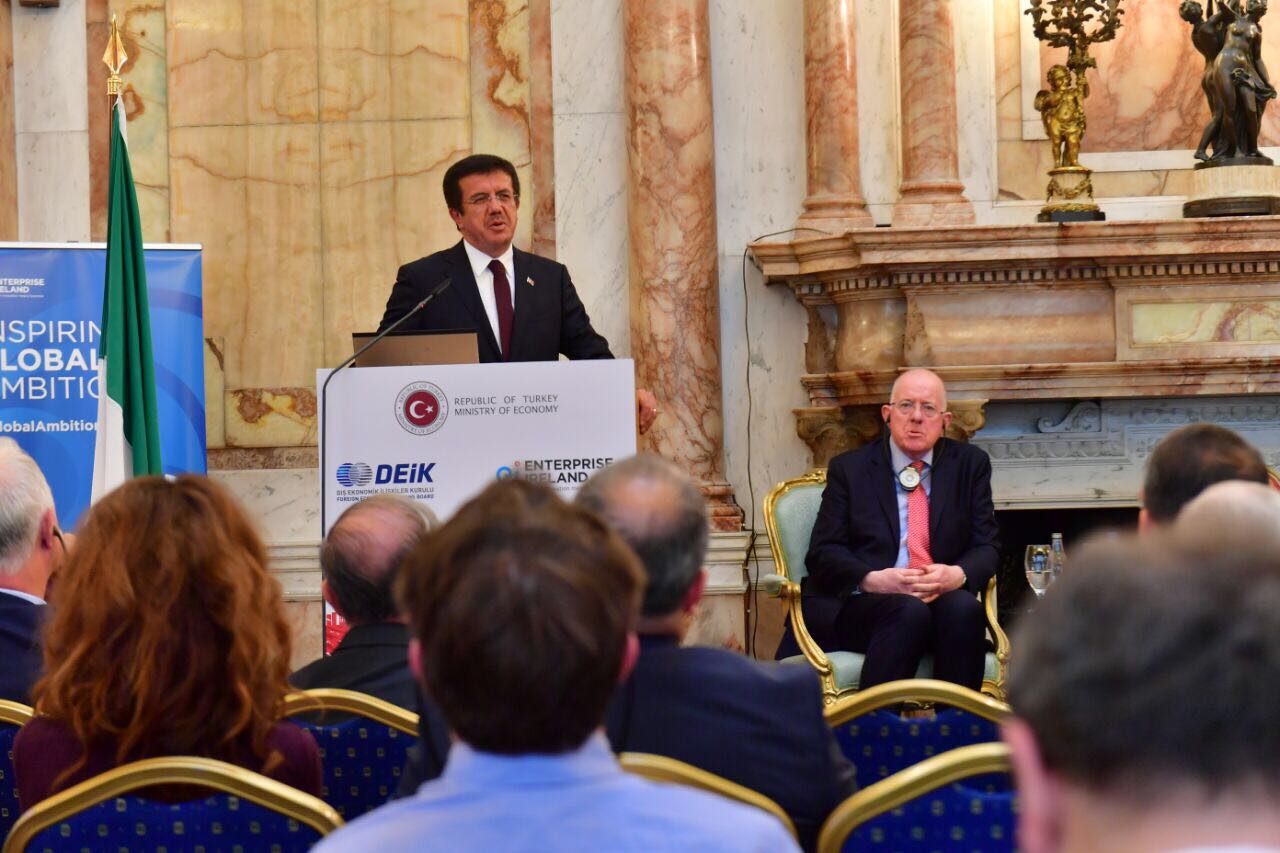 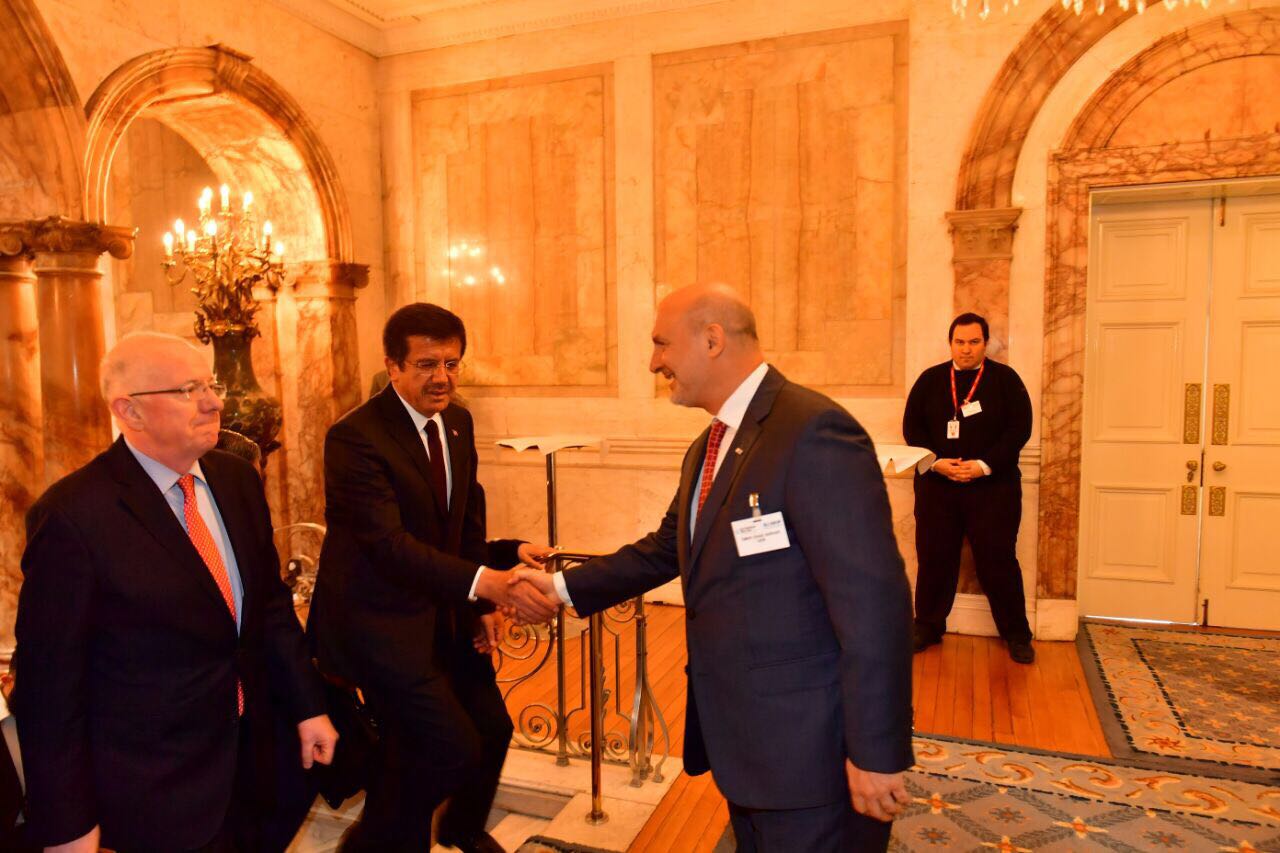 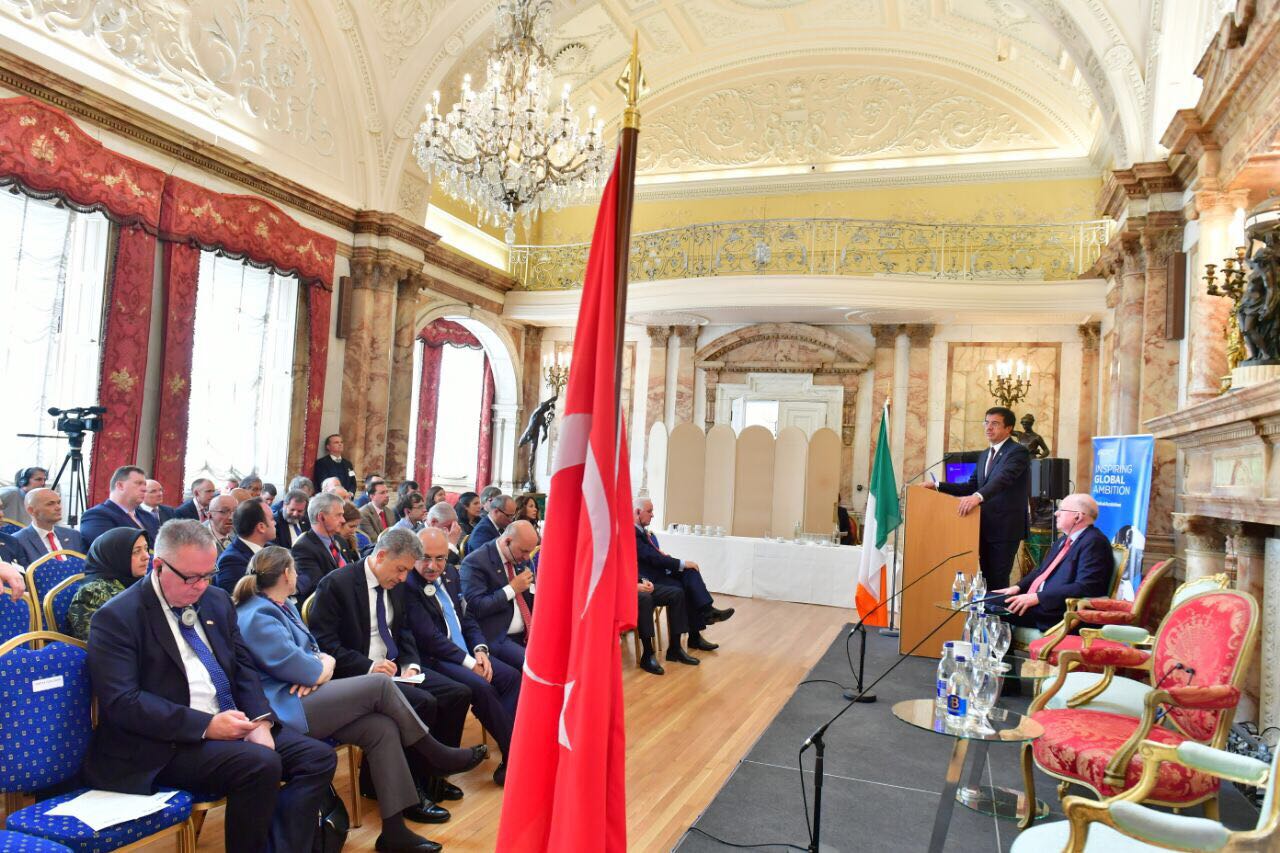