The investments between Turkey and South Africa and sectors involved in trading were on the top of the agenda of the conference organized by DEİK in Johannesburg having the most crowded population in the Republic of South Africa and addressing the economic relations between both countries. The participants DEİK/Turkey-Africa Business Councils Coordinator President Tamer Taşkın, South Africa Ministry of Trade and Industry Investment Funds General Manager Sadick Jaffer and business world representatives from two countries have convened in the conference.

DEİK/Turkey-Africa Business Councils Coordinator President Tamer Taşkın stated that the economic relations between both countries have not yet reached to a desirable level and further said, "We are required to enhance and bolster our relations with South Africa in terms of economy. We can cooperate with South Africa in the areas of trade and investment, particularly in the areas of textiles, constructions, construction materials, machinery, infrastructure and superstructure, agriculture and many more that are Turkey's strongest sectors." Taşkın, pointing out that South Africa is one of the leading economies of the African continent, further stated, "South Africa in Turkey's eyes, is the country with which we do the most business among the Sub-Saharan African countries and Africa comprises of approximately 40% of our business done within Sub-Saharan region. South Africa and Turkey are the leading countries with strong economies on their geographical regions."

South Africa Ministry of Trade and Industry Investment Funds General Manager Sadick Jafferm pointed out the potential cooperation between the two countries. Jaffer said, "We await for Turkish investors to visit South Africa. South Africa is also in the key position for neighbouring countries such as Zambia, Zimbabwe, Botswana, Mozambique and Namibia." Jaffer, reminding that South Africa has declared independence in 1994 and therefore committed to strong democratic values, further stated, "We make more and more solid and powerful investments within industrial area in South Africa with every passing year. As petroleum is scarce in the country, we place emphasize on investments for gas and coal in terms of energy. Our investments in renewable energy shall increase in the forthcoming years." 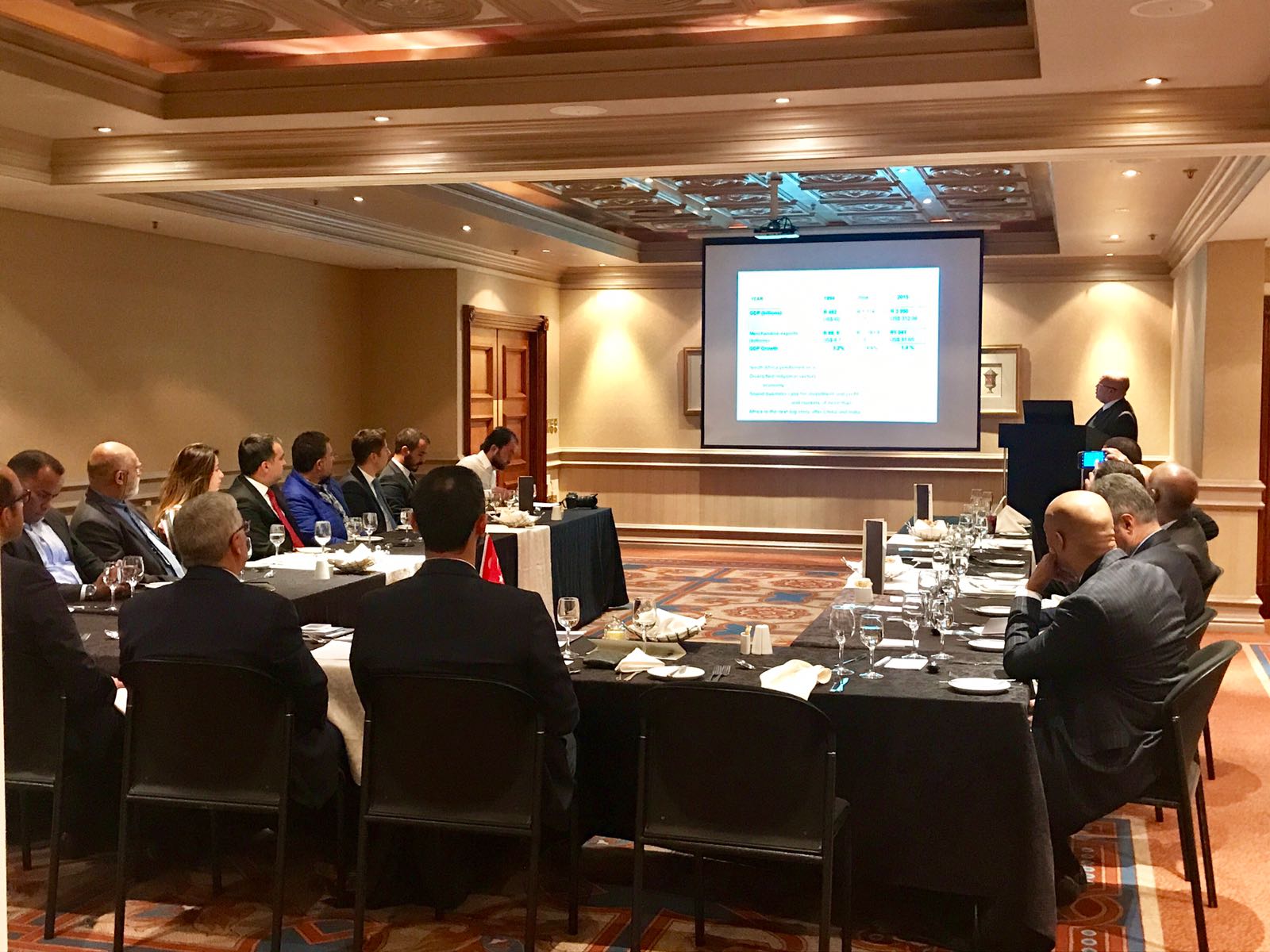