Republic of Turkey Prime Minister Binali Yıldırım stated in his speech delivered within the scope of the Forum that there are substantial opportunities between Singapore and Turkey in terms of economy and trade. Prime Minister, reminding that both countries have been continuously growing, noted that major opportunities will emerge on the geographies on where both countries are located and on different geographies. He further stated, "Singapore is in possession of strong financial resources and Turkey has a substantial fund of know-how and experience, particularly in construction area. We will be capable of doing fabulous and great works by means of coalescence of experience with financial means." Prime Minister Binali Yıldırım, reminding that despite the coup attempt of July 15, Turkey has ended the previous year with economical growth, noted, "The most stable country for the upcoming tens of years will be Turkey accordingly. I am quite confident to say this explicitly." Prime Minister Yıldırım, stating that Turkey attained a more consistent and stable structure through the Constitutional amendment realised recently in Turkey, further stated, "The most significant expectation of the business people to be able to continue their businesses is the consistency and foresight. We now have brought in the consistency and foresight back to our country." Prime Minister Yıldırım, reminding that Singapore will be the Term president of ASEAN in the next year, further noted that he wishes for the enhancement of the relations between Turkey and ASEAN within this upcoming process.

Republic of Turkey Minister of Economy Nihat Zeybekcistarted his speech by reminding that the Free Trade Agreement concluded on November 2015 between Singapore and Turkey is the most comprehensive agreement ever signed in Turkish history and the most inclusionary agreement in terms of sectors. Minister Zeybekci, stating that they aim to reach to a trade volume worth of 2 billion USD between Turkey and Singapore as of the end of 2018, further said that this Agreement would provide leverage especially with respect to making joint business in third countries. Minister of Economy Zeybekci, pointing out that Turkey progressively increase its influence and efficiency in ASEAN Region, emphasized that Singapore will play an important role within this process. Minister Zeybekci, stating, "2018 would be a brand-new year of inception for Turkey and Singapore", invited Singaporean business world representatives to effectively benefit and practice upon the investment and incentive thrust initiated by Turkey.

Singaporean Minister of Trade and Industry S. Iswaran pointed out in his speech that bilateral trade volume between Turkey and Singapore for the recent years has increased rapidly. Minister Iswaran, stating that the Free Trade Agreement concluded and approved between both countries shall come into effect as of October 2017, invited both Turkish and Singaporean business worlds to substantially and accurately practice upon and benefit from the opportunities offered by the Agreement.

Singaporean Minister of Trade and Industry S. Iswaran, stating that both Turkey and Singapore have major advantages due to their geographical locations, further noted that the contributions of Asia-Pacific Region to global growth have been increasing incrementally. Minister Iswaran, stating that reciprocal cooperation in many sectors primarily logistics, e-trade and tourism have the potential for development, reminded that Turkish and Singaporean business worlds are required to pursue new opportunities by going beyond the conventional and ordinary practices in this very period where the rules for global economical order are being rewritten.

DEİK President Ömer Cihad Vardan stated that the Business Forum organized fell within a highly substantial timeframe in terms of economical relations with Turkey and Singapore. Vardan, reminding that the Free Trade Agreement concluded between Turkey and Singapore were approved by both countries, further expressed that they are looking forward for the agreement to come into effect. DEİK President Vardan, stating that they are now able to practice upon the potential within the economic and commercial area between Singapore and Turkey even more effectively and efficiently by means of the Free Trade Agreement, noted, "Turkey's Asia-Pacific Regional policy that is rapidly progressing has a highly substantial importance for us, the business people. We are capable of making quite distinctive businesses through the partnership of Turkey and Singapore partnership not only between us but also in the third countries." President Vardan, stating that Turkey proceeds with firm steps to build upon strong political, diplomatic and security ties within Asia-Pacific Region, further noted, "Establishment of the strong economical and trade ties is the most fundamental task of ours. Therefore, within this framework, we attach great importance for Turkey being ASEAN Sector-specific Dialog Partner. Thus, I believe that our trade volume with ASEAN countries in where Singapore is among the founding countries will rapidly increase accordingly."

DEİK/Turkey-Singapore Business Council President İ. Süha Güçsav stated that Turkey offers great deal of opportunities for country such as Singapore. Business Council President Güçsav, expressing that a major Singaporean investment is about to arrive in Turkey in the very near future, further stated that they desire for the amicable relations and friendship between both countries to last forever. Turkey-Singapore Business Council Co-President David Yang reminded in his speech that the Free Trade Agreement concluded between Turkey and Singapore is one of the new-generation Free Trade Agreements involving in highly extensive area such as services, intellectual proprietary rights, public procurements and the Parties, upon the agreement coming into force, shall be able to develop even more closer economic and trade ties on the axis of a win-win situation. 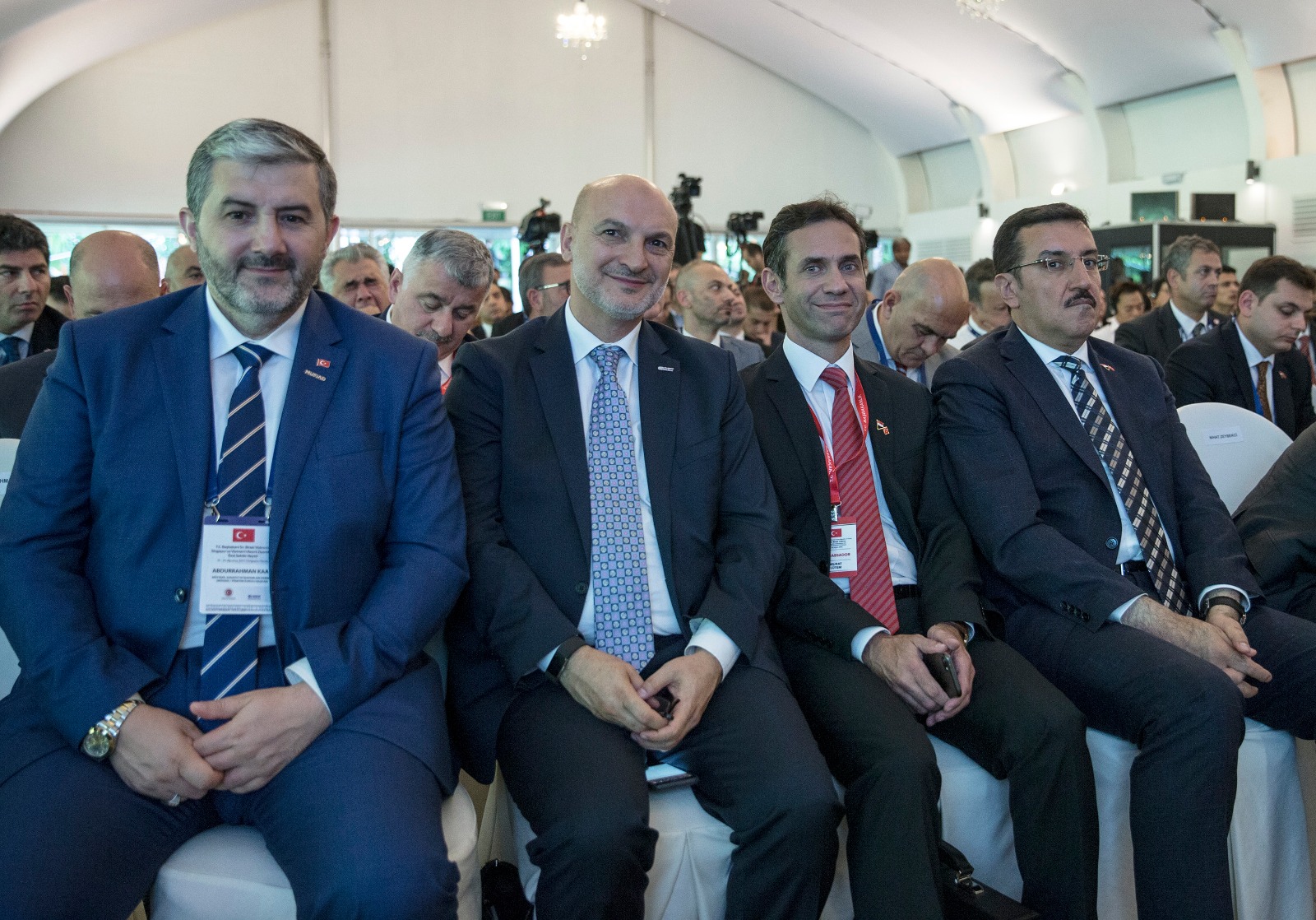 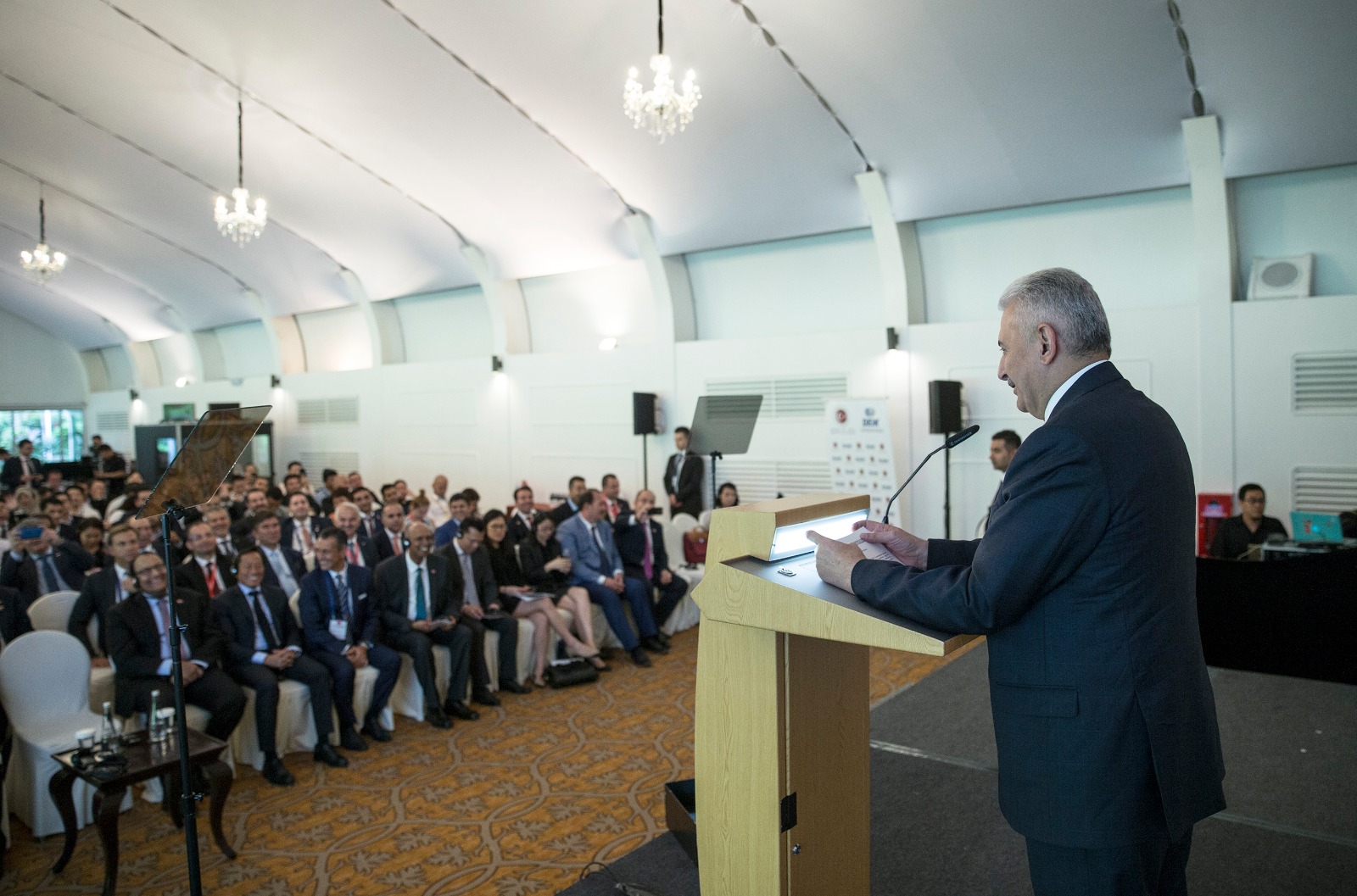 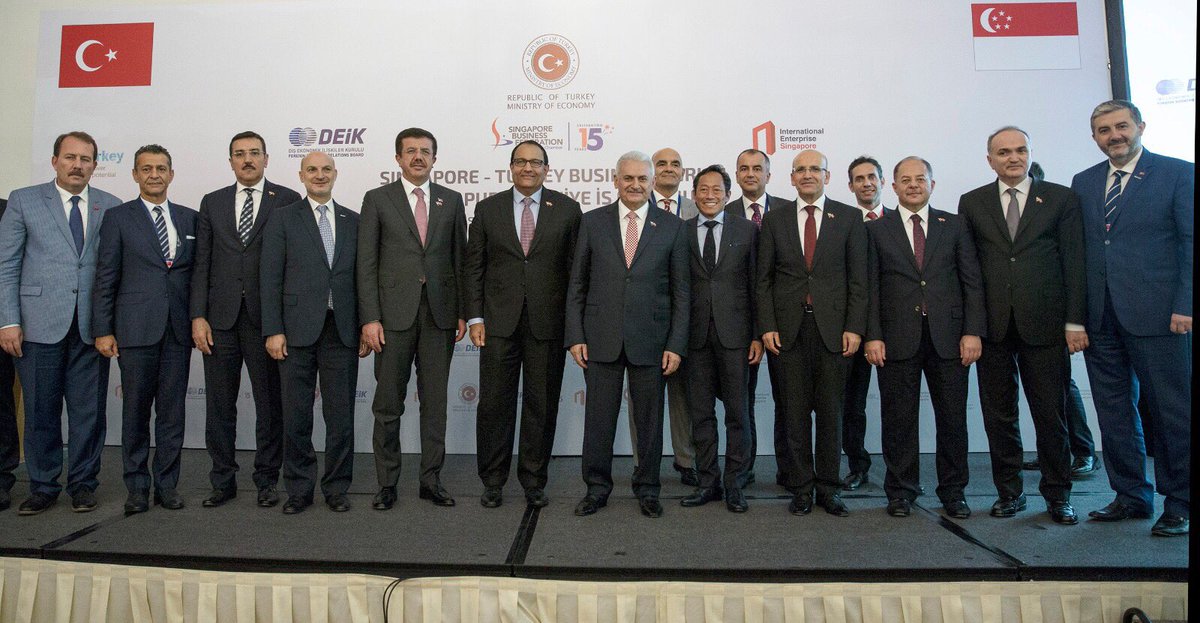 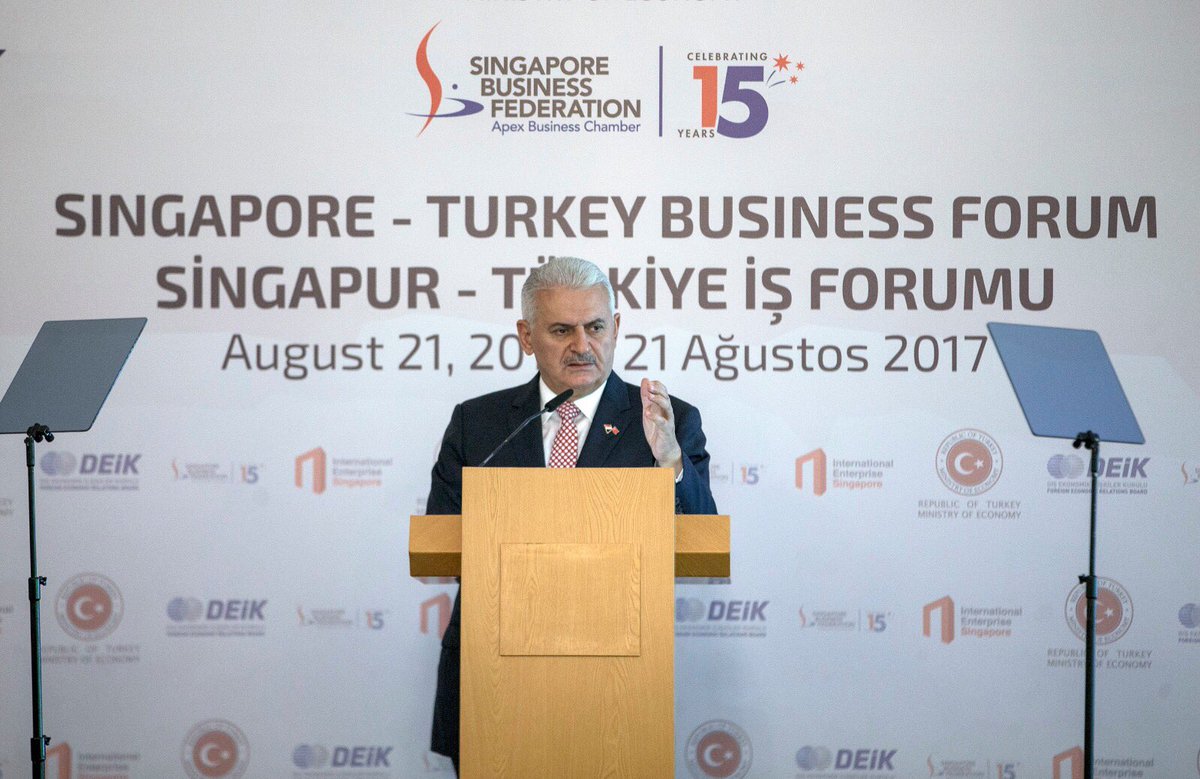 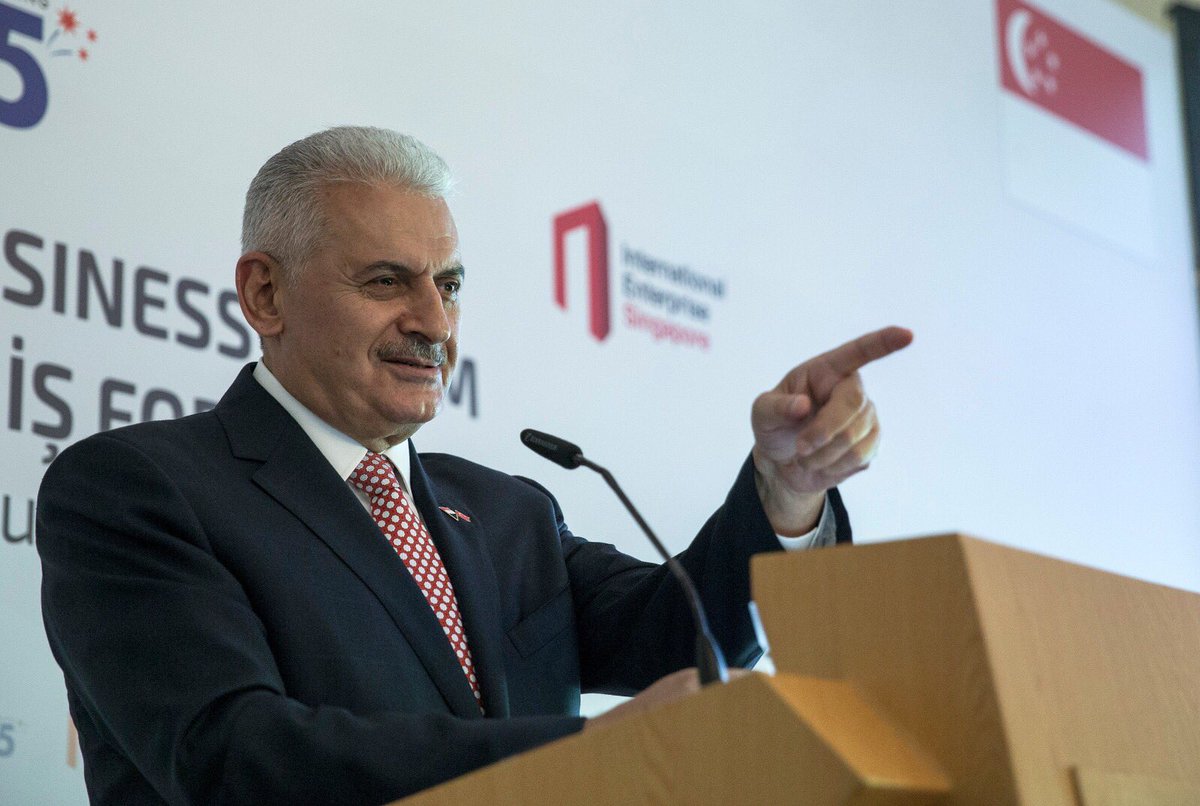 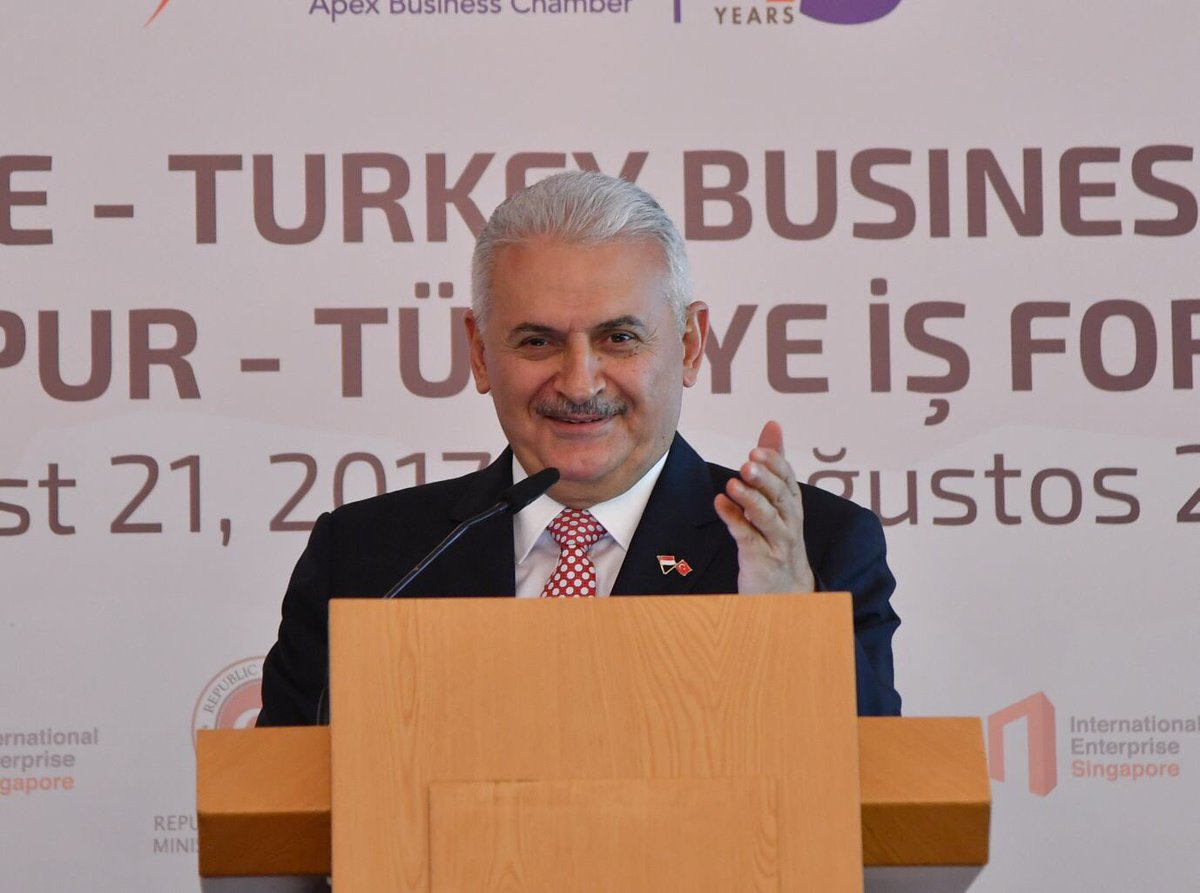 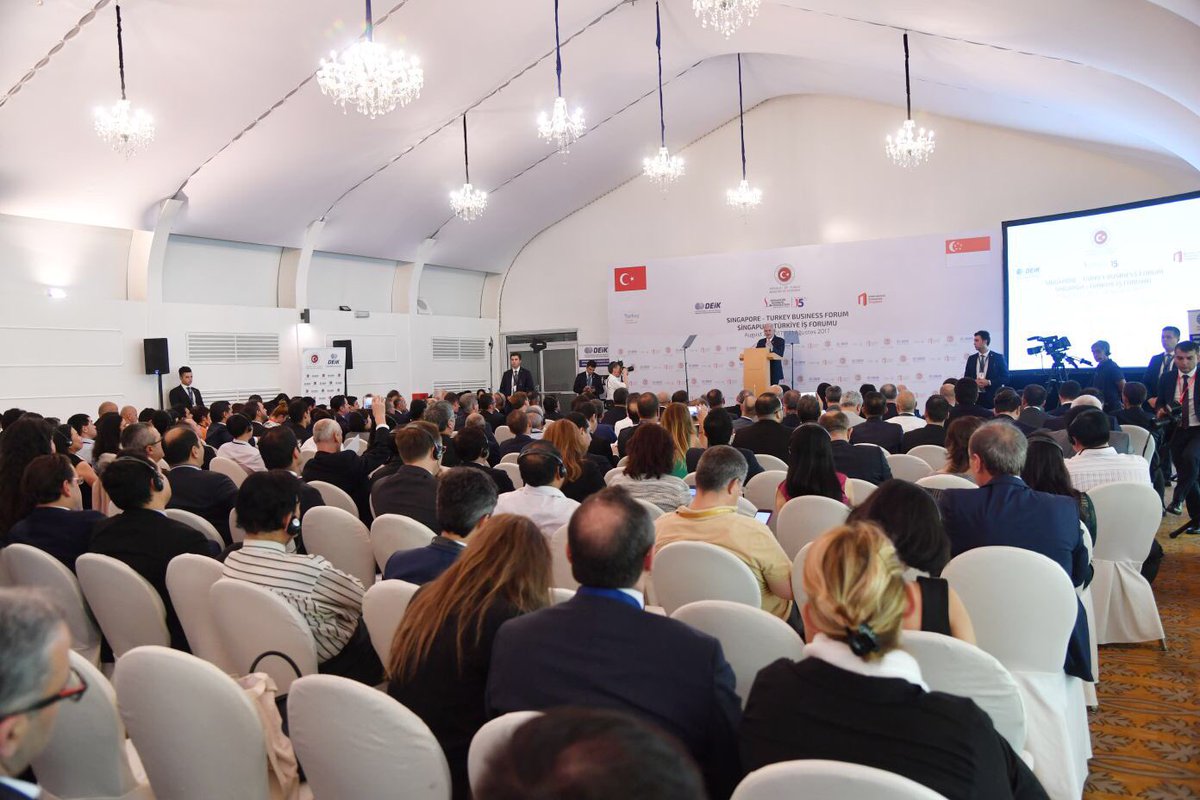 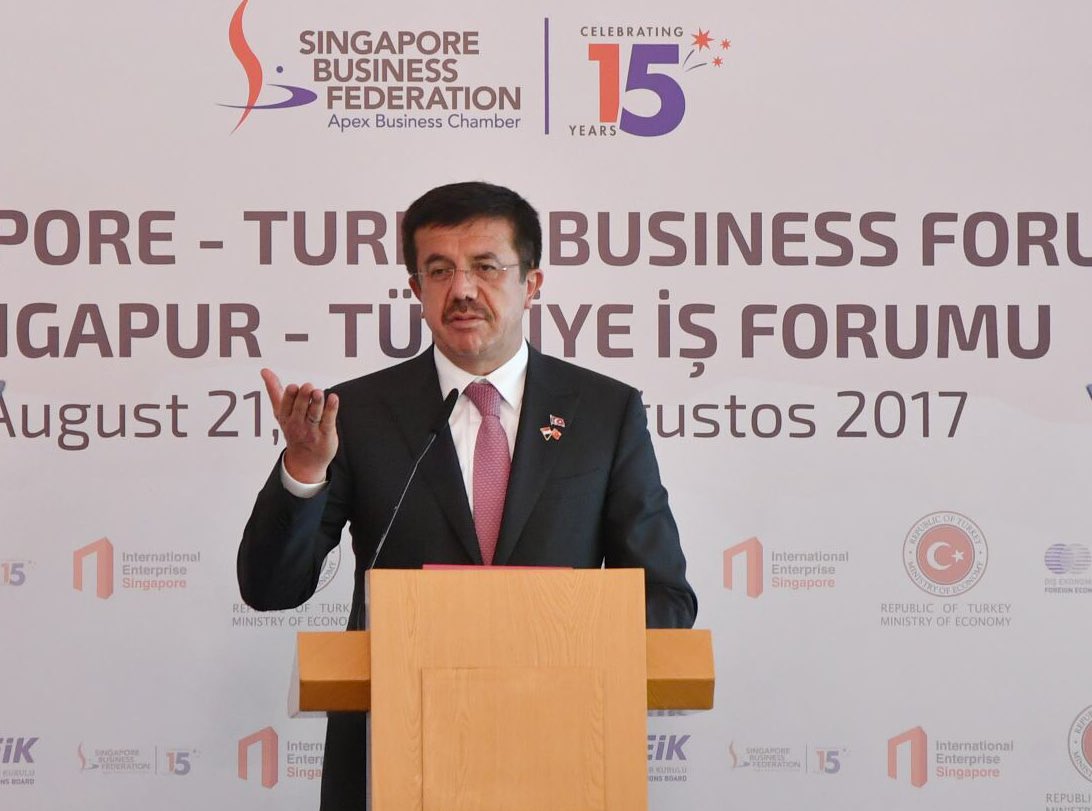 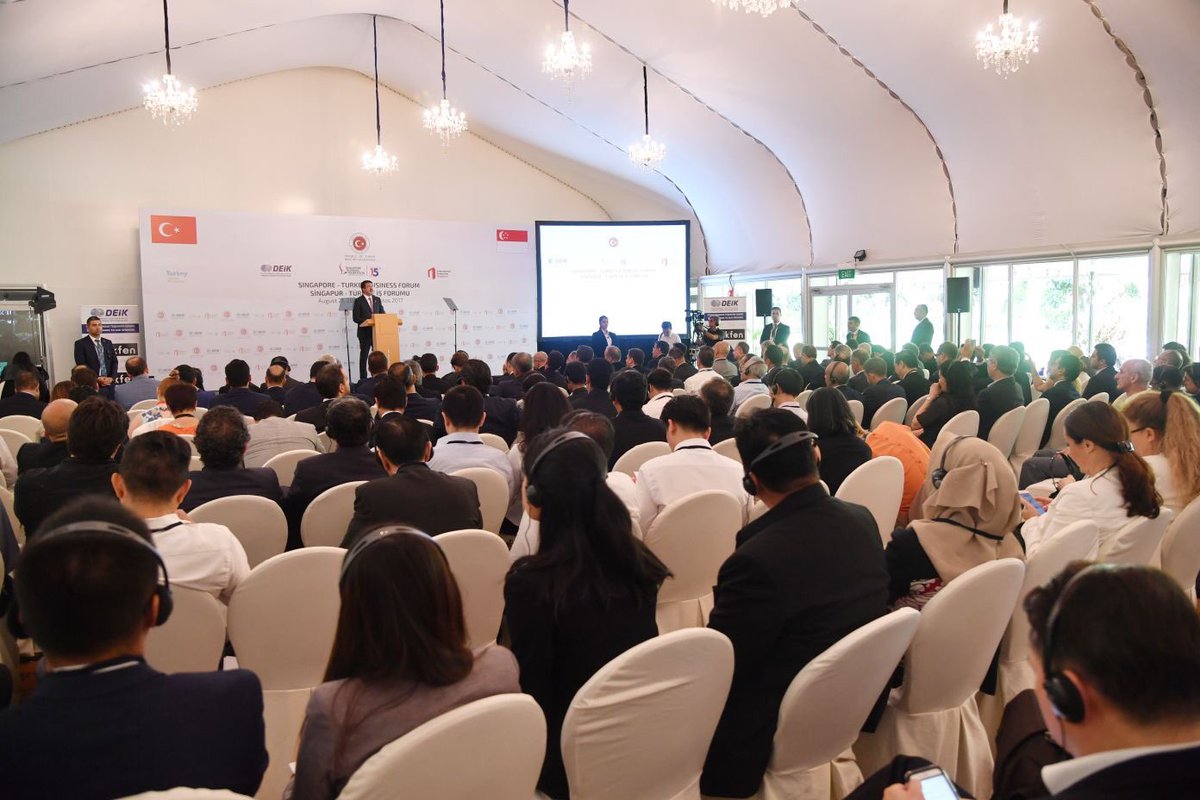 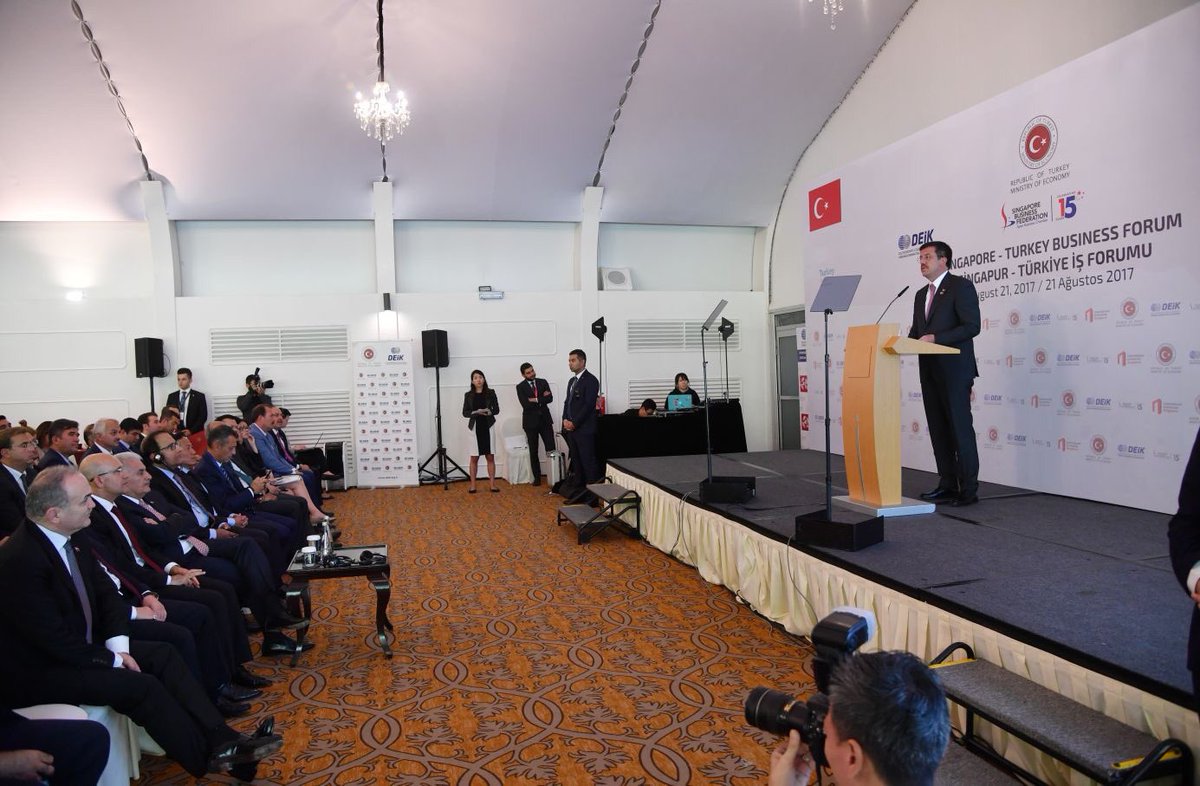