The index ranks the countries of the world according to the selected criteria, which are important for Turkish investors. Developed for the first time for Turkish companies, the Index is planned to be updated regularly every year thereafter.

DEIK President Mr Vardan, "Turkey in the 1980s with exports starting the global economy integration process continues with the investments made in the company of our production capacity and the formation of capital accumulation and abroad. The investment made by the company in the global market in line with our long-term goal and we support Turkey sees itself as a strategic issue. Foreign investments, which will reduce the current account deficit, structural know-how transfer, and contribute to supply security, should be encouraged and supported. "

Turkey Deloitte Consulting Partner and Head of the Corporate Finance Basak Vardar said in relation to the report: "investment abroad, today it is an important agenda item for Turkish companies. Especially large-scale groups with a certain capital strength and leading companies in their sectors are actively evaluating foreign investment alternatives with the aim of becoming a regional power. We see that Turkish companies' purchases abroad are increasing every year. Over the past decade, Turkish companies have made 250 purchases in foreign markets, with a total value of about $ 25 billion. Neighboring geographies, countries that are the main trading partners and countries with strong political relations came to the fore among these markets. Production, construction, infrastructure, energy, tourism, food, chemistry and retail were the most invested sectors. "

Volkan Kara, Chairman of DEİK Outbound Investments Business Council operating under DEİK said, "The production, finance, employment and investment capacities of our Turkish investors abroad are; international competitiveness, productivity, similar processes on Turkey to increase the efficiency and profitability of incentives and support mechanisms need to be developed by the examined countries, "he said. Business Council President Kara stated that they have prepared a road map on this issue and they are working in cooperation with the economy management.

The Outbound Investment Index, whose methodology was created by DEİK experts and again, with the contributions of DEİK Outbound Investments Business Council Members and Deloitte experts, contains and weights; countries' level of development and know-how potential, domestic and neighboring market size, labor, logistics and production costs, raw potential, legislation advantages and disadvantages and economic and political relations with Turkey. In the index study, countries are indexed as 'middle and low income countries' (countries with annual income per capita less than $ 20,000) and 'high income countries' (countries with annual income per capita of $ 20,000 and above) according to their per capita national income levels. It is gathered under two groups and the first 25 countries in each group are ranked.

China ranks first in the middle and low income countries, while the USA comes to the fore in the class of high income countries. FDI stock in Turkey in the European countries with the highest share in the index holds an important place.

Given the origin and economic size of the major brands bought by Turkish companies, developed European countries continue to be important investment addresses. Nevertheless, it is seen that European countries that were members of the EU after 2004 and developing countries like Romania, Poland, Hungary and Baltic Region are attractive geographies for Turkish investors.

It is stated that the countries in the American continent have the potential to stand out as attractive countries with their market diversification needs and raw material potentials, even though Turkish companies have a very limited share in the current investment stock.

It is estimated that the perception that the political uncertainty in the Middle East will continue in the coming period will push Turkish investors towards regions such as Asia-Pacific and America. 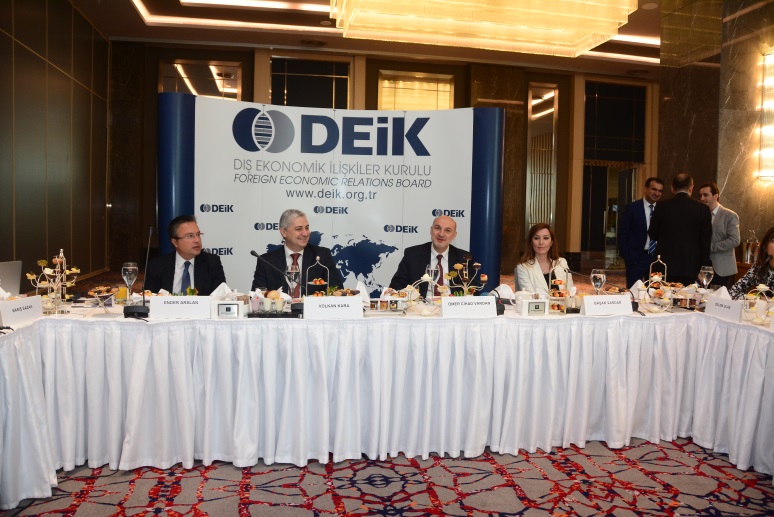 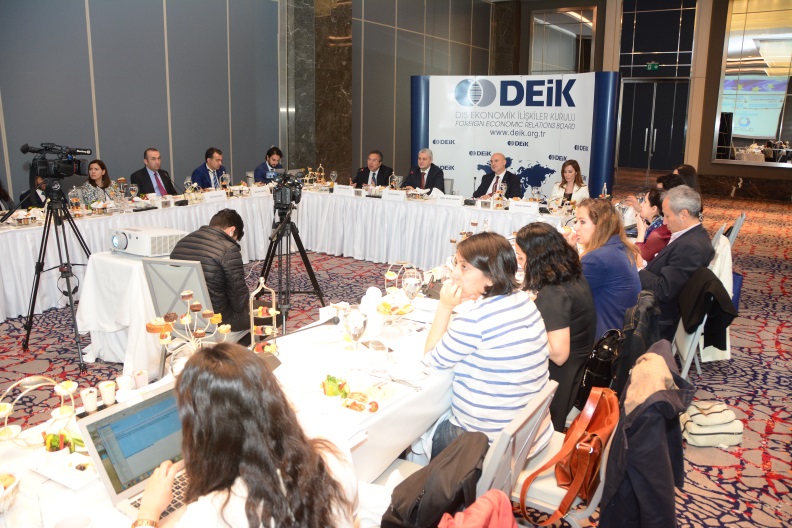