The Outbound Investment Index' report prepared in cooperation with the Foreign Economic Relations Board (DEIK) and Bain & Company was presented to the public at a press conference.

The index ranks the countries of the world based on selected criteria that are important for Turkish investors. Based on the fact that the periodically prepared index affects the investment priorities of the country's internal dynamics, this year; examines in 3 groups as high, middle and low income.

In his statement regarding the 2017 Foreign Investment Index, DEİK Chairman Ömer Cihad Vardan said that Turkish companies are a shining star in their category in order to become a global player with the mergers and acquisitions or investments from scratch abroad. Stating that foreign investments have increased 10 times in the last 15 years and the increasing trend has continued to increase, DEİK President Vardan said that the priorities of Turkish companies are far from reflecting their motivations and concerns. Stating that DEİK / International Investments Business Council is following an approach that prioritizes the sensitivity of Turkish companies while designing the index, President Vardan said, "The number of Business Councils that make up our backbone has also increased. Today, we continue our activities with our 135 Business Councils, 128 of which are on a country basis. We do not want the world to remain untouched or contacted, so to speak. In addition, instead of buying and selling products in these countries; We constantly think about how and with what investments we will ensure the development of our businessmen. In other words, while we are trying to attract foreign companies to our country in new and advanced technologies, we are trying to develop suggestions for our companies to go to countries that we think it is very convenient and profitable for them to invest. " DEIK Chairman Vardan, he recalled that the first and only study conducted in Turkey in the field of Overseas Investment Index and several international organizations, consulting companies, banks prepared by the investment index of the work of Turkish companies' priorities, he added motivation and concerns of the words is far from reflecting.

Volkan Kara, Chairman of DEİK Outbound Investments Business Council and Bain & Company Partner, in his evaluation regarding the report; "As can be seen from the findings of our report this year, although there has been a slight fluctuation in the global investment flows compared to the previous year, Turkish investments abroad have not been below the speed achieved in recent years. Global investment flows, under undersized global economic and commercial growth, fell 13% in 2016, reaching about $ 1.52 trillion. Global mergers and acquisitions reached $ 831 billion with a 13% increase, reaching the highest level after the 2007 crisis. However, with the triggering of large infrastructure projects carried out in a limited number of countries, new investments increased by only 5% compared to the previous year and reached 810 billion USD. In this context, I positively evaluate the performance of Turkish companies in foreign investments in 2016. In the index, in line with the behavior of the recent Turkish investors, in the selection of investment addresses; Countries with organic commercial ties and countries with political relations have become prominent, especially the Balkan countries and neighboring geographies. Production, tourism, infrastructure, energy, food and retail were the most invested sectors. " Stating that they will continue to invest in the foreign investment theme; "While companies that want to climb to the top of their value chain, foreign investments are an essential issue, they can be a springboard to overcome the structural problems of the Turkish economy," he said.

Methodology Index prepared with the contribution of DEİK Outbound Investments Business Council and Bain & Company consultants; world countries 'business environment and social development', 'know-how potential', 'domestic and neighboring market size', 'legislation infrastructure', 'production and raw material costs,' 'relations with Turkey' assesses in accordance with established criteria under the main headings. The categories determined by the results of the periodic investor perception survey conducted for DEİK members are high performance in many of the developed countries. This year, the index has been prepared in 3 categories in order to evaluate the less developed countries that are attractive for Turkish investors. Thus, it is possible to make a relative ranking among the countries separated by income level.

Highlights in the report:

In the index, while maintaining the leadership of the USA in the high-income countries class, and China in the middle-income countries class; Azerbaijan ranks first in the low-income countries class. European countries with the highest share of FDI stock in Turkey holds an important place in this year's index. Russia and England, which are on the rise in the index compared to the previous year, draw attention. The UK-based investments and sector players, which are stripped of the post-Brexit EU regulatory framework and constraints, are more hopeful compared to the previous year to scale up. Russia is Turkey's most crowded part of the country where the existing stock investment scheme over the previous year with the introduction of political relations this year broaches an important place.

Eastern European countries continue their exit as investment addresses in recent years. Poland, Hungary, Romania, Turkey is required from manufacturing operations around the world need to attract substantial investments turned on. In the widening EU axis, the Baltic countries have an important place in the index with their business environments and appropriate geographical locations.

According to the calculations of DEIK, the Middle East and Eurasia regions, which are the regions where the decreasing oil prices were the most affected, were the regions where Turkish-origin investments decreased significantly compared to the previous year. However, the relations that started to improve with Russia, which has the highest number of Turkish investments, cause this region to be evaluated a little better than the previous year. The Turkic Republics and Russia have an important place in the index results compared to the previous year.

It has been determined that there was a 2-fold increase in investment flow to the Asia-Pacific region compared to last year. This hot investment address of the world, which has remained in the foreground for reasons that are not very rational in our economy agenda, still contains important opportunities. Both the political and economic relations of these countries, which have a serious Muslim population, have made significant progress in the past year. Shanghai Cooperation Organization Energy Club Term Presidency, President Erdoğan's visits to India and China, investments from scratch and corporate purchases made by our corporate holdings, and the active interest of our contracting companies in the region are important steps. China, India, Indonesia and Malaysia, which have managed to enter the list, appear as important addresses on the radar of investors.

In 2016, an investment of 2.8 billion USD from scratch and a merger and acquisition of 3.6 billion USD were realized abroad. Investment in production, logistics, tourism and food sectors came to the fore. 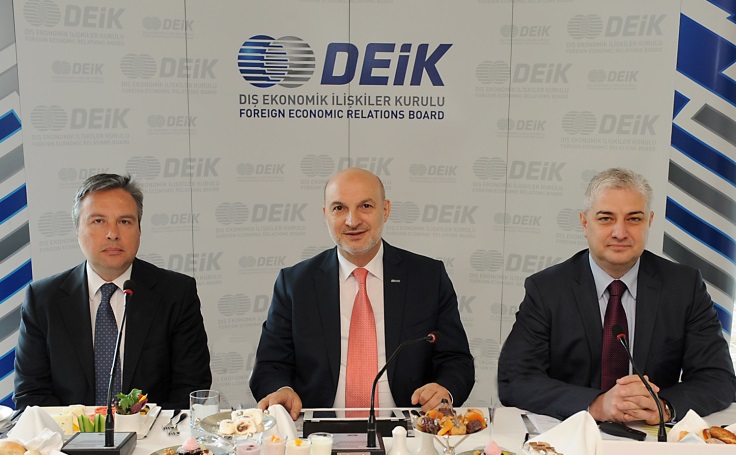 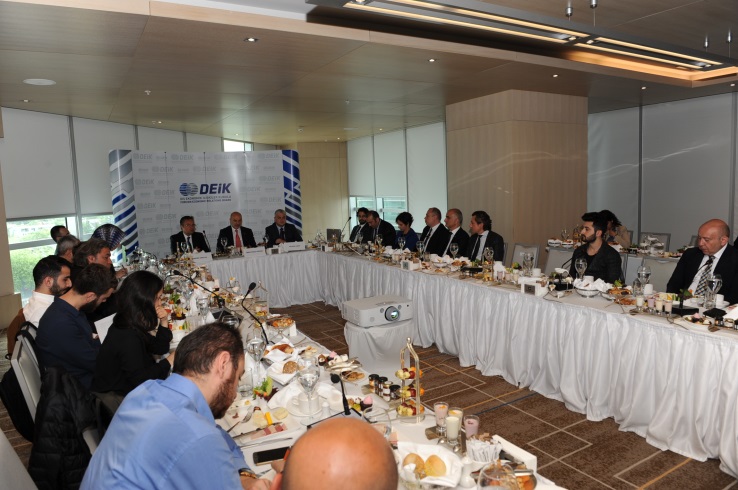