Addressing the participants in the Forum, Republic of Turkey Prime Minister Binali Yıldırım defined Turkey and Vietnam as ‘two countries with similar objectives' and stated that they aspire for the political and economic relations with Vietnam to be further developed and improved within this scope. Prime Minister Yıldırım, expressing that the approval processes of Agreements concluded with Vietnam in 2014 were finalized and further noted that the investments of Turkish investors in Vietnam as of the year 2017 are worth 700 million USD. Prime Minister Yıldırım, stating that they are looking for the initiation of the negotiations for Free Trade Agreement between Turkey and Vietnam as immediate as possible, noted, "We would like Turkish business people to get involved for the development of rapidly growing Vietnam. Development and prosperity of both Vietnam and Turkey are substantial not only for our countries but also for the Region."

Republic of Turkey Minister of Economy Nihat Zeybekci, in his speech,defined Vietnam and Turkey as "two brave countries" and said that Vietnam, located at the heart of a geography with one billion population, hosting a substantial potential for Turkey. Minister of Economy Zeybekci, noting that trade relation between the two countries is required to be rendered more balanced and sustainable for the upcoming years, said that they would like to welcome Vietnamese officials in Turkey at the end of this year. Minister of Economy Zeybekci, expressing that they are ready to initiate the negotiations for the Free Trade Agreement (FTA) with Vietnam, further said, "We are ready to negotiate an agreement in which both Turkey and Vietnam have a win-win situation".

DEİK President Ömer Cihad Vardan said that they aspire to establish a brand within the Asia-Pacific Region by means of both countries getting familiar with each other and utilizing the potential within in the most accurate and effective ways. DEİK President Vardan further stated, "We are quite optimistic and hopeful about the Business Forum for the future and we consider this as a new and fresh start and a step to be taken within our economic activities." President Vardan, mentioning that they would like to be involved in motorway, harbour, airport and railway construction projects of Vietnam as Turkish contractors, further stated, "We are seeing the marvellous potential in tourism and tertiary sectors and we would like to proclaim that. When it comes to Vietnam, we are thinking of not only Vietnam but also Laos, Cambodia, Thailand and Burma." President Vardan, stating that they intend to proclaim the magnitude, opportunities of Vietnam with the population of 92 million and its prospective potential along with the neighbouring countries to Turkish business world and to practice upon this potential to the benefits of both countries, noted, "We are aspiring for the negotiations for the Free Trade Agreement to be initialized and finalized expediently." President Vardan requested for steps to be taken for the establishment of a Turkish Industrial Park in Vietnam serving the purpose of an entrance gate to Vietnam.

Vietnam Chamber of Commerce and Industry (VCCI) Deputy President Dr. Doan Duy Khuong, remarked in his speech that the trade cooperation between the two countries has progressed at a great pace within the recent years, further pointed out that markets with high potential are required to be identified accordingly. Vietnam Chamber of Commerce and Industry Deputy President, stating that they would like to practice upon the Turkey's potential in numerous sectors such as agriculture, textile, construction materials and shipbuilding, further stated that Vietnam has become a centre of attraction, particularly in textile sector, on Asia-Pacific Region sector, invited Turkish business world to invest in Vietnam. 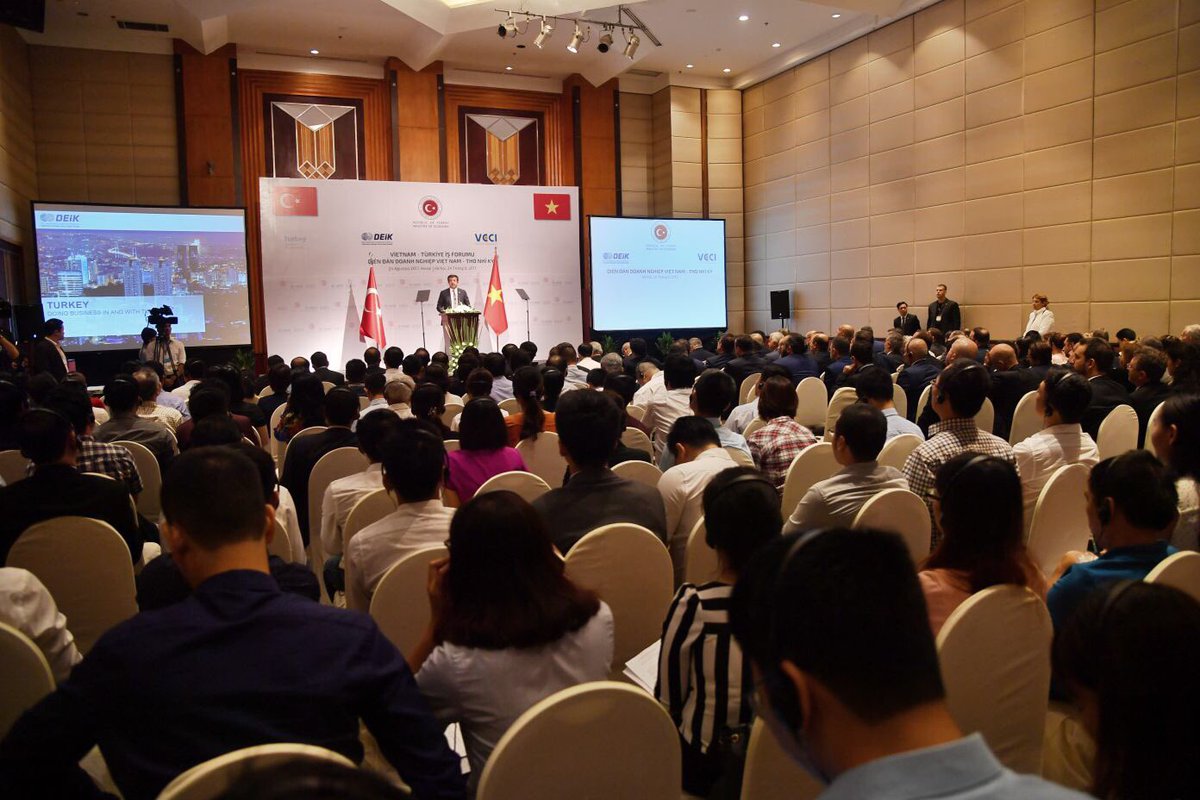 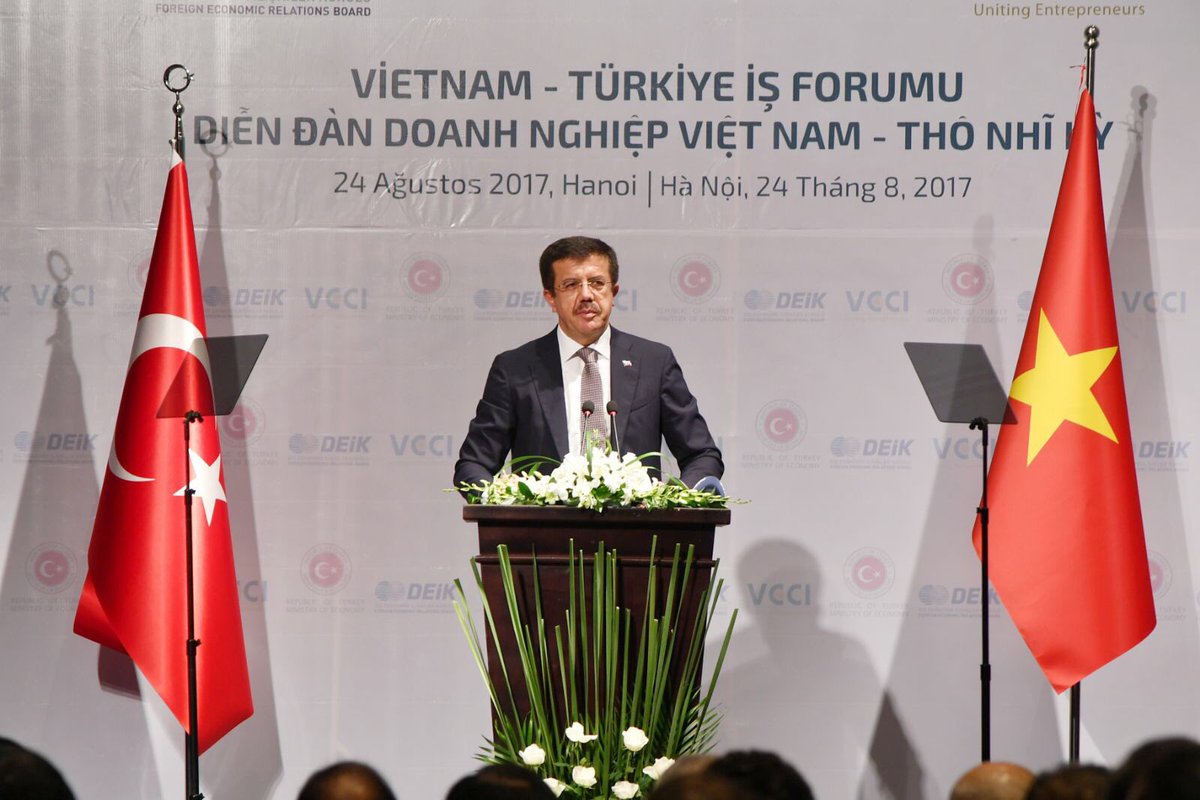 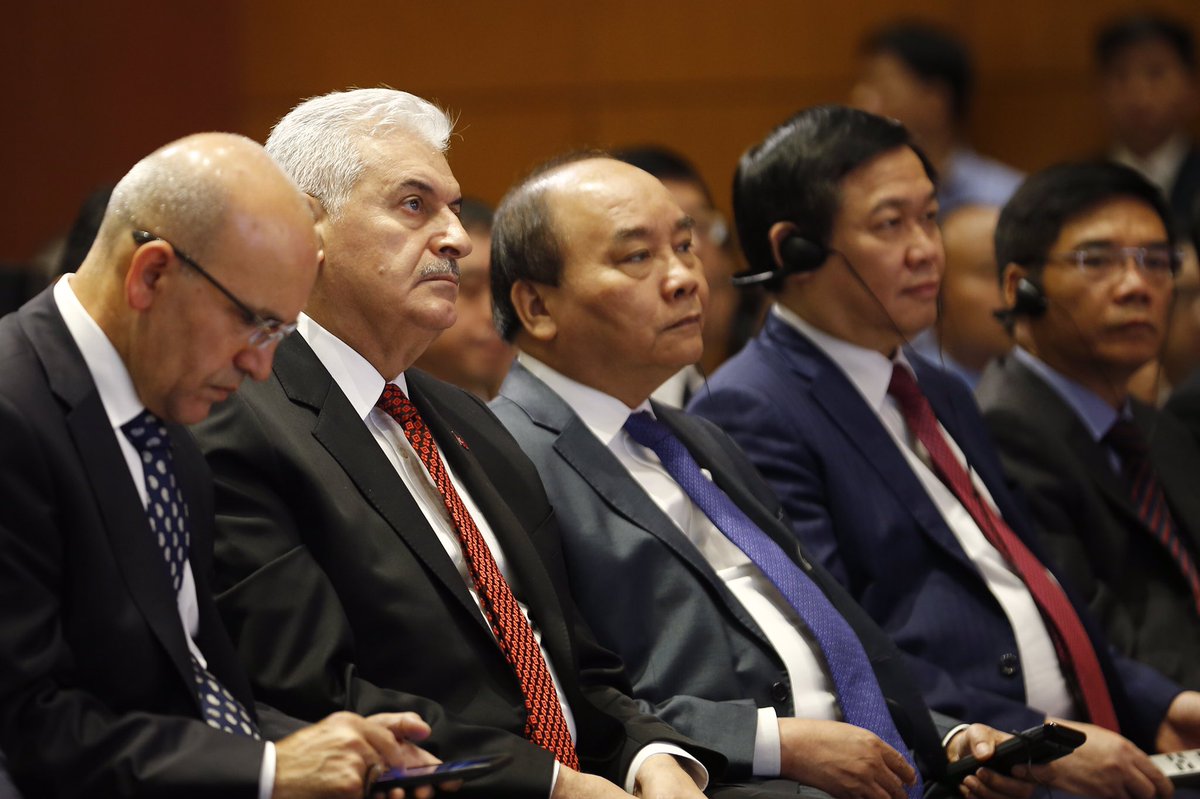 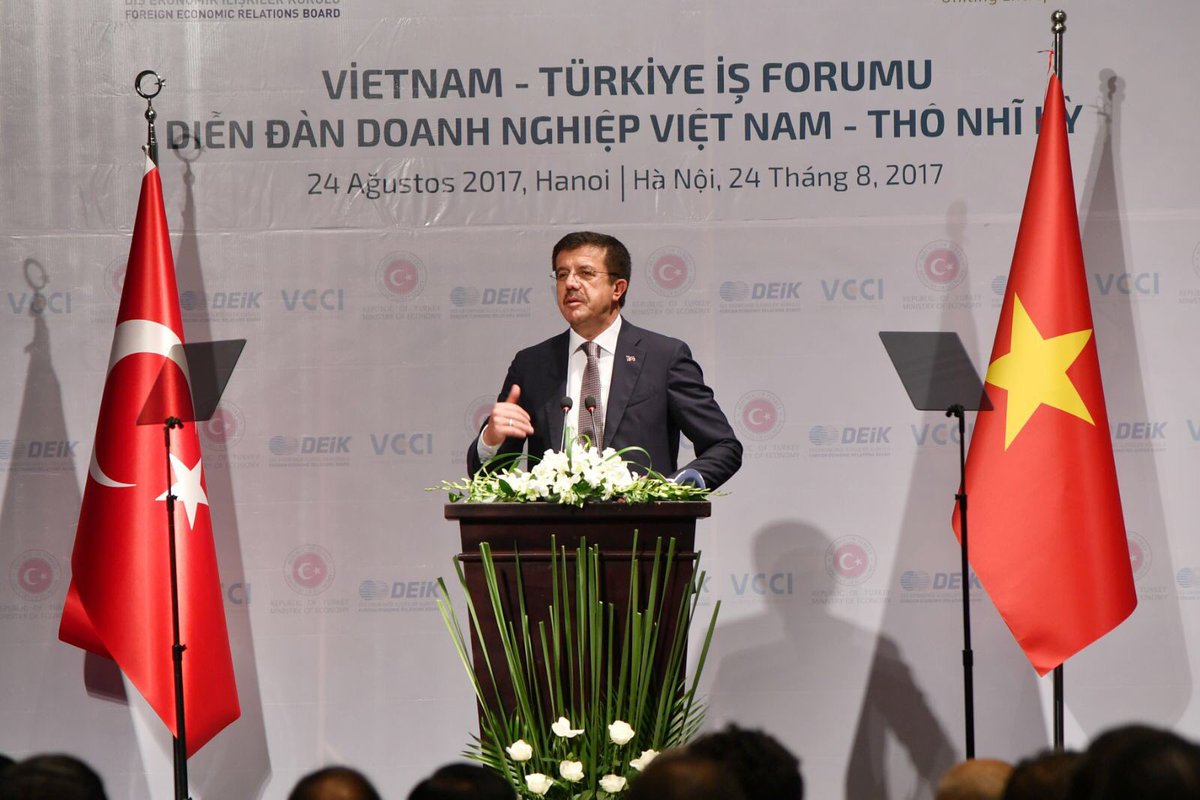 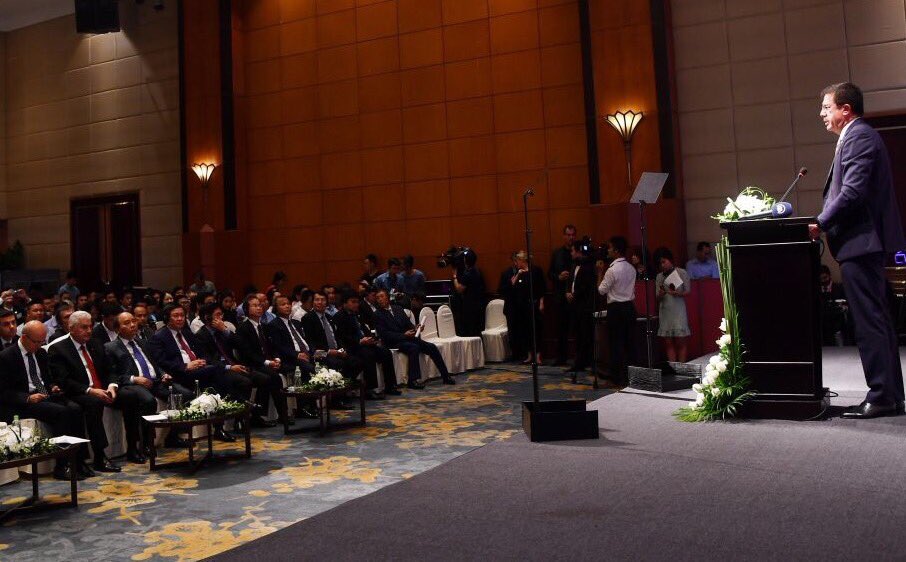 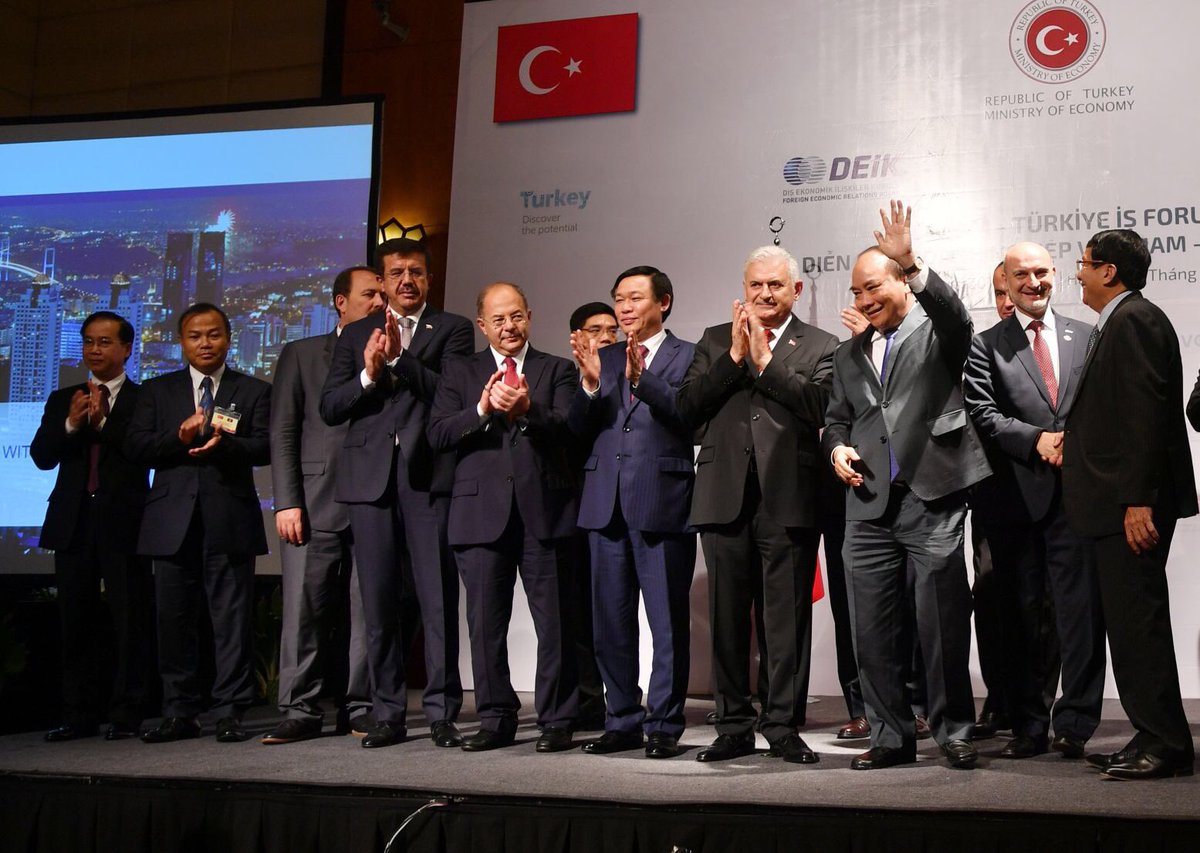 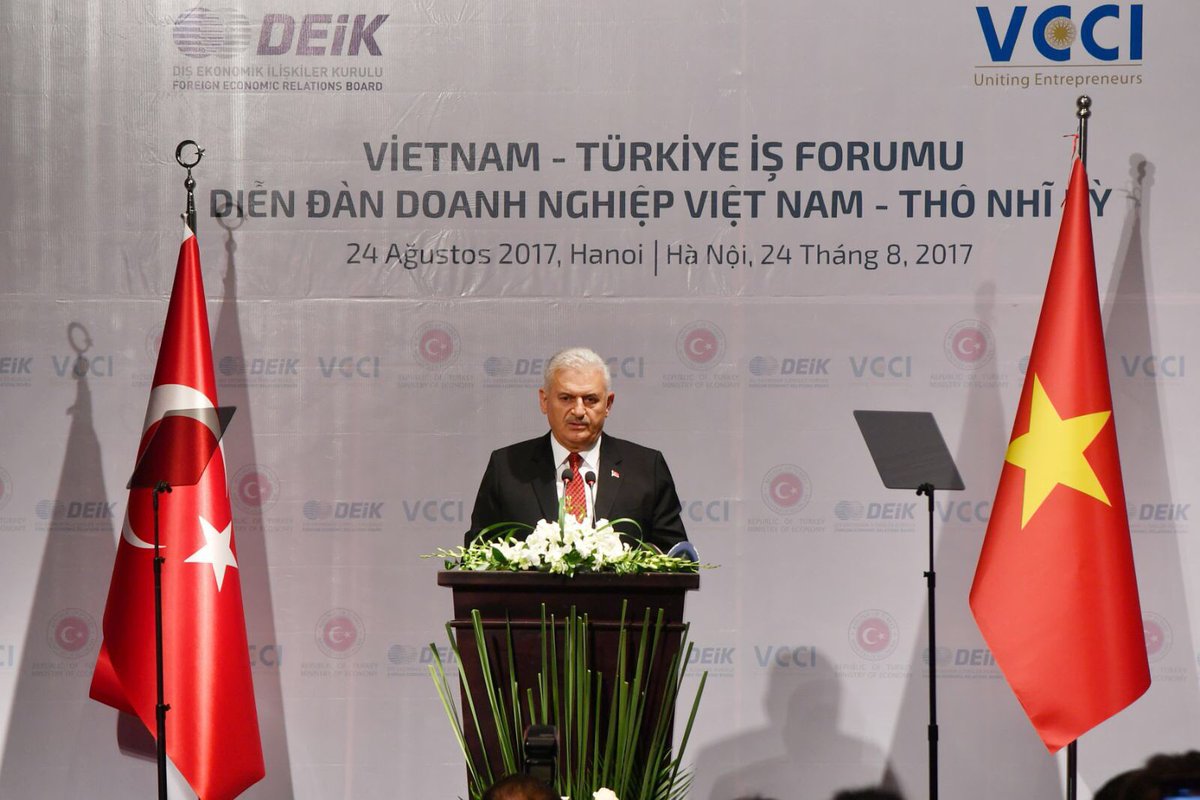 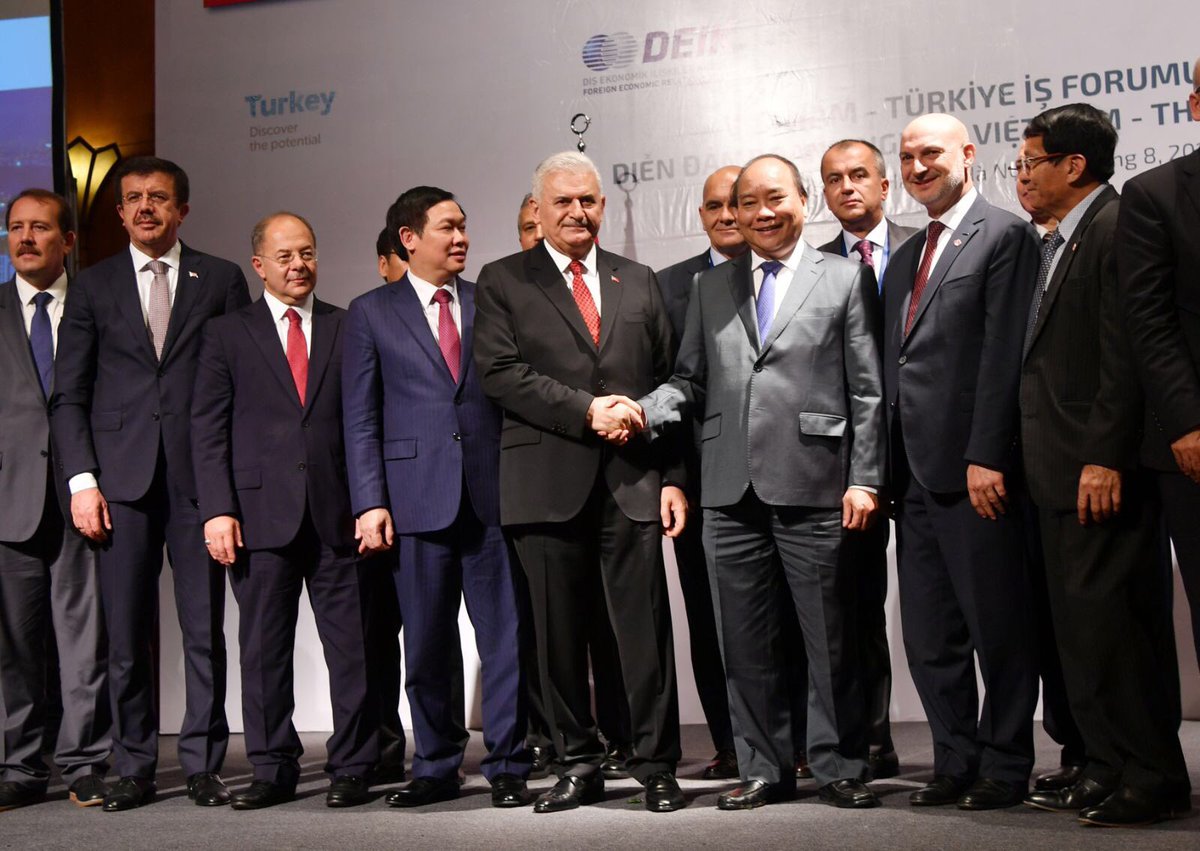